It’s pretty impossible to overstate how humongous WrestleMania X-Seven was for “this business.” It’s also pretty hard to wrap your head around how “lightning in a bottle” the whole thing was. Change a couple of things that were outside of Vince McMahon’s control in the first place and the event would probably be remembered as a very good, maybe even great PPV. But so many things just sort of coalesced on April 1, 2001, to make this the WrestleMania event for the ages. WrestleMania—the annual event—is often dubbed “the showcase of the immortals,” but never has that moniker been more aptly applied than to X-Seven. 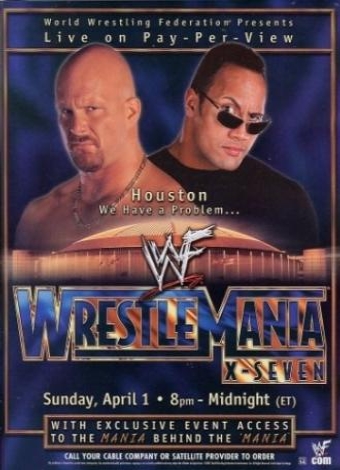 Four things stand out for why the show was so magical.

First, there was the WCW buyout that occurred in the literal days before the event, creating a flood of speculation about what the rest of the year’s storylines would bring and what superstars would be joining the company. Yes, we all know how Vince and co. bungled things, but before that could happen there was only the endless hype that created a tidal wave that carried Mania X-Seven’s already tremendous buzz to new heights.

Second, you had a roster of stupidly great talent, already overflowing with castaways from the recently defunct ECW, and ship-jumpers from the sinking WCW, not to mention countless homegrown future Hall of Famers in the prime of their careers. The mid-card of the WWF in late 2000/early 2001 was essentially a Greatest Hits of the Attitude Era, and basically everyone had the chance to strut their stuff, from Chris Jericho to Kane, Kurt Angle to Triple H, Trish Stratus to the Undertaker, the APA to Eddie Guerrero, and on and on the names go. The late addition of the WCW roster meant several old-timers were given a moment in the sun in the Gimmick Battle Royal (commentated by Bobby the Brain and Mene Gene). Find me another card as overflowing with, not just talent, but talent that was so well-used. You can’t.

Third, there was the build-up to and execution of the TLC match which, though it had already been done at SummerSlam the year before (and at Mania 2000, essentially), arguably peaked here and has become so watered down as to lose its luster that it’ll never hit with the same impact as it did in 2001. The shot of Edge spearing Jeff Hardy from ladder to canvas is a top-five most iconic moment in WWF/E history.

But the real cream of the crop, the real cheery on top, the real main-event in the figurative as well as literal sense, and the real reason this event is as special as it will always be, is Austin|Rock II.

The match was thanks to a tsunami of circumstances that simply cannot be manufactured again, not only because there will probably never be two superstars as big as those two ever again, but also because one of the only reasons the match was so special was because they had been forced apart during Austin’s injury hiatus; Vince would never have the kind of patience and willpower to (willingly) keep his two biggest superstars away from each other for a year, making it impossible for two superstars to step into the ring, one on one, after so much hype had been built. The fact that Austin was at his peak and never faded but instead had to step away, while Rock blossomed into a superstar of equal stature is lightning in a bottle happening. Guys go down with an injury and other guys step up, sure; it happens all the time. Rock vs Cena was a year-long idea, I know, but we’re not talking about just anybody stepping up and scraping by, keeping the seat warm for the king while he’s away. And we’re not talking about a big showcase that has the luxury of being promoted for a year because one-half of the match had movies to shoot in the interim. 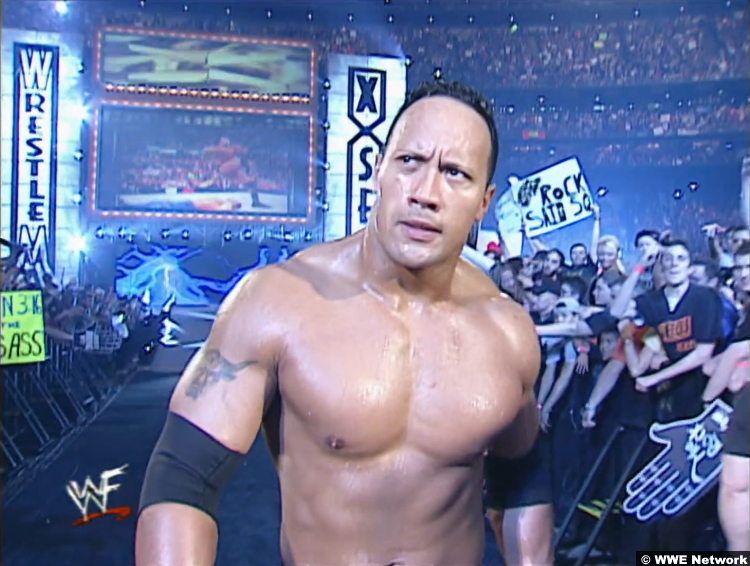 We’re talking about a superstar as big as Hogan in the ’80s, at the peak of his success and popularity suddenly having to take a year off due to injury. You don’t just replace Hogan. It took Vince seven years to find another star that popular when Austin blew up. You don’t just replace Austin. And yet, Austin went down right as The Rock was blossoming into a superstar of equal stature, a stature he never would have been able to reach had the top of the mountain not been vacated by Austin’s injury. And, even more fortuitously, Austin was able to return after being away just long enough to be missed but not so long as to be forgotten, and just in time for the build-up to WrestleMania, setting up the first and only time in pro wrestling history where a “dream match” was able to take place between two people who had spent years in the same promotion, and who had already wrestled…at WrestleMania…in the main-event…just two years earlier! 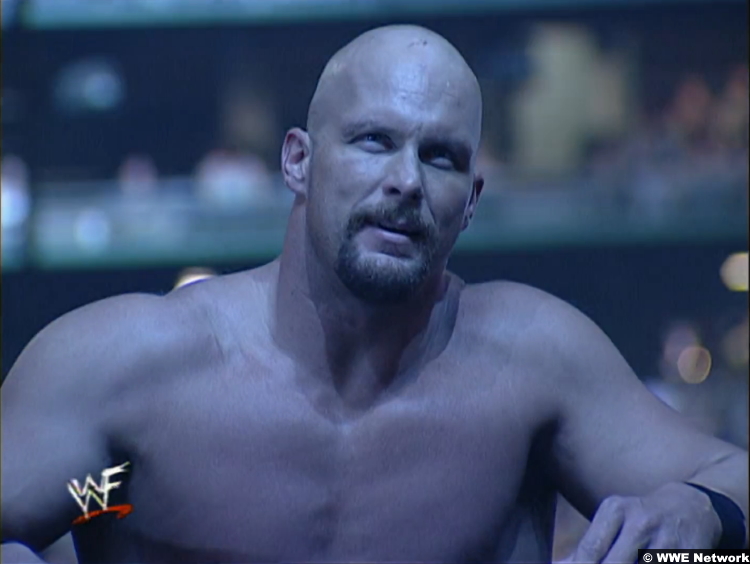 Words can not express how wonderful the build-up to this WrestleMania was, not just the main event, but the entire show. Looking at the now-famous stacked card and working backward, you can follow the storylines that culminated in matches that helped make WrestleMania X-Seven the best of all time. There’s not a storyline to be had that didn’t offer some measure of entertainment. Raw and SmackDown were shows packed wall to wall with non-stop, two hours of entertainment from Hall of Fame talent, week after week after week. It was a true renaissance era for superstardom and fan enthusiasm, and one we’re not likely ever to see again.

Austin and Rock’s interactions as they inched toward the main event were extraordinary. The reason is largely based on circumstances outside either man’s control. Austin was a fresh character after a year away. Sure, he didn’t seem to be in any danger of becoming boring in late-1999, but “creative” seemed to be running out of ideas for him. The segments he and Rock had on the half-dozen Monday and Thursday shows leading up to WrestleMania X-Seven showed that the writers needed the time away from Austin much more than Austin did. Rock’s character was allowed to flourish away from Austin’s spotlight, giving him much more of a superstar presence than he had in the spring of 1999. Back then he was merely a wrestling avatar for Mr. McMahon. By the spring of 2001, he was the hottest babyface in all of pro wrestling.

And yet, so was Austin.

There’ll never be another two superstars like these two. The circumstances that allowed them both to come up to the top of the mountain under the same umbrella are impossible to duplicate. The natural chemistry between them, their equally unmatched (yet different) talent on the microphone, and their unique connection to the crowds all made this a once-in-a-lifetime, lighting-in-a-bottle kind of circumstance.

When you think of WrestleMania “dream matches” or “Icon vs Icon” matches, most think of the Hulk Hogan vs. Ric Flair match kicked off Hogan’s WCW run. Most think of Hogan vs. Rock. Most think of Rock vs. John Cena. This is different. Hogan and Flair were the top guys in different promotions, who came together after rising to the top of their respective empires. Hogan vs. Rock and Cena vs. Rock involved guys from different eras colliding in a generational battle.

In 2001, this was a dream match that was brewing right under our noses, and speaking on behalf of the fans who watched every Monday and Thursday night, we all knew it was a dream match in the making. We all appreciated it for how special it was. And we knew it was something we might not ever see again.