Nancy Drew S03E06 Review: The Myth of the Ensnared Hunter – Curious and curiouser!

With little to no leads to go on in the Frozen Hearts Killer case, Nancy decides to look into the one thing she knows. The Man in the Hat was imprisoned somewhere. Trott is from the area, so it has to be nearby. It also has to be hidden, because it’s a prison capable of holding a supernatural creature, and I guess we don’t just put those out in the open?

Like, listen, I’m not a supernatural law enforcement officer. I don’t know all the rules. They just tell me things, and I mostly accept them. I’m kind of like Ryan that way. He finds out that his daughter is going hunting for a supernatural prison and he’s like, when do we leave? He’s so trying to be the supportive dad and I really love him for it. 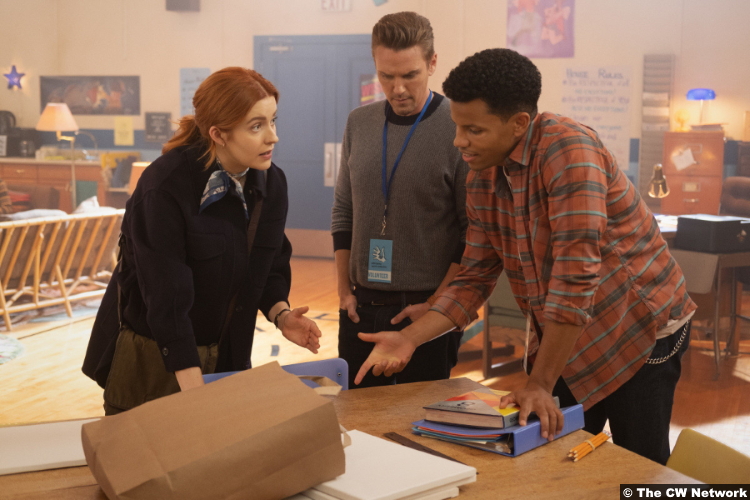 Of course, I already love Carson for that. I’m sure he’d go with Nancy, if she ever told him about these things before they happened and if he didn’t have his hands full with Ace’s case. It seems that his deal is going to fall through unless Ace can produce Bertram Bobbsey. Luckily, Amanda just happens to come back into town.

And whoops, what’s that? She doesn’t want to offer up any theories on where her dad might be? Hmm, weird. Actually, it’s not weird at all, because she leads Ace right to him. She knows Ace is going to follow her, but she lets it happen because she doesn’t want him to be in trouble, and she also wants her dad to be safe. And I must say I’m confused. This is exactly what you wanted, so why are you upset with Ace that it all played out as you’d planned? 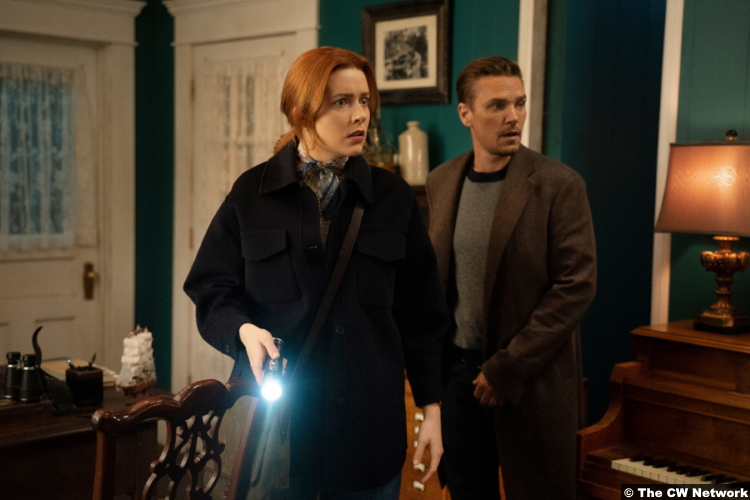 I mean, I know that purportedly, she’s mad because she thinks Ace didn’t trust her to do the right thing. But you weren’t gonna! Or if you were, then you were only going to do it as a plan B. Whatever. I feel like I’m being too hard on her, especially considering the way she was raised. It’s clear that Papa Bobbsey raised his twins to see everything as transactional. That’s why, when Amanda tips off Ace to her dad’s storage unit, she considers it a trade for Gil wanting to use that shroud, even if it killed George.

And speaking of, I asked in that linked review if George could ever get a break. At press time, she continues to not get any, but her luck might be about to change. The whole reason we’re even talking about Bertram’s storage is because he’s apparently got a lot of antiquities in there. Or just old crap, we don’t know. However, there is the possibility that he might have a “soul splitter,” a device that could detangle Odette from George. Boy, I sure hope.

Since things are heavy aboveground in Horseshoe Bay, let’s go back underground where Nancy and Ryan have found the spooky ooky prison cell. There’s also the weird, probably haunted doll in there, and Nancy immediately takes it. Always take a possibly cursed object, that’s what I always say. Anyway, in a development that shocks no one, the Man in the Hat shows up. Hey, just because he broke out (or someone broke him out) of the cell is no excuse to give up free real estate.

What is surprising, though, is that when Nancy and Ryan encounter him, he does not do the thing. By that, I mean they emerge with their hearts unfrozen and intact. All he appears to want is that doll. Curious. 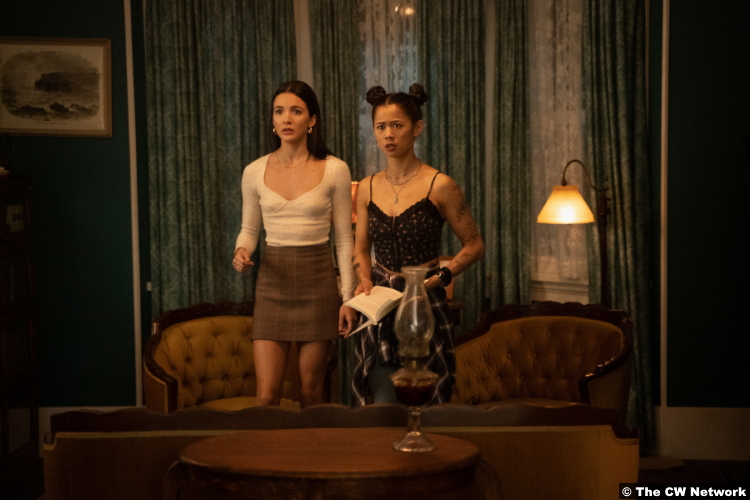 While still down there, Nancy realizes that if he’s traveling back and forth, there must be another entrance to the haunted prison. And they find it! They follow a path that leads them to a door, and on the other side? It’s a very surprised George and Bess in the Historical Society building! Curiouser.

If you’ll recall, the building has a lot of security, so they go through the surveillance footage. Along with Addy and Bess getting real ahistorical, they see something shocking. Hannah has the key to the cell and she knows all about the door, so she probably freed the Hat Man. I know Hannah is “out of town,” but uh, is Hannah the Man in the Hat? Is Hannah the doll?

8/10 – Curious and curiouser! Obviously, I have no idea what is going on, but I do like the ongoing mystery. More importantly, I like the return of Good Dad Hours. Ryan and Nancy got in some great bonding time, along with some details about Lucy. But most relevant to my tender feelings, Captain Thom made amends with Ace. Mostly. And that’s good, because last week was a real emotional rollercoaster (for me).

We begin this episode with a flashback of young Trott delivering papers. It’s 1992 and Jeffrey Dahmer is pleading guilty. Whew, those were the days, amirite?