In the wake of the arrest last week of Trott, Nancy still doesn’t feel settled. Of course, part of that has to do with what Trott told her–that whole thing about how there’s something bigger going on. However, she doesn’t really have a lot of time to focus on that this week, though, because everyone’s having vivid nightmares.

And not just bad sleepy time–I say vivid because they’re all sleepwalking and often, sleep trying to kill themselves. The bad dreams come in two distinct flavors, both terrible. 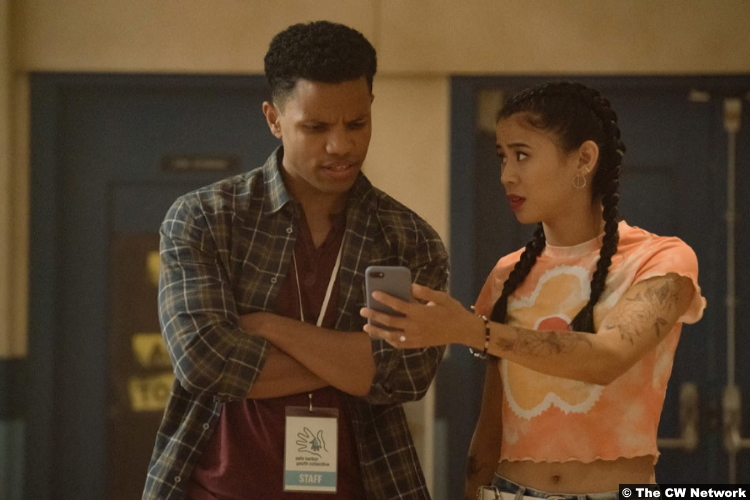 Outside of the near-death ones, there is the traditional nightmare, wherein the Drew Crew finds themselves trapped in recreations of their worst fears. George, for instance, has recently gotten a friend request from her biological father. Knowing how…colorful her mother is, I can only imagine what dad is like.

George is hesitant about reconnecting with him, so her nightmares reflect that. In one, for example, her father shows up at her wedding, then shares her fears with the other guests. She also later dreams of her funeral.

Nick meanwhile has finally achieved his actual dream, opening the youth center. But this is Horseshoe Bay, so of course, it doesn’t go as smoothly as one would like. For one thing, there’s not a whole lot of interest in it. But hey, it just opened. Still, though, that doesn’t keep him from dreaming that it’s empty. Well, apart from Nick and the sleep demon that’s haunting them.

While Ace is dreaming that Mr. Bobbsey draws him even further into the world of crime, Nancy is dreaming about Trott. She imagines herself at a local café, where the owner parrots Trott’s words to her. When she tosses a cup of coffee at him, she wakes up to find that she’s actually in the café, and that she’s actually thrown coffee at the owner. That wasn’t very nice of her, but he sucks, so. 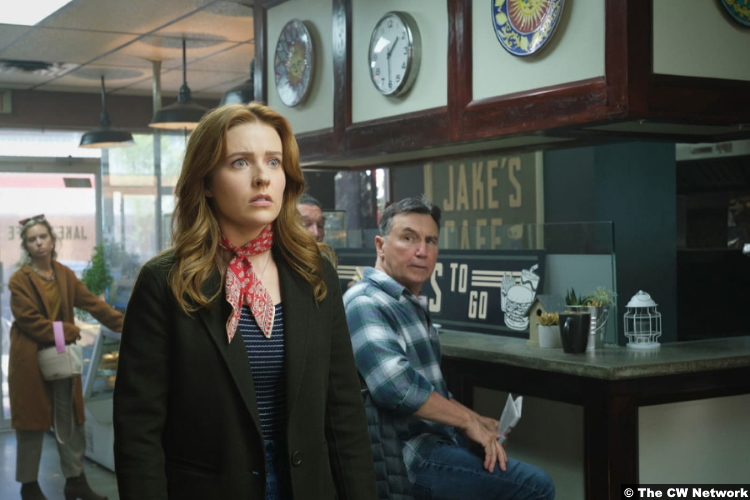 Bess, who’s been working on becoming a 21st-century version of a Woman in White, dreams that they shun her. Unfortunately for poor Bess, her nightmares echo in real life. Not the Woman in White thing, but her deepest fear, that she’ll never have a group and/or a family to which she belongs.

We see this when the Crew figures out what’s happening, for instance. There’s long been legend of a “Sandman” who haunts people’s dreams and forces them to kill themselves. Horseshoe Bay’s Indigenous community figured out how to stop it, by building a kind of dreamcatching pot.

Apparently, it’s a tradition to build these at the town carnival, which, of course, has been canceled due to dead body. Without that barrier, the Sandman is on the loose. And if previous history is anything to go by, and it usually is, it won’t be pretty. The last year before they figured out how to keep the Sandman away, almost two dozen people died.

With help from an offscreen Temperance, though, Bess figures out how to stop it this time. She also gets help from Ryan, who’s maybe finding his calling volunteering at the youth center. The kids there aren’t immune from the nightmare monster, but one of them tells Ryan that he defeated it with lucid dreaming.

With the rest of the Crew asleep, Bess drives into their dreams in her Bess bus, corralling them all. And it’s really a testimony to her sweetness. They had dismissed her ideas, but she still comes to save them. And she’s the hero in the end. With Ryan working one side in the real world, Bess ends the Sandman in the dream world.

Everyone is awake now, in more ways than one. Nancy, for instance, is realizing she has feelings for Ace. We might have to put a pin in that, though, because he’s just shown up on a surveillance tape concerning Carson’s client, who is now missing. Oh, Ace. 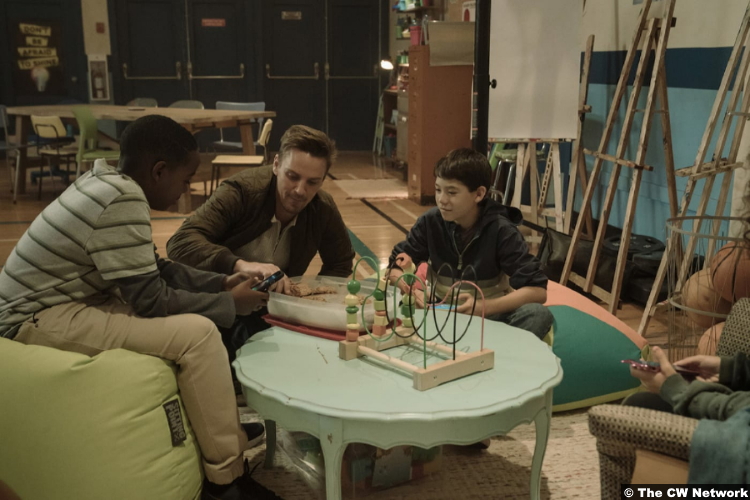 In addition, Nancy’s getting his first real clues that Trott was telling the truth. First, Alabamian Matthew Burke, the body in the field, seems to have been killed differently than the other body. Oh, and also there’s another other body. Someone’s killed Jake, the café owner. It wasn’t me!

Finally, George just shows up at her dad’s house. An Edwin Chen (Osric Chau) answers the door, but this can’t be her dad, right? Right?

7/10 – This episode wasn’t bad–this show never is, I say, crossing my fingers for luck–but I didn’t love it as much as I wanted to. Also, again, I hope this Edwin Chen is George’s half-brother or something, because I’m going to have to work hard to suspend my disbelief. He looks way too young, even with Leah playing younger than her actual age.