Well, I was excited about the return of one of my favorite recurring characters, Ace’s dad Captain Thom. However, in real Horseshoe Bay style, I was, like George with her father, ultimately disappointed.

That’s because there’s a lot of bad dad behavior in this episode. And I’m not talking about Ryan outsourcing his responsibilities on the chore wheel. I know that made Carson blow a gasket, but that’s practically saintly compared to some of the other stuff we see. 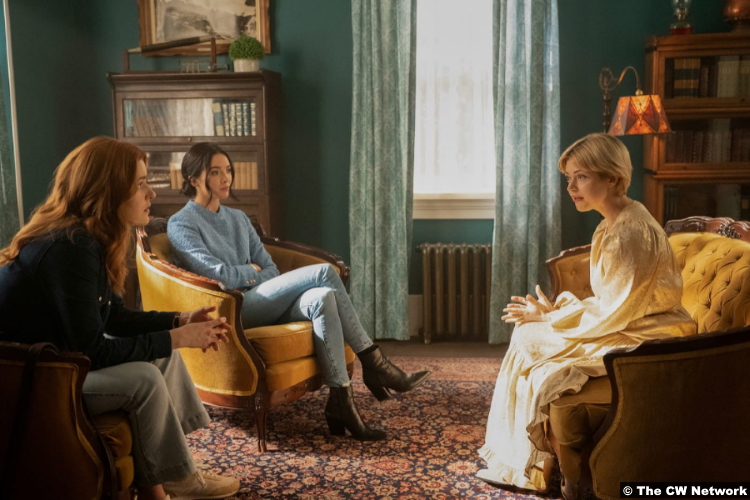 But before we get to that, we should probably discuss the Frozen Hearts Killer case, since that is, after all, the main focus of this episode. I mean, it’s in the title and everything. The “Birchwood Prisoner” is Trott, by the way. Now that someone (or something) has killed Jake while Trott was in jail, there is talk that Trott will be released.

Nancy doesn’t want that to happen, so against her better instincts, she enlists help from Temperance. Her witchy ancestor is going to get her in to Trott and get Trott to talk. And yes, again, Nancy knows that she shouldn’t trust Temperance, but she’s running out of time and options.

With Temperance’s help, though, Nancy is able to step into Trott’s own mental “weave.” They see him as a boy, discovering a horrid heart-claiming creature–the Man in the Hat. The entity is in a jail cell of its own, though, and young Trott reveals that he’s spent his life not only trying to free this monster, but also to reproduce his disgusting heart-stealing. 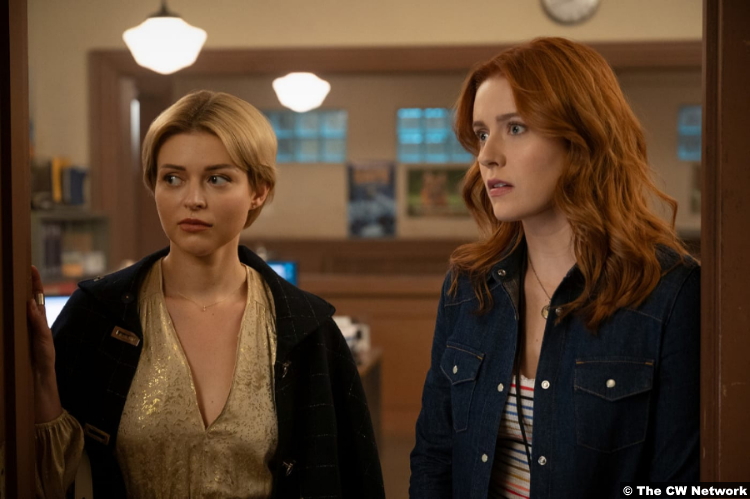 Something apparently goes wrong with the weave, though, and Temperance forces Nancy to get out of there. And the next thing we know, Trott is unconscious and injured. Whether or not Temperance had something to do with that is a mystery for another day, though. The most pressing issue at this time is the very real possibility that the Man in the Hat is on the loose.

Meanwhile, after Ace shows up on that surveillance tape with Carson’s client, Mr. Drew urges him to go to the police. Carson still believes in truth and justice, obviously. Ace, on the other hand, wants to avoid the most likely outcome, which is that all of this will blow up in his face.

So he slips out of the Drew/Hudson abode and goes to the meet-up spot whose location he got from a deciphered code on a chocolate box. If that sounds unnecessarily convoluted, then don’t worry. It was just as weirdly complicated in the episode.

Anyway, when Carson discovers that Ace is gone, he tells Captain Thom that Ace is in trouble. Thom, with help from Nick, tracks Ace down to the library, which is both the meeting place (for the chocolate box crimes) and where Rebecca (Nicole Oliver), Ace’s mom, works. Asher is very much alive and the police are there, blah blah blah.

Because really, the important part of this scene is the explosive confrontation between Thom and Ace. At first, it seems understandable. Thom is scared that Ace is being so reckless, so he lashes out at him. Ace, on the other hand, thinks it’s very rich that Thom is lecturing him about keeping secrets when he kept a whole son secret.

At this point, the police let the library staff leave, and Rebecca walks out just in time to see (and hear) the words “secret son.” She’s like, excuse me? And Ace barely even squeaks out a syllable before Thom goes nuclear. I really don’t even want to talk about this part because it was so painful to watch. Thom seems uncharacteristically vicious in this scene, and it culminates in his kicking out Ace. 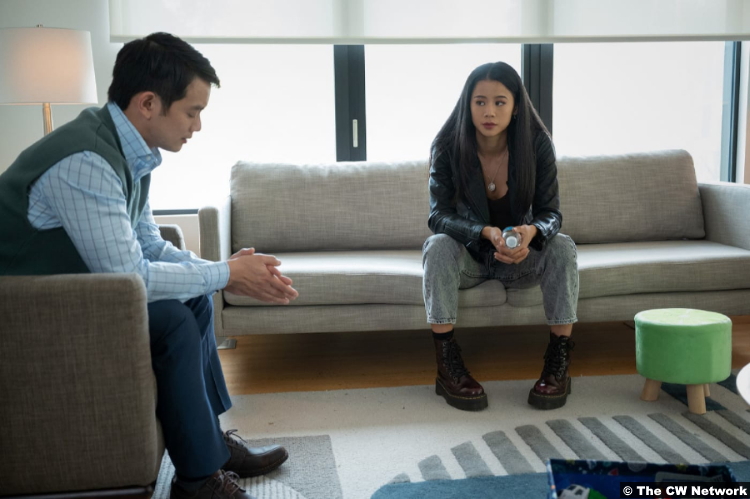 So Ace goes to stay with George and Nick, who are having their own issues. George has spent the larger part of the day with Edwin, her biodad. He tells her that he was moved to friend her after finding the Detective George fansite. He also tells her that he left Victoria (and her!) because he knew that he wouldn’t be able to have a good life if he stayed. Good Lord.

Then she gets home, and Nick’s upset with her because she didn’t tell him she was meeting with her biological father. And I understand that he feels like she doesn’t trust him, but he’s got to look at it from her perspective. As she told Edwin, she’s been essentially a single parent for most of her life. She’s only had herself to rely on and it’s going to take some time to adjust. But of course, time is the one thing she doesn’t have.

7.5/10 – I know that Ace alluded to his house being a “war zone” in the first season, but still. That’s not something we’ve actually seen, so Captain Thom’s heel turn seemed like it came out of nowhere. Like, on my DVR, I still have the episode where he met Grant the secret son. It’s like comfort food to me. That’s also the episode where I said the show could be called “Good Dads” because of all the good ones on here. Welp, looks like I’ll have to give up my Evil-style* “BOY, DO I HATE BEING RIGHT ALL THE TIME” tee.

*Yes, I know from whence the quote came.