Doctor Who S13E05 Review: Survivors of the Flux – Hit and miss

It would seem that the Flux season of Doctor Who is playing “good episode/bad episode” with its viewership, akin to “good cop/bad cop” acts found in action cop flicks. And we’re not talking about good ones either, like Die Hard or Lethal Weapon, or any other action cop movie that’s actually good. Instead, we’re discussing something along the lines of Stop! Or My Mom Will Shoot or Collision Course, but crossed over with the eighties, with added lasers and sonic screwdrivers.

To explain it differently, no two episodes have felt the same throughout the season, with each chapter establishing its own pace, resulting in some episodes naturally being better than others. Unfortunately, after last week’s wonderfully creepy “Village of the Angels” episode, which saw the Doctor turned into a Weeping Angel, this week’s airing offered a fast-paced Indiana Jones-style adventure, but with the aforementioned sonic screwdrivers, time travel, and space ships. “Survivors of the Flux” is, in some ways, similar to “Once, Upon Time,” in its pacing, but unlike that episode, which did a good job of tying its chaotic narrative into a coherent story, “Survivors of the Flux” only raised more questions than it answered. Like, what happened to Peggy?

The episode opens up with a brief conversation, almost a monologue amongst the thousands of Weeping Angels, during which Jodie Whittaker’s Doctor explains to the audience the “endings” of the previous episode. To recap, the Doctor was turned into a Weeping Angel statue, while her companions, Yaz (Mandip Gill) and Dan (John Bishop), further accompanied by Professor Jericho (Kevin McNally), have remained stuck in 1901 due to the Angels’ intervention. The Doctor’s newly imposed statuesque form only lasted for as long as it took the Angels to ferry her to their final destination. 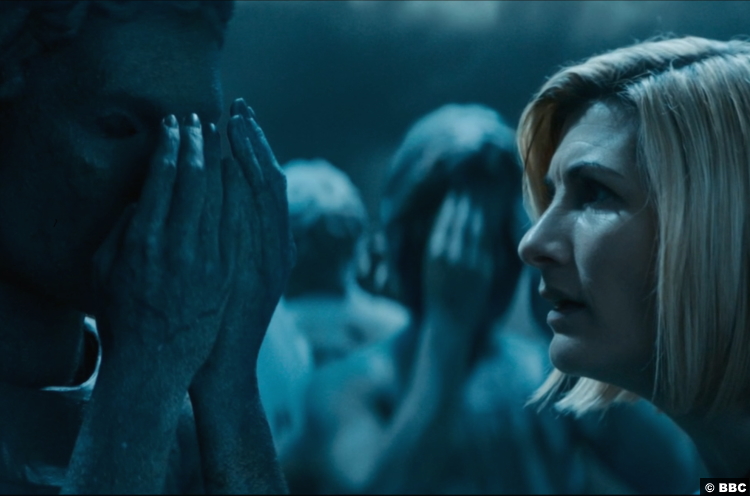 As for the aforementioned companions, we see them three years further down the temporal road, stuck in 1904 in some sort of Vernian globetrotting adventure, trying to find means to return to the 21st century. After Yaz raids the tomb a-la-Lara-Croft-style and acquires whatever the companions were trying to acquire, the trio is set on a cross-continental journey. In the meantime, our good Doctor is transported by the Angels to the Division’s headquarters, where she’s greeted or regretted by one of the race of Cthulhu-looking humanoids called an Ood and introduced to the mysterious woman we’ve previously seen in “Once, Upon Time” — who welcomed the Doctor back to the Division.

Yaz, Dan, and Jericho, still stuck in 1904, survived not one but two assassination attempts, the latter of which was supposed to be carried out by a rather large gentleman with a mysterious serpent tattoo on his wrist. “You can’t fight the future,” said he, right before he committed suicide to avoid being questioned by Dan, who comedically promised to bite the man’s toes off. And the episode indeed jumps to the future, revealing Vinder’s former employer The Grand Serpent on Earth, in 1958, carefully manipulating UNIT throughout the organization’s history. That is until he had a brief run-in with Kate Steward in 2017, the Chief Scientific Officer at UNIT, and the daughter of the Brigadier, one of the Doctor’s most trusted allies whom we still have not seen in person in this new era of Who. Unfortunately, warning someone only strengthens their defenses, which is precisely what happened between Kate and The Grand Serpent. 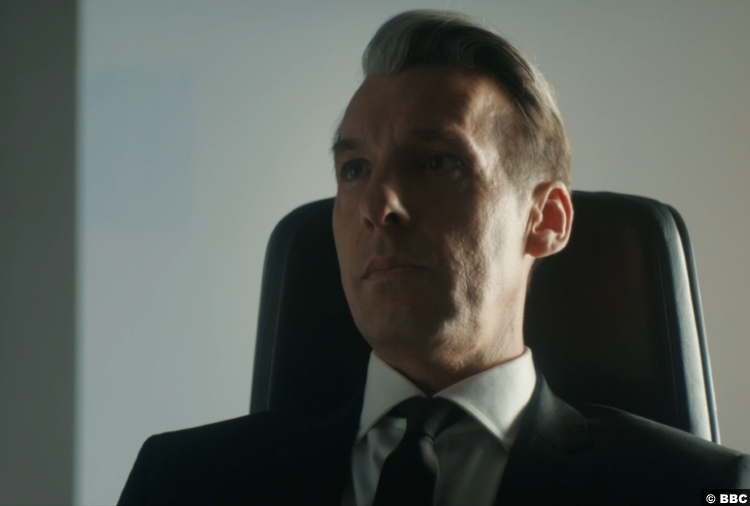 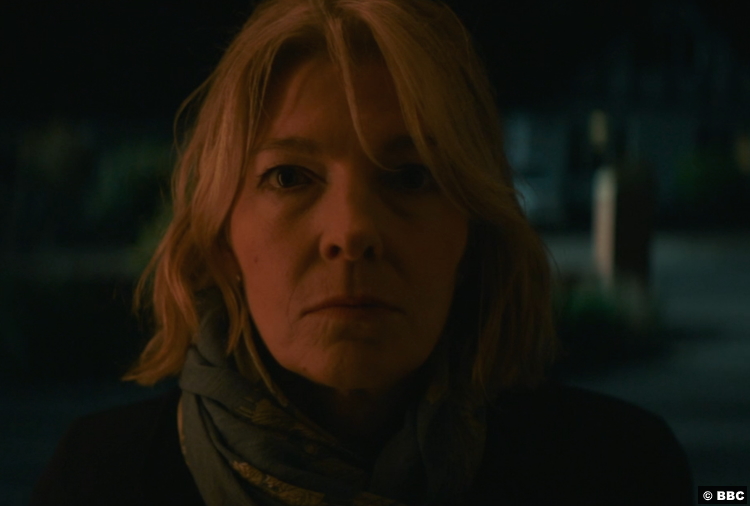 Back at the Division HQ, we find out that the mysterious woman is, effectively acting Head of the Division, explaining the organization’s true nature, seemingly trying to justify the means it uses to achieve its goals. Of course, she also reveals that the Division was never in the universe in which the Doctor searched, but as its name suggests, and the episodes graphically insinuate, the Division is right in the space dividing two different universes. The one the Doctor is trying to save and protect is the broken one, and the Division is currently accelerating the process as they’re heading towards the nearest available replacement.

According to the mysterious woman, the Division originated on Gallifrey but grew into a shadow society managing galaxies and entire universes from behind the curtains. She explained that the Division engineered the Flux to effectively “put out to pasture” the current universe inspired by the Doctor’s actions and her ability to make people question things and rise up against the Division. Effectively, she calls the Doctor a virus, let loose upon the universe, which now has to be terminated. In the end, she is revealed to be Tecteun, an amoral Gallifreyan scientist who found the “Timeless Child” also known as the Doctor stranded by a wormhole. She raised the child but also stole its genetic secrets of regeneration for the Time Lords. 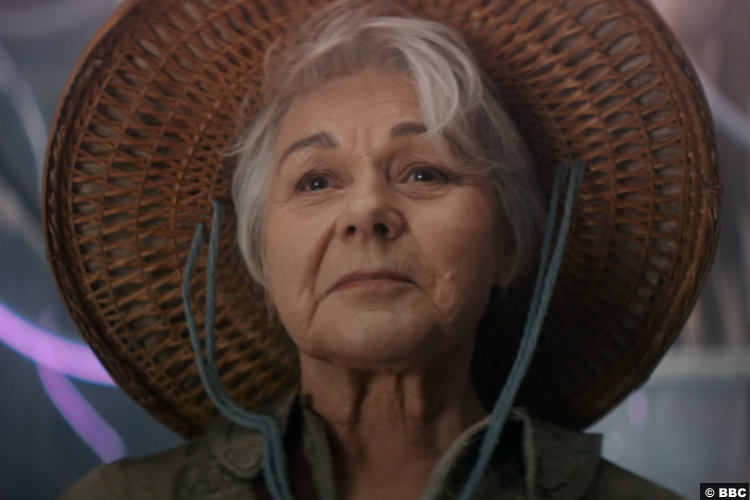 Tecteun revealed that she had the Doctor brought to the Division HQ, ensuring that the Doctor wasn’t in the universe and thereby in the way of the cataclysmic destruction, preventing her from saving it. Afterward, she reveals that it was her who had the Doctor’s memories erased. In the meantime, Karvanista hijacks Bel’s ship; though the ship belonged to the Lupari anyway, Swarm and Azure use the vast number of people they collected in the Passenger forms to boost their powers, and they even capture Vinder in a Passenger — the very same one that has Diane. However, the companions, still stuck in 1904, visit a hermit, who sends them on a journey to “Fetch their dog,” whatever that means. 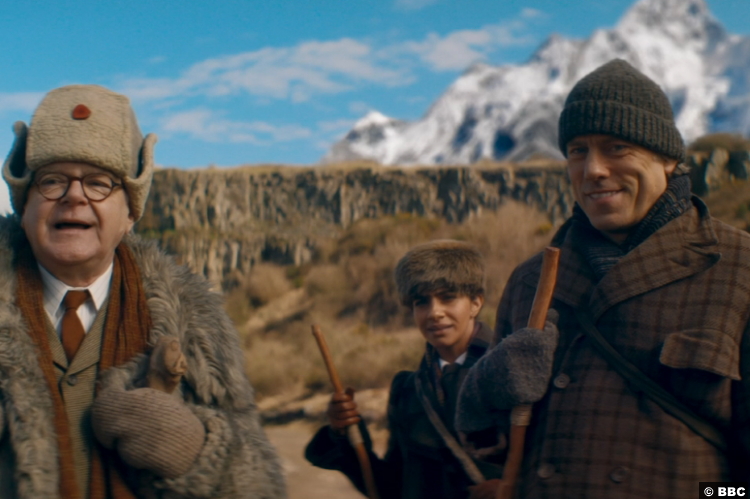 Ultimately, the hermit’s idea was good, and Yaz, Dan, and Jericho went on to fetch their dog — Dan’s dog, more precisely, or rather, his Lupar – Karvanista. But how are they supposed to do it from 1904? Well, via a message through time, written with giant letters which remained visible from space during the Lupari fleet’s encasing of Earth. Karvanista has received the message but has no idea how to time travel. The trio’s next seen on a sailing ship, where they meet Joseph Williamson, the very same one we’ve seen digging the tunnels under Liverpool and appearing in mysterious places all over throughout this season. Apparently, his tunnels are akin to the TARDIS, with doorways leading to other dimensions and times.

Back at the Division, the Doctor confronts Tacteun over a Gallifreyan fob watch, which according to Tectuen, holds the Doctor’s erased memories. The amoral scientist tries to leverage the clock to have the Doctor re-join the Division, leave the broken universe behind, and travel to the universe connected to the other end of the wormhole the Doctor was found next to as a child. But, of course, the Doctor declines, and the episode makes a few jumps to the aforementioned timelines, revealing that The Grand Serpent, now the head of UNIT, is in cahoots with Sontarans, who want to exact their revenge for the events that transpired in the “War of the Sontarans” episode. 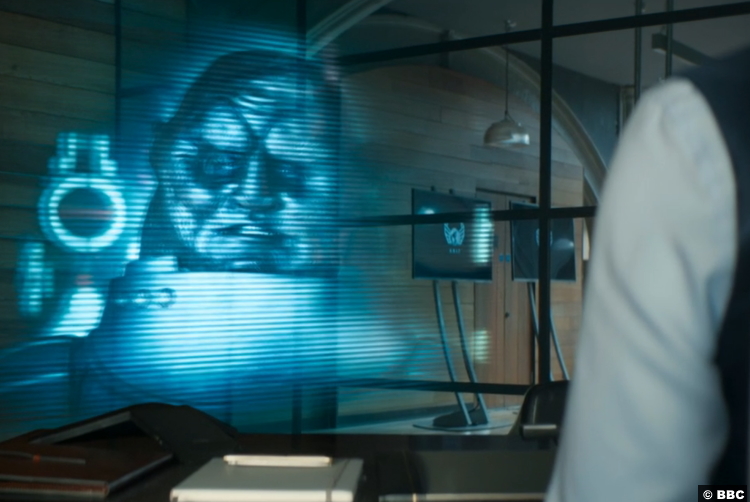 The episode culminates with the potato-headed warrior clones’ fleet descending upon Earth at different points in time, and Swarm and Azure breaching the Division HQ and killing Tecteun. Cut. Roll credits.

7/10 — “Survivors of the Flux” has some decent callbacks to the classic and not-so-classic Doctor Who, with Brigadier being referenced but not seen in person since the show’s revival in 2005. But it does have more weak points than strengths, especially regarding the Time Ravagers, who appear to be this season’s ultimate villains and the offering of finding out more about the Doctor’s past before Gallifrey.

Doctor Who is at its best when the mystery matches the mystique of the Doctor, and his or her origins have always been debatable among the fandom, with no true answer. Revealing the Doctor’s origins, especially at the time when the show’s ratings aren’t as great, is less than a relief for the questioning fandom and more of an erasure of the fandom’s collective imagination, which could ultimately adversely affect their love towards the show, and Doctor Who. May we never actually find out. 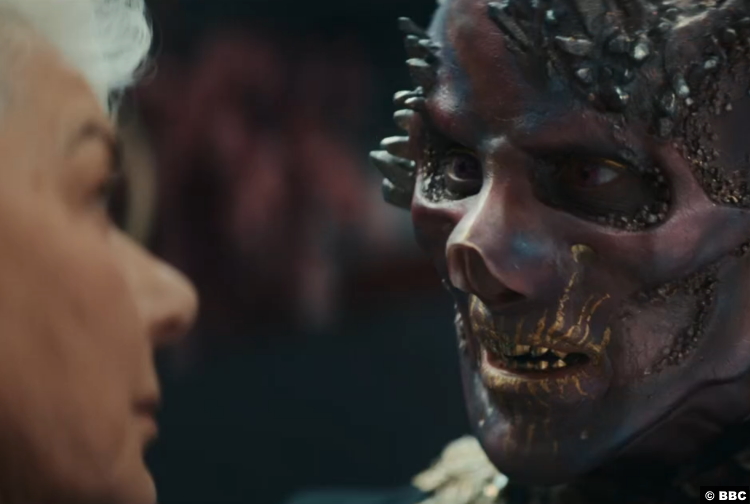