This week on Now That’s What I Call Ridiculous, Archie remembers he was in The War. I love it. I love everything about The War storylines because it is the ne plus ultra of silly Riverdale plots.

And we get it in spades this week as both Archie and his War friend Eric (aka Jackson) have issues with their PTSD. It must have been really tough during the War, as they were fighting WWI. At least, that’s what I assume, since their flashbacks have them in a WWI-era trench, complete with a No Man’s Land. (There is still no word yet on whom they were fighting in the War, by the way.) 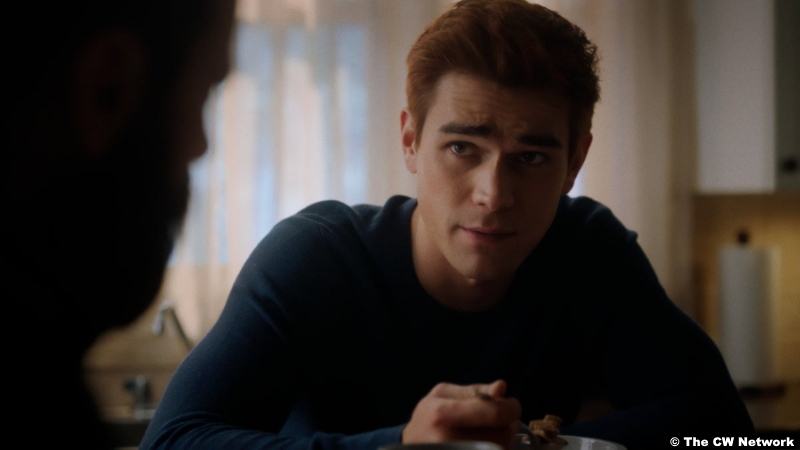 In a surprising twist for this show, they continue to attempt to depict how difficult it can be for returning veterans to adapt to civilian life again. They’ve brought this up before, but it’s unusual (in my experience) for them not to drop this thread. And I don’t want to make light of it.

I literally just finished listening to the Noah Pippin episode of the Obsessed with Disappeared podcast right before I started writing this. While it’s unclear exactly why Pippin, an Iraq War veteran, went into the woods, it seems likely that PTSD had some bearing on his last movements. I know that unfortunately, PTSD is an all-too-common challenge that returning veterans face, and I think this show is being strangely admirable in trying to tackle it.

I just don’t know why they have to do it with a depiction of an old-timey war. As my friend, an Iraq War veteran himself said, all they’d need to portray the modern war is a Humvee and a tent. And I said, don’t give them any ideas with a tent–they’ll have Archie fighting the Civil War, writing letters by candlelight.

Anyway, Archie’s uncle Frank decides to help the guys by adopting a dog. However, when the dog turns out to be as jumpy as the men he’s supposed to be comforting, Frank reveals the truth. The dog was seized from a dog-fighting group.

Archie could just throw up his hands at this. Like, just when you think you’ve gotten a handle on how bad Riverdale is, it turns out to also have a dog-fighting ring. But Archie being Archie, he goes after the guy who keeps the dogs. And by “goes after,” I mean that he beats him within an inch of life and threatens to murder him if he keeps on fighting dogs. I wish I could be a bigger person, but uh, I cannot criticize this move. I also appreciate Archie’s willingness to seek help for his own issues, especially now that he’s seeing the ghostly visage of Bingo, a fallen soldier. 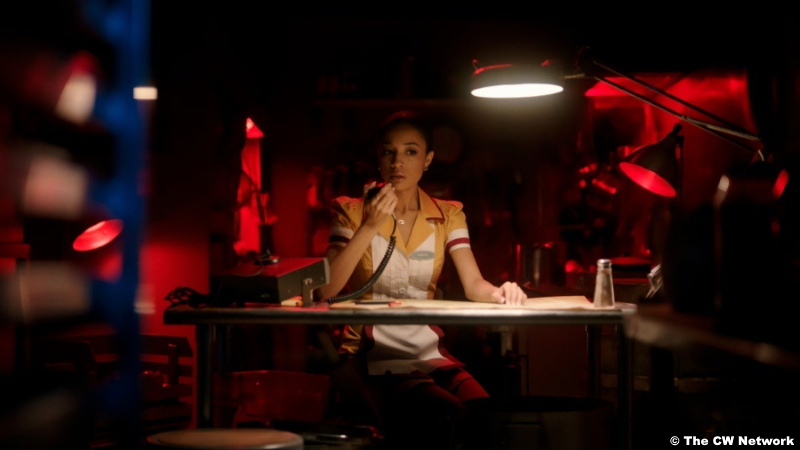 It’s actually smart, in a way that Betty’s continued quest, to find the Lonely Highway Killer, is not. To that end, she’s posing as both a trucker and a sex worker, I guess? It’s that last one that gets her in trouble, as she gets caught in a sting that her old beau Glen, who apparently did not die, is running.

Tabitha suggests that instead of being super-dangerous, Betty should just be kind of dangerous. By that, I mean that instead of prowling the roads looking for truckers, they’ll invite the truckers to them. And by that, I mean they’ll start putting on a show at the White Wyrm with Cheryl and Veronica. (Where is Toni, by the way? I’ll bet that Vanessa Morgan is on maternity leave, but I can’t remember if they’ve explained why her character isn’t around. Maybe she’s also on maternity leave?)

The first night proves fruitless until it doesn’t. A latecomer has blood on his truck handle, so Betty hops into the cab with him. As they’re driving, he starts rhapsodizing about watching the light leave people’s eyes when they die, and don’t y’all just love this fun teen show? Anyway, he attacks her, but she knocks him out, and it looks like she’s going to torture him next time (on this fun teen show).

In other news, Cheryl is full-on into her mom’s church now, even hiring Kevin because he’s bitter about his life not amounting to much (in his eyes). On that note, Moose is back and he looks great. He’s also dating Fangs, which is not great for Kevin. 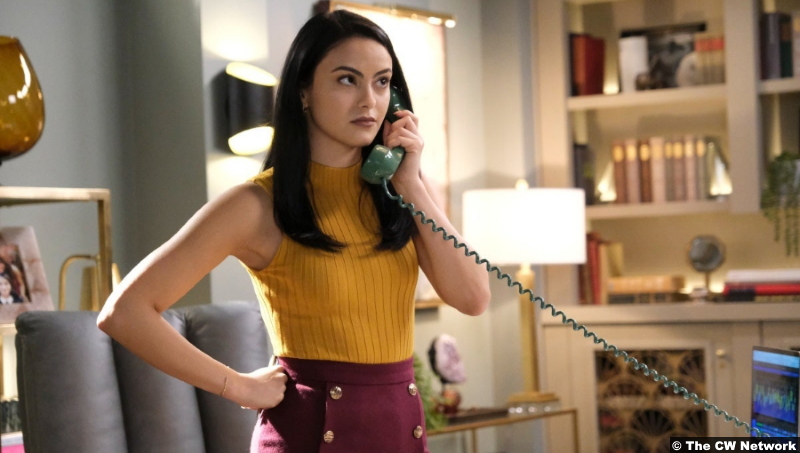 And finally, one of the things I’ve wonderered about constantly is why Hiram’s SoDale plans require ruining Riverdale. Well, we find out this week, as Reggie tells us (by way of telling Veronica) that SoDale will probably never happen. Hiram just wants the investors so that he can continue to mine for palladium. His end is probably going to be some kind of There Will Be Blood-type scenario, huh? Anyway, that end might come sooner than he thinks now that Veronica (with Reggie’s help) is stealing all his investors.

8/10 – Despite its Riverdalian jumps toward absurdity, this was another week of a solidly-told story. I would say that I don’t believe it, but I do, because it’ll probably go way off the rails again before the season ends.