Also, you can check out past reviews of Loki here.

I’ll say this for Loki, it has consequences.

Were there consequences coming out of Falcon and the Winter Soldier? Sure, but ultimately it served as a big, roundabout way to get us back to where we were at the end of Endgame. I’ll argue it was an important bit of character writing, and that it will ultimately do the character of Falcon well to have had the shield given to him by Steve Rogers first taken away from him (unjustly) and then earned back, but it can’t be denied that the show really only managed to put things back to how they were at the end of Endgame. It showed us how Falcon got the mantel of Captain America instead of having it simply be bestowed onto him. Okay. Not complaining, just saying: There were not big universe upending consequences coming out of it.

What about WandaVision? Certainly in that case there were things left open that will need to be addressed. Wanda has become a tremendously powerful character and more than a little dangerous at that, but ultimately all her show did was set up the events that will be addressed in Dr. Strange’s second movie. That’s a big deal, no question, but it’s still just a set-up that’s contained to a film.

Loki, on the other hand, basically laid the foundation for the next Thanos-level big bad in the MCU. Who predicted that? Not many, I think, especially when you consider that this show wasn’t even on Kevin Feige’s radar as he mapped out his plans for Phase Four. This show was pitched to him and he bought into the idea. Somehow along the way it was decided that this was the perfect vehicle to introduce our next universe-troubling threat. His name was not mentioned here, but every Marvel fan (or anyone who has followed casting announcements) could pick up the clues: He’s dubbed “the conqueror,” he comes from the distant future, he’s a scientist who got mixed up with branching timelines and universes, etc.

Let us all say thank you to Thanos for the great work he did bringing us this far, but now we turn our attention to… 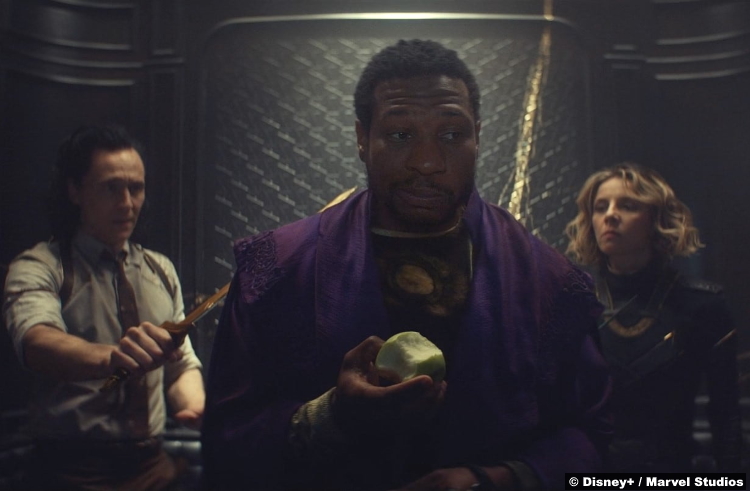 In hindsight, I shouldn’t have been so skeptical. After telling myself not to get my hopes up for Kang—who was frequently rumored for this show once the first episode aired—I look back and realize how obvious all the clues were in hindsight. I remember reading a quote from Kevin Feige where he said no Marvel character, hero or villain, established or first-time in live-action, is off-limits to any writer provided they can give a good reason for their usage. If you want to use Ant-Man, he needs to have a logical and necessary place in the story. If you want to use Thor, it needs to be more than a fanboy-loving cameo. Nevertheless, I was burned out by the Mephisto fiasco (a fiasco of our creation, not Feige and co.’s by the way) and believed the TV shows would ultimately have lower stakes than the films. Again, in hindsight, I should have seen it coming: The writer of the series, Michael Waldron, wrote several excellent Rick and Morty episodes and introduced the concept of the Council of Ricks, which was based on The Council of Reeds from Jonathan Hickman’s run on the Fantastic Four. You can easily see how Kang, a descendant of Reed Richards, would have a similar idea with the TVA.

It’s terribly exciting to see Kang (acted by Johnathan Majors of Lovecraft Country) appear, first as the best version of himself there could be, only to be killed by Loki (the show, and the female variant of the character), ushering in the worst version of the villain. That’s so perfect that everything that’s about to go down will ultimately be Loki’s fault…again!

I could talk for another thousand words about the ramifications of Loki’s final episode and the introduction of Kang, who is set to reappear in Ant-Man‘s next movie, entitled Quantumania. There’s more to it than just the final episode, however. The series as a whole needs to be considered, and while the show deserves bonus points for sticking the landing, it’s the journey there where I’m a bit less over the moon.

Loki’s show, overall, was a mess. At times the show felt padded and stretched thin, as though it would have been a great four-episode mini-series or maybe an even better 2.5-hour movie, but instead was elongated to fit the Disney+ bare minimum release schedule of six episodes. Whereas WandaVision had strong episodic themes, and Falcon and the Winter Solider had some great cliffhangers, many of Loki’s episodes did not end so much as they stopped. It will probably play better on a series-long rewatch, but going week-to-week with it exposed a lot of the weakness in each episode’s content.

I’m disappointed in how sidelined the character of Mobius became as the show went on. His screen time in particular took a nosedive starting at around episode three and never really recovered. It made his bigger, more impactful moments in the final episodes less impactful than they would have been had he still been regarded as a series lead and not just a side character. At least there will be a season two where, hopefully, we can get back to what was the best part of the first half of episodes: Loki and Mobius buddy-copping it. Those two had much more chemistry than Loki and Sylvia, whose arc I appreciated even though the execution never really connected with me. 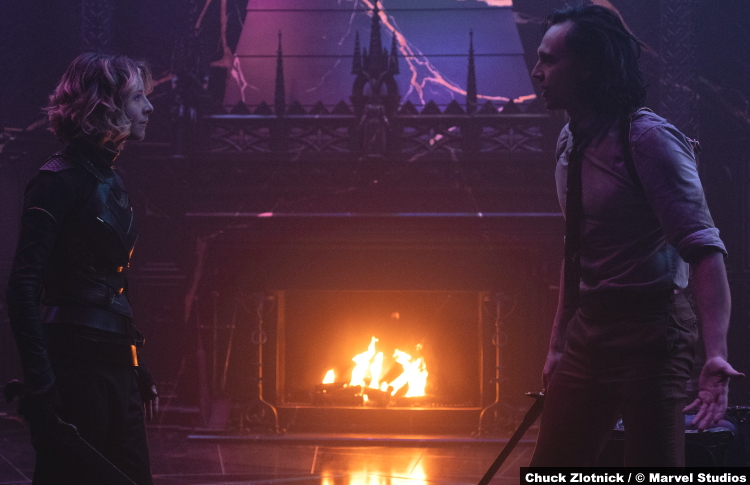 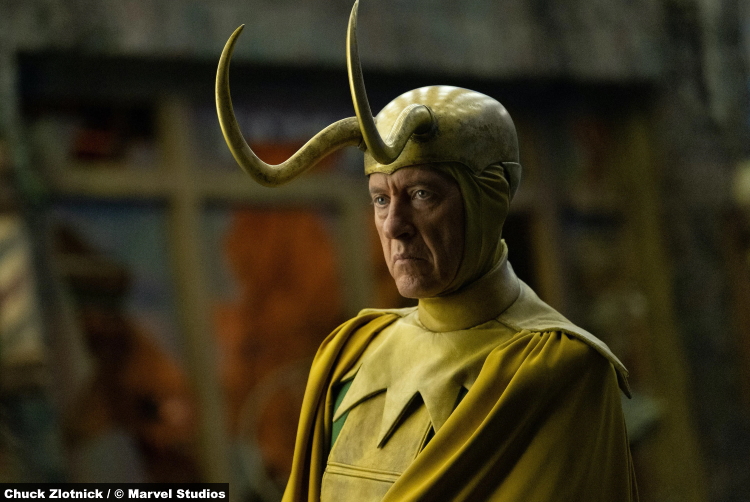 Loki is a show that will be remembered for two positive things: First is the incredible production design and overall look of the show. Second is the ending, not only the final episode with all its ramifications, but the penultimate episode as well, with Old Loki, in particular, standing out. If the show had been more of that—Loki and his variants interacting as they unravel and work through the plot—and less of the “Loki and Sylvia wander pointlessly around a planet” (episode 4), I would rate it more highly.

I said in the last review that Loki was starting to feel like a show with a good beginning and ending and not much of a middle. Now that it’s done, that’s exactly how I feel about it.

But again, bonus points for nailing the ending.

8/10 – Loki, as a series, offers enough fun moments to keep the die-hard fanbase entertained, but lacks the moment-by-moment punch and polish of prior MCU shows. It’s solid, but far from perfect.