Well, I still have no earthly–pun intended–idea what’s going on with Sheryl and Leland and the syringes, but this episode was a lot easier to follow than last week‘s. Mostly.

Throughout this season, one of the big mysteries has been what exactly, if anything, is up with Kristen. Like, is she possessed as many incidents tend to suggest, or is there something else at work here? By that, I mean good old-fashioned mental illness. Or simply a stress-addled mind agitated by a cocktail of psychiatric drugs. It can be hard to get the right dosage and even the right drug (or combo thereof). It can be harder if someone is purposely messing it up. 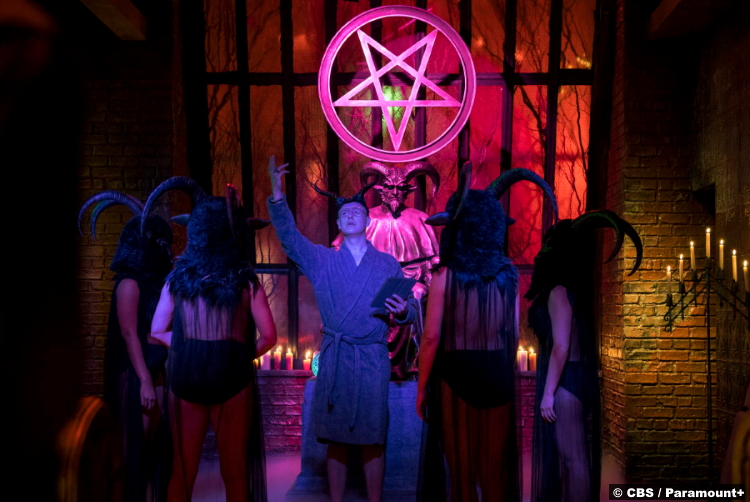 I bring that up solely because of the strange conversation Dr. Kurt has right after Kristen barges into his office. She could be dismissed as paranoid, possibly because of that mental illness or those prescriptions. But then there’s that conversation with his “wife.” First, it seems weird to me that he immediately calls his wife after that, and weirder still that he tells her that they need to talk. Right then? That’s what’s on your mind? Anyway, if it is his wife, then who’s Mrs. Dr. Kurt?

We don’t get any more info on that this week, so let’s talk about our case. It’s kind of unusual, in that it’s a request from outside the Church or its parishioners. It’s the Internal Revenue Service that’s come calling. They want the assessors to check out the New Ministry of Satan, to see if it meets the criteria for a church and thus, can operate tax-exempt.

As with “C Is for Cop,” in which Mick Carr seemed to be a thinly-veiled stand-in for Dick Wolf, The New Ministry of Satan reminds me a lot of The Satanic Temple. TST operates more as a political action group than an actual church, but they did get their own tax-exempt status a coupla years ago. And the head of The New Ministry is Graham Lucian (Gus Halper), while the spokesman for TST is Lucien Greaves.

If that’s the case, then I’m not sure what the show is trying to say about TST. For one thing, while TST does run a gift shop, in case you need some Satanic hot sauce, they do seem to be committed to their cause. The New Ministry, on the other hand, is just a straight-up grift. Graham admits as much when he follows Kristen to a bar.

She’s ducked in there, by the way, because Leland’s exorcism is taking a toll on her. It’s taking a toll on Leland, mind you, but it also seems to be affecting Kristen. So is she actually possessed? Again, it’s unclear. But more on that in a bit. 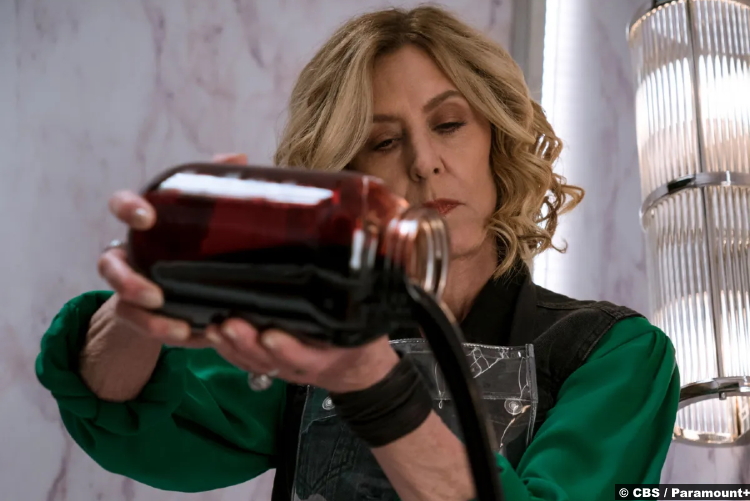 First, Leland. Maybe his goat therapist, who’s holding therapy sessions with the demons now, was right. Maybe Leland isn’t strong enough to withstand three nights of exorcising. He’s so worn out by the experience, in fact, that he doesn’t feel right until Sheryl douses him in several jars of random people’s blood. We do get it confirmed, though, that root beer is a demon’s drink.

By the way, David “accidentally” leaves out a brochure for The New Ministry of Satan for Leland to see. Leland becomes apoplectic, so offended by this fakery. So that’s another point in the grift column. But again, Graham basically tells Kristen that, as he tells her he’s not really a believer.

The assessors end up giving a no to The New Ministry, by the way. Graham tries to argue that they’re biased because Kristen slept with him. Specifically, he says that she wants to hurt him, but I think that hurts his argument more. It makes him sound silly when he could have just said that she’s biased. In any case, it’d be easy to prove The New Ministry is a grift, as all the profits go to Graham, for one thing. And even though his “bishop,” Jim Logger (John Sanders), tells the group that Satan is coming for them, it feels weak.

After all, it’s not their first Satanic rodeo. Speaking of, there’s another exorcism session for Leland. As before, it affects Kristen, and this one seems to really take. But again, is this proof that she was actually possessed? Or is this just a psychological placebo?

That’s still unknown, but we do know that she feels refreshed and ready to get back to life. Unfortunately, she forgot that Andy was leaving that night for Colorado. She leaves him a voicemail, crying and telling him that she wants to make it work, she wants to be a family with him and the girls. You can hear the desperation in her voice. But luckily, she doesn’t have to pine. Andy got the message, and he’s waiting for her in their backyard. 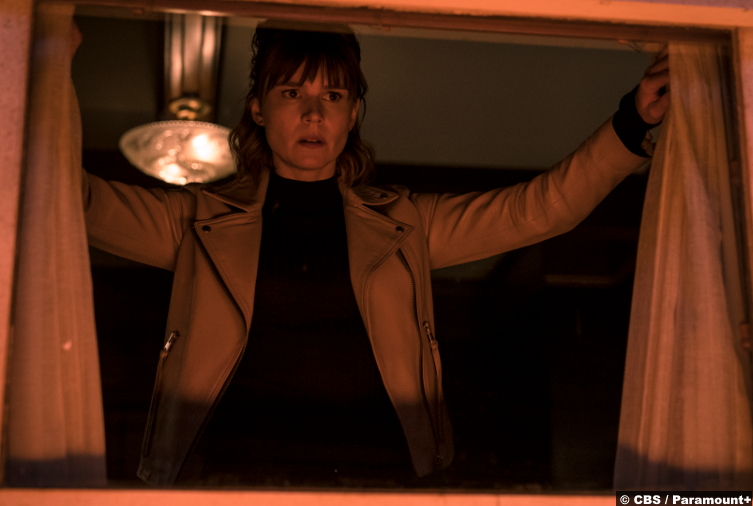 He leads her in another religious ceremony, a Buddhist purification by fire. They write down what they want to cleanse on a piece of paper and then burn the paper. Kristen writes about her infidelity. Then it all burns away. But does it, really?

8/10 – We still don’t have all the answers, but it feels like we’re moving toward them again. Finally. Also, David is T-18 days until he becomes a priest for real and that’s going to be interesting to see how that all plays out. And the fire genie is now visiting Leland for some reason. (His “heeeeeey” to the jinn was hilarious.)