First of all, I should say that the dog doesn’t die. Longtime readers should know that as soon as I see so much as a wagging tail on a show or in a movie, I’m hitting up Does the Dog Die just to make sure. So if you’re the same, then you’ll want to know that going in.

But why am I even talking about a dog? I’ll get to that. I will say that it’s part of Jones’s storyline, which ends up being kind of muted. I certainly didn’t expect that from last week. Then again, maybe the original influenced me not to trust other aliens. (I guess that’s a spoiler, but it’s a 20-year-old one.)

Anyway, with Alex’s assertion last week that Michael couldn’t be the victim (because Alex wouldn’t cover up his murder), that certainly narrows down the possibilities. Or at least it does for me. I can’t say the same for our characters here, who are still grasping at every single option. 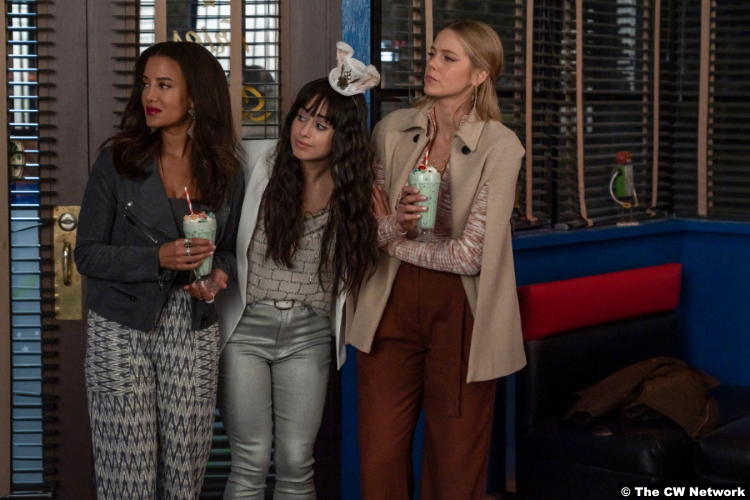 Since Maria has been so hesitant to follow through with the vision, because it’s scary and sad, Isobel accompanies her this week on a trip through memories. I’m not specifying whose memories, because they’re kind of shared. They’re not Maria’s or Isobel’s memories, not directly, but they still have a kind of ownership of them. What that means in practice is that they get to see Louise and Roy.

But while that’s sweet, it’s not really the point. The point, of course, is the funeral. At first, they think it might be Liz’s. Again, though, why would they cover up her murder? And there’s still Bert the beekeeper (La’Charles Trask) mentioning at the funeral how this could have been prevented if the sheriff’s department had acted on his report.

It becomes clearer throughout the episode who the victim is. Or, really, who’s most likely. It starts when Kyle goes to a ranch to treat a guy who’s been on the wrong end of a run-in with Wyatt’s pals. The man and his wife are undocumented, so they’re hesitant to report that the mayor’s son, Jordan Bernhardt (Michael Grant Terry), attacked the man. 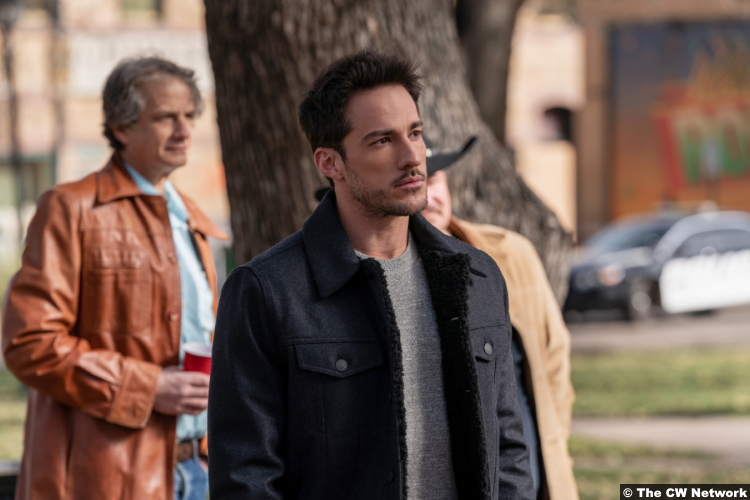 And on that note, while we’re Wyatt-adjacent, we did get some interesting revelations about him this week. He’s still circling Rosa, whom he hasn’t remembered. That’s a little strange, I guess, since it seems that he and Rosa were once really good friends. Further, Wyatt was once a really good guy. He was sensitive enough to recognize Leonard Cohen lyrics on sight, for instance, and not just a stray line from “Hallelujah.”

In fact, this reveal, as well as the friction between him and Jordan, made me suspect that Wyatt might be the murder victim. People might respect the new (old) Wyatt enough to attend his funeral. At the same time, none of the main characters is really close enough to him to where they’d have an issue covering up his murder. I mean, I don’t think they would.

Again, that’s the sticking point for me. Whose murder would they cover-up and why? I would be more inclined to think it was a baddie than a main character. It doesn’t even have to be someone bad, necessarily. It could just be someone like Jones.

I still find him shifty, even though he didn’t really do anything to provoke my suspicions. Yes, he shot a dog, but he didn’t mean to, and he healed it. He also apparently adopted it.

And, of course, he keeps offering to heal Max, who keeps refusing. I’m not sure why, exactly. Max is dying. The medical results in Kyle’s office clearly prove that. It’s hard to argue your way out of late-stage heart failure. And Max can’t exactly go for another transplant. GASP, unless that’s why they cover up a murder. 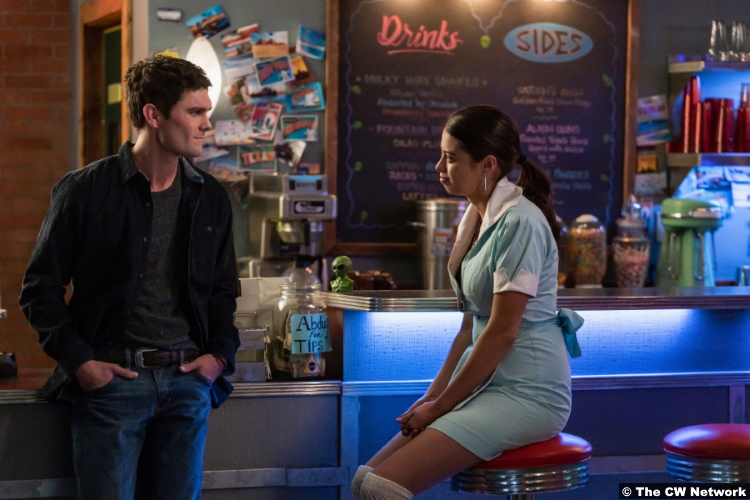 Then again, it would appear unlikely, especially if the murder victim is who it looks to be. After that attack on the undocumented man, Kyle heads over to the sheriff’s department. Unfortunately, he runs into Jordan before he can get there. They scuffle, and Kyle is impaled on…something. A piece of wood? A piece of rebar? Maybe I’m having Supernatural flashbacks.

Anyway, it doesn’t really matter what it is, because it shouldn’t be in Kyle’s torso. Max does make it there, but we don’t know yet if he’s made it in time. He summons his strength to heal Kyle, but as the electricity around him crackles, and the handprint on Liz throbs, one question remains. Will this be the end of Max’s heart?

8/10 – The vision stuff was fun, and I like the ambiguity of Jones, even if it makes me nervous. However, the Wyatt storyline is very weird to me. He was a malignant racist and now he’s just not, but not because he grew or anything–he just forgot to be a bigot. I guess. Also, Kyle is not dying! (I hope.)

And if you need help with doggy (and other trigger questions), Does the Dog Die is here for you, too.