It’s kind of weird to think of this as the season finale, because it doesn’t really feel like a lot happened. I guess in contrast with the first season, in which the human characters found out that aliens walk among them and they had to battle Noah, this season felt kind of muted. 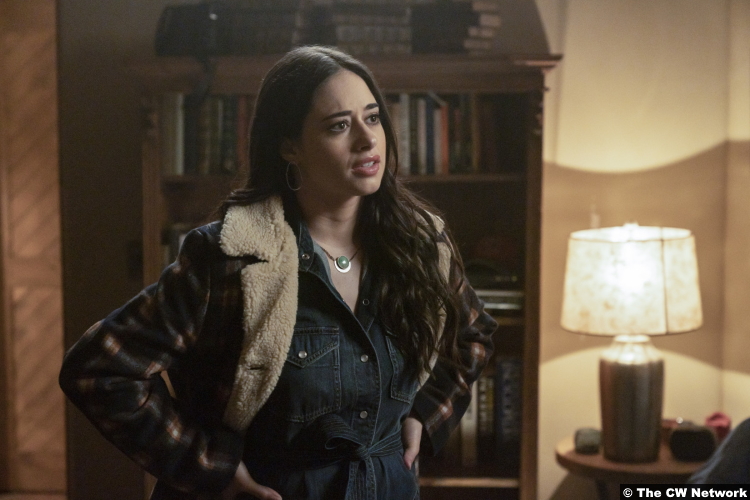 In retrospect, it wasn’t, but it still kinda feels that way. Maybe that’s because we spent so much of this season in the past. I’m not complaining about that, though. I quite enjoyed getting to see more of what it was like after the crash.

What I didn’t like this episode is the rushed nature of it. After last week’s cliffhanger, it seemed as if they’d spend more time on the aftermath of CrashCon. But this week, it felt like the aftermath all kinda happened offscreen. And the things that happened onscreen happened so fast that it left my head spinning.

It also felt like the stakes weren’t really there and a lot just didn’t make sense. For example, after last season’s finale, and the entirety of this season, Max’s health has been a big issue. But after Liz and then Rosa did a little CPR, he was fine.

It’s the same with that concoction Liz whipped up for the alien console. The science on this show has always been a bit hinky, but that scene really takes the cake. As Isobel tries to hold off the rapidly spreading flames, Liz douses the console in…magic juice that she dispenses from a container that looks suspiciously like a condiment bottle.

And then everything’s just…okay. Sure, Jesse Manes is dead, but his sons aren’t. Charlie’s rescued when Helena returns to the house. Thank goodness she has bolt cutters, a thing we all always carry with us.

Maria is also doing well. She and Michael exchange tender “I love you”s and then she breaks up with him, because sure. She does want his help opening a box Mimi left with her, but Michael’s hesitant. After all, the last time she followed Mimi’s whim, she ended up picking up a bomb.

His attitude changes, though, when he helps Alex destroy the shed where Jesse once broke Michael’s hand. As they’re hammering at the floor, a loose board reveals a body. This is a great callback to the season 1 scene where Alex and Kyle discovered the cellar at Alex’s (formerly Jim Valenti’s) cabin. Kyle was like, what’s the worst thing we could find? And Alex said, “Literal skeletons.” 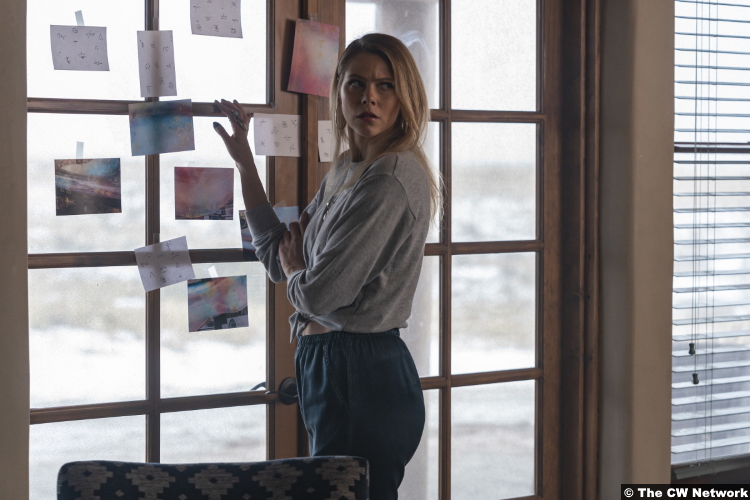 Welp. They found one. Sadly, unless it turns out to be a switcheroo, it is the body of Tripp Manes. And he just so happens to have the key to that box Mimi left.

Inside, they find a message Tripp left for Patricia, Mimi’s mom. It details the relationship he had with Nora. It also refers to what Nora was afraid of. It turns out, she wasn’t nervous about attending the fall festival because of people. She was afraid of another alien. He wasn’t supposed to be on the ship. He survived the crash and now he’s hunting the other aliens. Tripp reveals that the other alien was pretending to be a farmer, Mr. Jones, and that he disappeared after the raid at the Long farm.

And if you hoped that Mr. Jones would be a reference to Noah, that’s too bad. Because it is far more bonkers than that. At the same time that all of this has been going on, Liz has been making plans to move to California with Max. Diego’s boss has offered her a job there.

But Max and Jenna bug Diego and his boss, Margot, for reasons, I guess. When they do, they find out that Margot actually wasn’t that impressed with Liz upon meeting her. I mean, she was in a Crashdown uniform with a big ketchup blotch on it. So Diego tells her that he can sneak her into Liz’s lab.

Max goes there to hide anything alien and ends up just blowing up the lab. I suppose he could argue that there was just too much to hide, but I wouldn’t buy that. He was upset by her work, so he destroyed it. And in doing so, he destroyed his relationship with Liz for the moment.

So after apparently healing Steph, Liz takes off for California on her own. Rosa’s going back to rehab, but not without telling her mom that she loves her. Uh, when did Helena find out that Rosa is alive again? 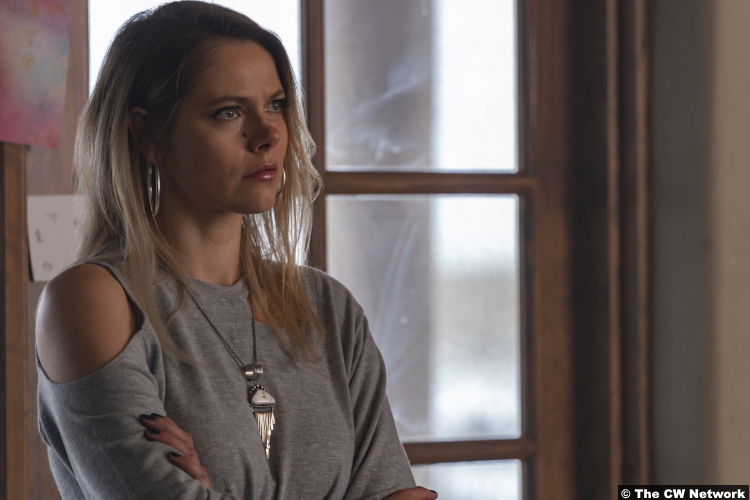 Nevermind, we’re moving on. Chugging Liz’s antidote all season has really heightened Max’s alien senses to the point where he can feel something in the desert. He enlists Isobel and Michael to help him find a tunnel. It’s there they’ll find a “cage.”

They find the tunnel alright, and at the end is a door that’s glowing, alien-style, with the alien symbol. It seems as if this were the project Nora and Louise were working on–they were building a cage. And although the pod squad hesitates for like, exactly one second about opening the door, they immediately go for it after a pitiful voice inside is like, “Is anyone out there?”

And that’s when they find themselves face to bearded face with Max’s doppelganger. Oh no, we’re in the darkest timeline now.

7/10 – A rushed conclusion and giant logical leaps made this season finale less satisfying than it could be. And as for the season itself, please give Isobel and Kyle more to do next season.