REVIEW: The Green Knight is a contemplative take on a classic tale

By Matthew Martin
Movie Blogs
This page contains affiliate links. At no additional cost to you, we may earn a commission if you click through and make a purchase. Learn more

I have been waiting for this movie since I was a young teenager.

Okay, I suppose I’ve only been waiting for this movie for about two years or so, whenever the first trailer dropped with a promised May 2020 release. After that, the movie was delayed and delayed (and delayed) and now, finally, has been released. To say the wait has only increased my anticipation and excitement would be an understatement. The Green Knight is an adaptation of the classic Arthurian tale, commonly titled “Sir Gawain and the Green Knight.” It’s one of many epic poems, written in the late medieval era, and set in the world of King Arthur and his Knights of the Round Table. As such, it’s a tale originally intended to convey some lesson about morality, chivalry, and a code of honor that gallant men of the era were supposed to uphold.

When I was a young teenager, not even yet old enough to drive, I recall my mother taking me one Saturday to the local library, which was a treat I enjoyed once a month or so. On this occasion, I had just watched a TV broadcast of Disney’s The Sword in the Stone and was eager to dig further into the world of King Arthur. Having already read and enjoyed The Lord of the Rings, I picked up T.H. White’s The Once and Future King, undaunted by the book’s large size. I read it over the course of a month, and from then on have been a lover of the Arthurian world. After White’s grand book, I picked up The Mists of Avalon, and later Le Morte d’Arthur. Later in life, when I started dabbling in my own writing, I crafted my own six-volume series of novels exploring the life and death of the famous King.

This is my jam is all I’m saying. 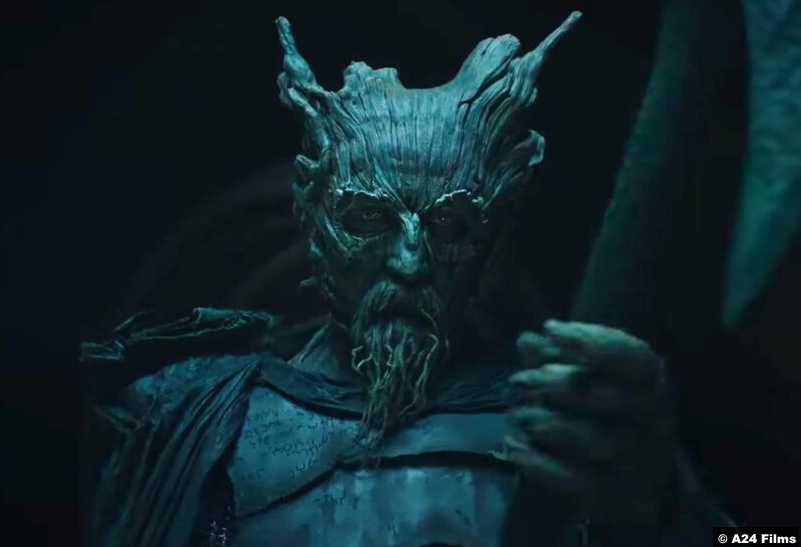 So it was with great excitement that I finally sat down to watch The Green Knight. Though its core story represents only a sliver of the many tales revolving around Arthur and/or his knights, the end result is possibly the most beautifully realized cinematic interpretation of the stories I grew up reading and loving. You should also be warned, however: This is a David Lowery written/directed (who also directed Pete’s Dragon), A24-produced film, which means it’s far from a swashbuckling adventure. This is a moody, contemplative, meditative, visually enchanting film. But, true to the source material, it’s a story that explores what it means to be a chivalrous knight of old, and what it looks like when you’re anything but.

If you’re not familiar with the story, I’m hardly spoiling anything; the source material is half a millennia-old for crying out loud. Hopefully, you studied it in school…

Sir Gawain is the young nephew of King Arthur who, at a New Years celebration, is confronted alongside his knightly peers, by a mysterious knight glad in green. The knight offers the King and his loyal knights a game: Anyone brave enough to take his sword and strike the Green Knight will win the prize: A magnificent ax. The catch is, whatever blow you land on the Green Knight must be returned in kind exactly one year from the present date.

Young and brash Sir Gawain leaps at the chance to prove his mettle, and the Green Knight bends low, exposing his neck to the knight. In response, Gawain lops off the stranger’s green head, believing to have won the game. Instead, the Green Knight rises and picks up his severed head, which ominously reminds Gawain that the strike must be repaid one year from then. He tells the young knight to find him in the Green Chapel the next new year, to receive his agreed-upon payback.

After a year, Gawain sets off, finding the virtues of knighthood tested along the way, specifically those of chastity, honesty, and bravery. He fails each of these tests, with the first two— chastity and honesty—being sullied while staying at the castle of a generous lord. After that, he fails the test of bravery, as he flinches before the Green Knight’s killing blow is swung.

In the end, however, the Green Knight is revealed to be a ploy by his mother, Morgan Le Fay, who was merely testing the Knight’s honor. He proved his worth as a knight, despite failing along the way, and the story ends with his fellow knights wearing a green sash in honor of their companion, as a reminder to hold to the knightly principle of honesty (which Gawain failed to uphold on his quest). The movie stays remarkably faithful to the source material, tweaking only a few minor details (which I didn’t even mention in the above summary) and taking liberties with a few others. What’s most remarkable is how much the movie plays things straight. Yes, there are some dream-like images and surreal moments, both to enjoy and be puzzled by in equal measure, but in terms of the plot, it’s fairly linear. That’s not a complaint, nor does it really do the presentation justice; it certainly won’t seem fairly linear at first, but the more you think about it the more you’ll see the outline that Lowry was working through from scene to scene. He takes our “hero” on a journey that challenges his gratitude (as he fails to adequately pay back some help a young man gives him on his way), his courtesy (as he asks for compensation for doing a good deed for a woman in distress), his chastity (as he yields to the temptation to sleep with the lady of a castle whose lord had taken him in), his honesty (as he fails to honor his agreement with the said lord of the castle), and his bravery (as he flinches upon facing the ax of the Green Knight). 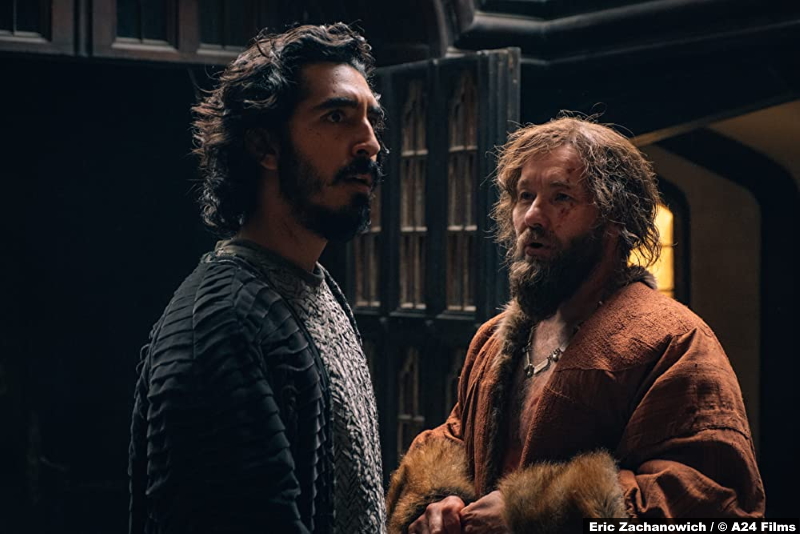 The ending is left somewhat open-ended but not in a cheap way: We’re presented first with a what might have been dream-like sequence, which brings the character to the realization that he is, to that point, an utter failure as a knight, and undeserving to be the heir to the great King Arthur. Once that realization is made, he extends his neck, unflinching, to the ax-wielding Knight, just as the credits start to roll. You’ll feel cheated, perhaps, until you realize the point of the movie was the realization, not any beheading (which, because we don’t actually see it, means it might not have ever happened). 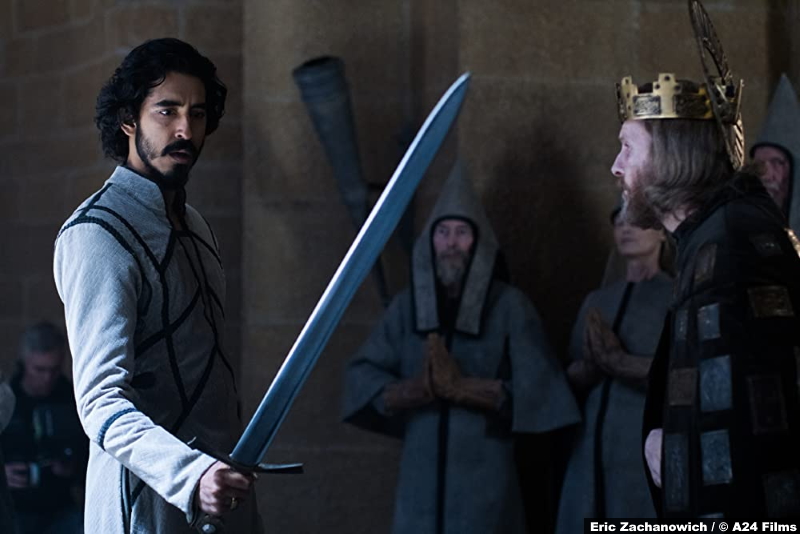 The biggest change, in fact, to the original story, is in how it refuses to be overt with spelling out its twists and morals. The original tale beats the reader over the head with its lessons to learn and its big reveals. The film, on the other hand, plays things much more subtly. And that, combined with the amazing dream-like feel, sparse dialogue, and stunning cinematography, make for a movie you’ll want to watch all over again, just to piece together the clues that are right there for the taking.

10/10 – The Green Knight is a beautiful film that interprets the age-old tale remarkably faithfully while adding a layer of mystery and subtlety to make modern audiences delight.