This week, the assessors are confused when they take a case and it turns out to be a missing kid. As they explain to Wyatt the missing teen’s parents, Duke (Christopher Innvar) and Michelle (Welker White) Sawyer, this isn’t really what they do. Well, Kristen and Ben explain; David isn’t there.

Unsurprisingly, though, the thing distracting David from his work is other work, which at the moment, is playing Leland’s game. He does make it to the Sawyers, though, in time for the tour of Wyatt’s bedroom. 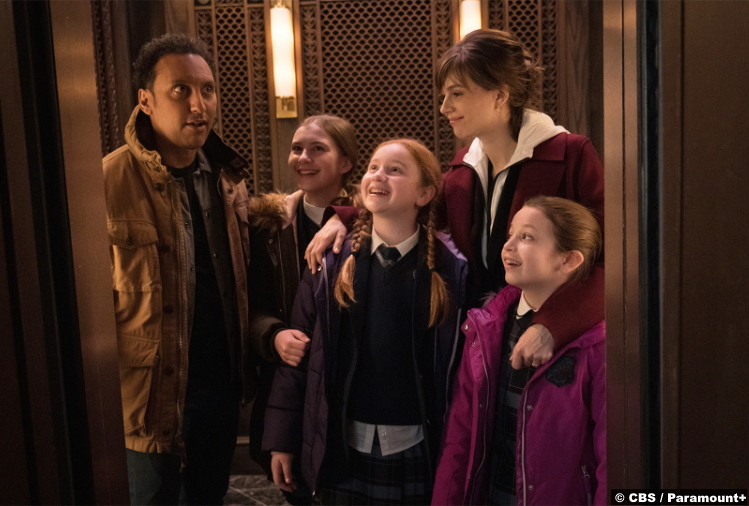 This is why the Sawyers called for them. After Kristen and Ben explained that they really only handle cases with demonic (or angelic) components, Duke shows them to Wyatt’s room. Under the rug is a giant pentagram. The Sawyers also report receiving a call from Wyatt in which all they could make out was “Save me.” So the assessors take the case.

There’s still not much to go on–only a note on Wyatt’s desk referring to the “El Game.” They’re all at a loss until Kristen’s 72 daughters come home and tell her that it’s probably a reference to the Elevator Game. In case you’re unfamiliar, it’s a ritual game in which you select certain floors on an elevator in a specific order. If you complete the ritual correctly, then you’re taken to a nether world. That’s how it works in “reality,” though. On the show, it gets you a free jaunt to hell.

If you’re wondering why anyone would want to do this, then the answer seems to be just, “Teenagers, amirite?” To that end, once they start looking further, they find out that Wyatt’s girlfriend Felicia also went missing. And as her friend tells them, she was playing the elevator game when she disappeared. The friend knows this because she was on the phone with her.

So Kristen and Ben try to play the game themselves, albeit with 3 of Kristen’s many daughters. (Lexis is studying with her math tutor, so she can’t watch them. And Kristen definitely doesn’t want to leave them with the building’s doorman, who seems a little too eager to watch the girls.)

David is, once again, absent from this job. He’s in his seminary class with Father Kay (Dylan Baker), as a matter of fact. He’s supposed to be working on his first homily, and while he hasn’t let Leland get to him before, Leland’s digs about the racism within the Church do seem to affect David. He starts preparing the homily about that very subject.

And I have to say, while I appreciate the show trying to tackle this issue, I don’t think they handled it as well as last season’s episode about medical racism. Sure, David gets to deliver his unedited homily, but it’s to a whopping audience of like, 20 people. (Appreciate Leland showing up with a bucket of popcorn, though.)

Yes, David does get to meet with some “renegade Catholics,” but the event is pretty much a draw. He does get invited to a different denomination, a place that does what the Catholic Church won’t, as he’s told. But on the other hand, he’s told this when he’s on his way out the door after punching a guy. 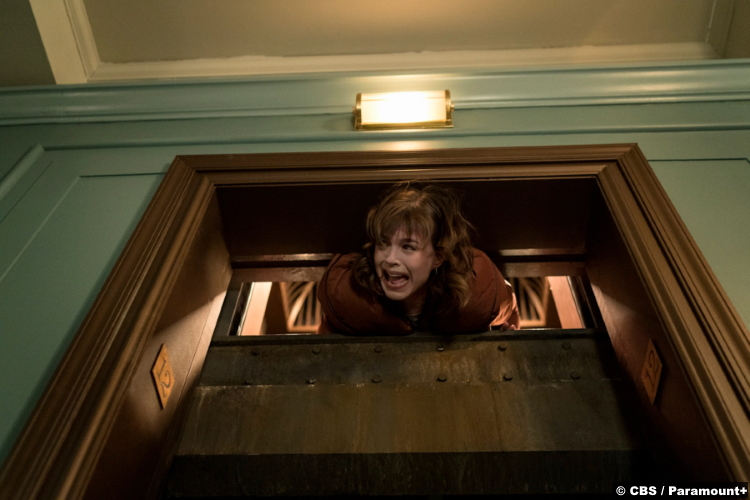 Anyway, back to the elevator. The game with Kristen, Ben the Magnificent, and the Bouchard brood is a bust. Kristen goes back and plays it by herself, which ends in her barely escaping from a scary ghost. Then Ben plays.

Ben has more success with the game, but almost at too dear a cost. He finds what no one else did. That despite that ghost, which Kristen believes to be a hallucination, what happened to Wyatt and Felicia was an all-too-real tragedy. Playing the game took them to an apparently forgotten sub-basement. Trapped down there, they starved to death. 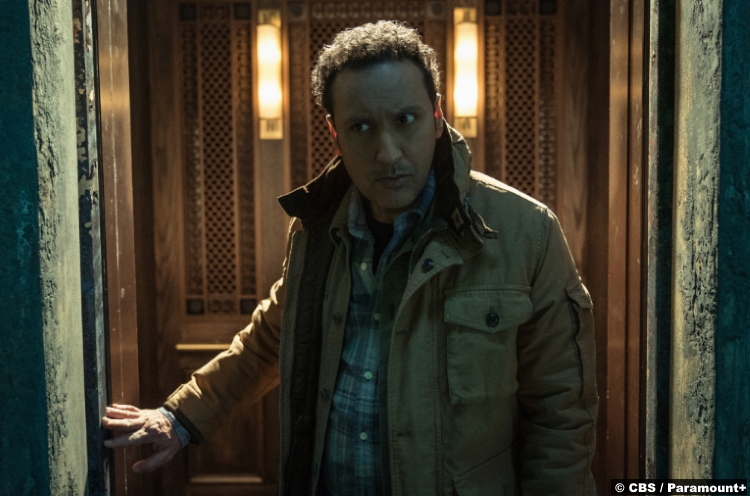 And it looks like that might be Ben’s fate, too, as his night demon Abbey (Ciara Renée) taunts him. He even goes so far as to write goodbye notes on his phone to his sister, Kristen, and David. He’s terrified, even praying, and Aasif Mandvi is so good in this scene.

Somehow, though, David and Kristen find him. He’s saved. They’re all safe, at least for now.

8/10 – Despite some logical gaps, as well as the light treatment given to David’s storyline, this was an effectively creepy episode.