Evil S02E03 Review: F Is for Fire – An interesting conflict

As I mentioned last week, Sister Andrea agreed to help David. And boy, her help starts paying off immediately. Not just the part where she shows him how to talk to God without pain, either. She knows right away, for instance, how to use the sigil map to find kids who came from the fertility clinic. 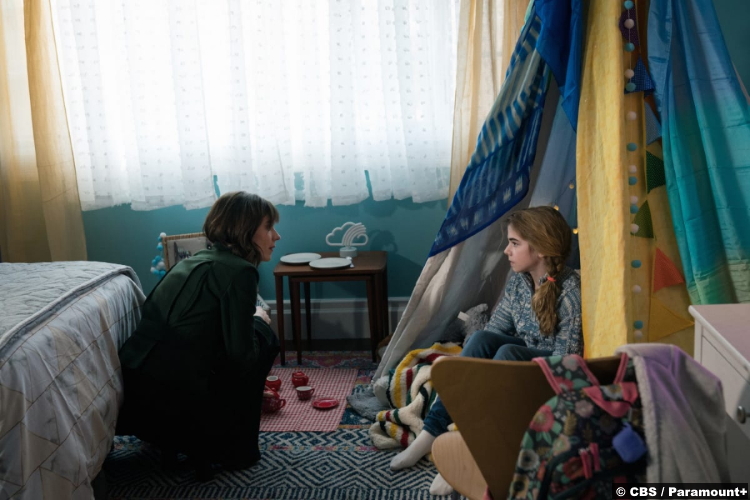 She finds Mathilda Mowbray (Matilda Lawler), a young girl whom Brian (Ben Rappaport) and Jane (Zuleikha Robinson) Castle are fostering. The assessors visit the Castles, even though they’re still trying to come up with an excuse when they’re at the family’s door. It doesn’t matter, though, because the Castles assume the assessors are responding to their preexisting request. That’s right–they already know there’s an issue with little Mathilda.

And if you couldn’t guess from the title, it’s fire. Fires just keep breaking out at the Castle home, but Mathilda claims she’s not responsible. Incidentally, she’s in foster care because her mom apparently set Mathilda’s room on fire. So, yeah. F is for fire.

When Kristen speaks with the girl, she again denies responsibility. It’s a bad man, who comes into her room, that’s doing it. He has no face, not really, but his head is on fire. And it would seem that she’s telling the truth, at least partly, because a nanny cam caught her in the vicinity of a fire that she doesn’t seem to have set. 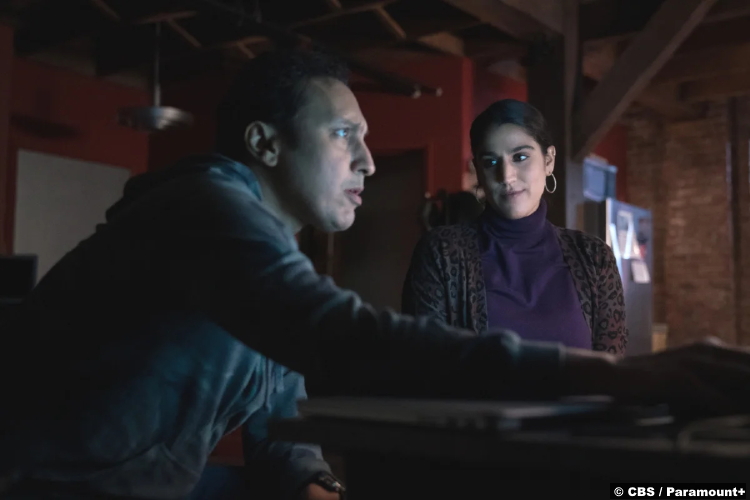 Back at home, Ben talks with his sister Karima (Sohina Sidhu) about the case. She reminds Ben that their mom used to tell them about the ifrit, a jinn–or what you might know better as a genie–who fits the description. To put it in simplest terms, a jinn isn’t necessarily a bad guy. But this one sure seems to be. And it seems to have a hold on Mathilda, or at least, a sharp fixation.

To that end, when they confront Mathilda about fire-starting supplies they found in her things, she snaps back and starts speaking in Arabic in not her voice. Uh, an adult voice suddenly spewing out of a child is never a good sign. So, unsurprisingly, the church decides she’s possessed and in need of an exorcism.

The exorcist, Father Mulvehill (Brian Stokes Mitchell) is readily available, which is kind of funny because I thought there was a backlog. Anyway, it gets even funnier, at least for me, because we have ourselves dueling exorcisms. While Brian has agreed to a Catholic exorcism, his Muslim wife has called for help from Sheikh Majed (Sevan).

There’s a little tension between the men of faith at first, but no worries–there’s enough bad mojo to go around. Because just as soon as the jinn stops speaking through Mathilda, a Christian demon pipes up. His (?) name is Dan, which is just hilarious. In this corner, we have the ancient jinn, at least as old as the Quran. And in the opposite corner…Dan. I’m sorry, but I’m wheezing.

In any case, the exorcism duet seems to go well, because the demons depart. Or DO THEY? I ask that because while Mathilda calms in the moment, we later see her alone on her lawn as a fire spontaneously erupts in a trash can. 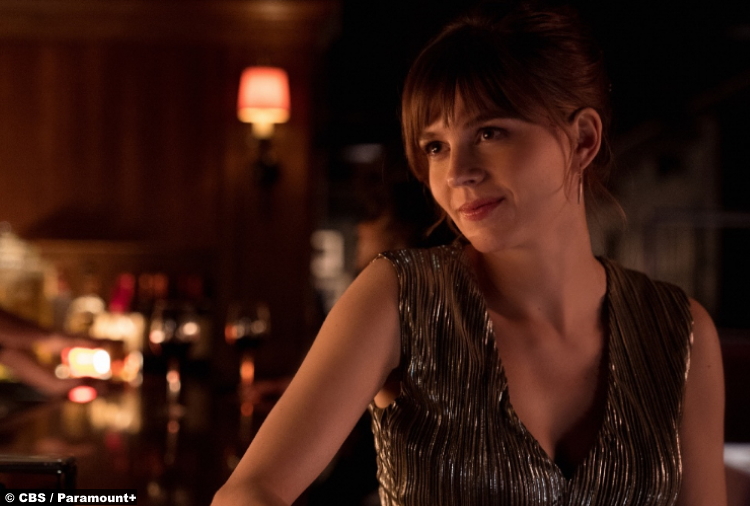 At the same time, Kristen is going through her own issues. Cue the Taylor Swift, because she’s trying to do something bad. She goes out to a bar, for instance, where she lets a stranger man pick her up. She doesn’t end up leaving with him, but it feels as if it’s only a matter of time. That is, if the jinn doesn’t get her first.

One of its warnings was that the fire would leap to someone close to Mathilda, after all. And Kristen was literally close to her, standing right next to her. Now she’s seeing it. But that’s not the only trouble in her life. Her mom is acting like a real weirdo. 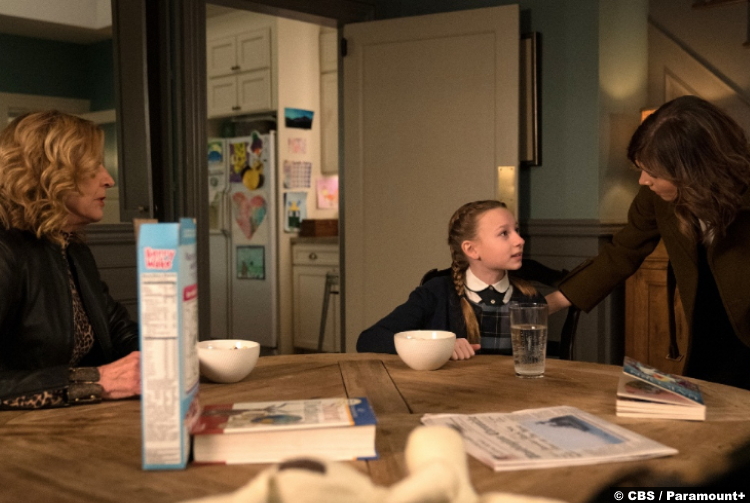 She makes an appointment with Kristen’s therapist, for one thing. She tells him the truth about her situation, but she fudges it a bit. She doesn’t tell him she’s Kristen’s mom, for example. He figures it out, though, and her reaction when he confronts her is just odd as all get-out. She’s literally weeping on the floor clinging to his leg. What happened to that brassy broad we saw last week?

8.5/10 – While I enjoy the Leland storyline, I must admit that he’s better in small doses. Keeping him away from this episode, while they did a monster-of-the-week story, is a smart move. I also liked the storyline involving Ben. I don’t enjoy a night demon creating conflict just for the heck of it, but it is an interesting conflict, nevertheless.