Well, we had a good run while it lasted. Clarice has been doing so well in therapy, but as she tells Dr. Li this week, it’s not working anymore. Instead of making her feel free and easy, it’s just bringing up old, bad memories. Now Clarice is a little ball of rage, an existence that’s she just barely keeping in check. Uh, until she’s not. 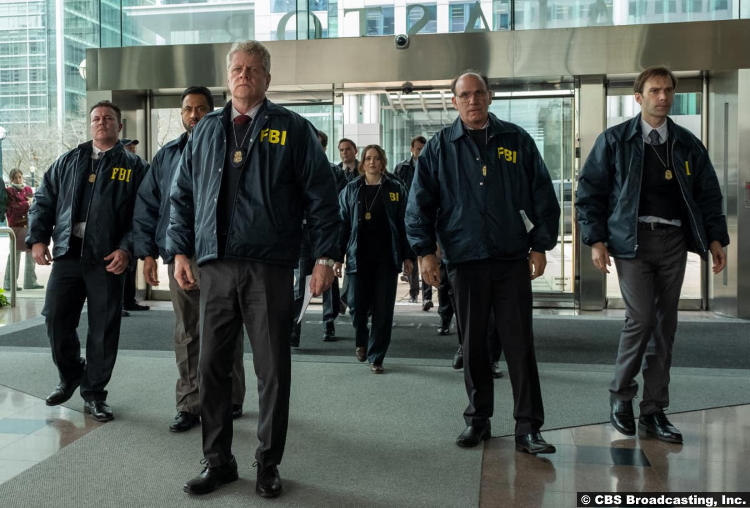 And as satisfying as it is to watch Clarice punch some dude, it doesn’t make a whole lot of sense. Oh, sure, the rage explosion itself does. But how did it get to that point? By that, I mean, how was everyone else just cool standing around listening to some relatively low-level agent say gross racist and sexist shit? I know it’s the 90s, but… (Psst, Salome, remember Tailhook? Oh, yeah. There were a lot of gross things in the 90s that people just tolerated or even openly supported.)

Anyway, that little dust-up happens when VICAP and Violent Crime are both assigned to Joe Hudlin’s “suicide” scene. Yeah, he’s dead. We know that it’s not actually a suicide, though, because we see it all unfold. Krendler knows it’s not suicide because he was literally on the phone with Hudlin when Fake Cop and a crew of goons descended upon Joe. But “Uh, hey, his speech got muffled and then the call ended” isn’t exactly rock-solid evidence, even if Hudlin was begging Krendler right before that to let his family know that he wasn’t as crooked as Alastor would try to make him out to be.

Alas(tor), that’s exactly what they do. With his body, they leave a very detailed suicide note copping to so much that it’s a wonder Hudlin doesn’t, in Ruth’s words, confess to assassinating JFK. And speaking of Ruth, she goes to visit Catherine with news of Hagen’s threats. Catherine really is doing well in that hospital, because she basically tells her mama to burn Nils Hagen to the ground. And really, I think it’s the right move. 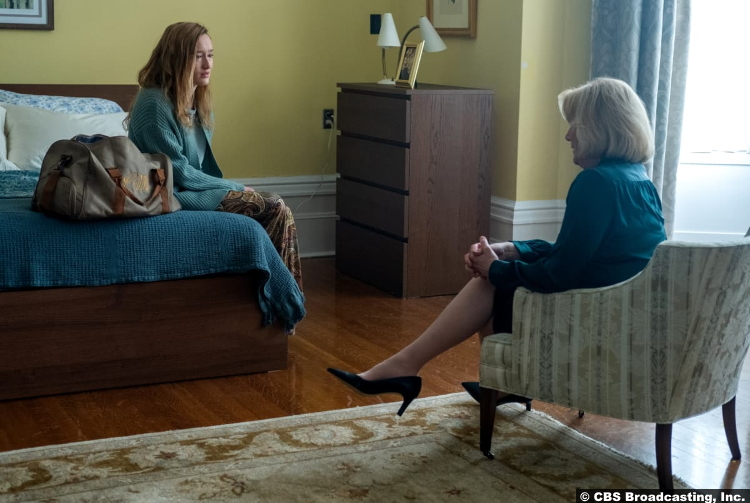 What can he do to Catherine, really? She climbed out of a literal pit where a murderer had stuck her in preparation for harvesting her skin. There’s a reason they didn’t throw the book at her already for the Lila Gumb thing, and it ain’t just because she’s a good victim–white, rich, etc. I think a large part of it has to do with the fact that she is, you know, a victim. And a survivor, so good luck, Nils.

He might need it because he’s turning out to be an even bigger villain than VICAP initially suspected. They find that out this week because, in their raid of Alastor, they seize that Rothko-alike Cronos painting Nils was crowing about last week. A quick spray of Luminol reveals that the painting isn’t just the Rothko color blocks.

There’s also a garish image of Cronos on the canvas. And if it took Luminol to show it, then you guessed it. Someone used biological material to make it. In fact, the artist tells them that Hagen harvested his own blood for that image. That was, by the way, while they were in a disturbing sexual relationship that ended when Hagen found out she was infertile.

Oh, did someone mention disturbing and pregnancy? Ooh, child–no pun intended. While they’re examining the painting, they find some other, uh, material on it. The artist says that she has no idea what it is–whatever it is was added after her involvement. Ardelia comes in clutch with the analysis, although she’s like, “Don’t ever make me do this again, thanks.” That’s because it’s fetal tissue. The most reasonable conclusion, which is saying something, because this is wild, is that Nils just knocked up several women who miscarried. (And then he was just like, “I’ll keep that” as a souvenir? Brother, I guess.) No wonder he’s so obsessed with procreation.

Yeah, hey, about that. After the punchy dust-up, the higher-ups require that Dr. Li signs off on Clarice returning to duty. Instead, Clarice blows up at Dr. Li and then turns in her badge and gun. She goes on a long run–shades of the opening of Silence of the Lambs–and finally cracks that memory she’s been having about her daddy.

It’s still a little fuzzy, though, at least for us. He was maybe not a cop? Like, he was maybe actually a night watchman. And he had Clarice deliver an envelope of money–that was light, by the way–to some bad dudes. When they found out it was light, they put a gun to her head, and her dad was basically like, “Hope it works out for you, honey.” 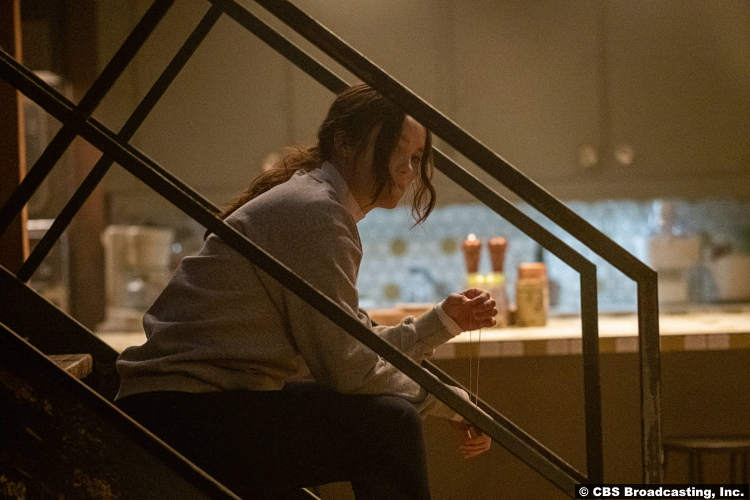 So maybe Dad wasn’t the noble hero she remembers. That’s freeing, though, in a way, because you can know that. You can accept it. Clarice, however, doesn’t really have time for all that knowing and acceptance right now. Because just as the rest of the VICAP team’s figuring out that Nils’s predation couldn’t have gone unnoticed that long without help, that help–Tyson–arrives at Clarice’s door. And she opens it.

7.5/10 – As entertaining as this episode was, it doesn’t erase the fact that many people, Clarice included, make some dumb, dumb decisions.