Clarice S01E09 Review: Silence Is Purgatory – Reconciling the past

I just finished a book today that’s set in 1993. I don’t really care for it, so I’m not going to name it. However, I will say that one of the things I dislike about it is that although it’s set in 1993, the characters act and the plot functions as if it’s set in 1893.

I mention that because this show is also set in 1993, and as such, some of the things that happen can feel out of date–the racially tinged remarks Clark was spewing at Esquivel, for instance. Or that prehistoric hospital I will never cease roasting. At the same time, though, it’s not made in 1993, so the show has the opportunity to make other things right. And by that, I mean the transphobic legacy of Silence of the Lambs. 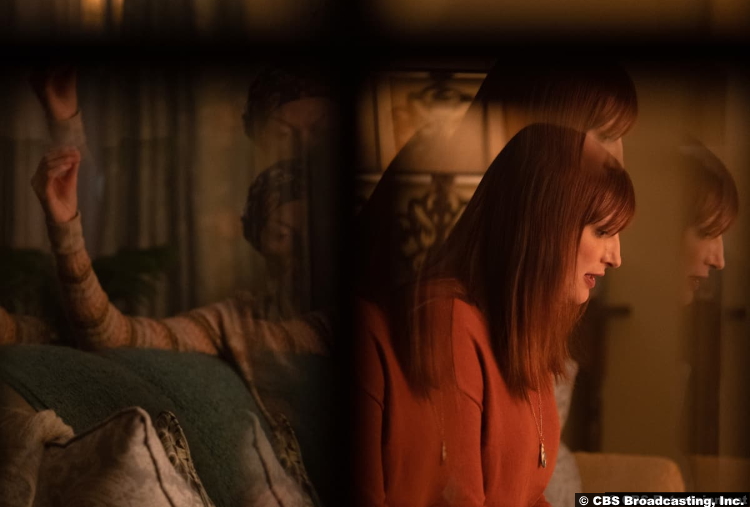 As good a movie as it is and was, it’s still one that’s perceived to have a “transsexual” villain at its center. Jonathan Demme, the film’s director, has responded to criticism by saying that Buffalo Bill is not supposed to be either gay or transgender. (There was at least one scene that made this clear*, but it was cut to keep the story’s focus on Clarice.) Rather, he wants any kind of transformation, as well as to destroy the women he goes after. Nevertheless, people don’t tend to remember the nuance. As Jen Richards points out in the documentary Disclosure, when she came out as transgender to a friend, that friend immediately brought up Buffalo Bill.

And that’s something that Jen’s character, pharma accountant Julia Lawson, wants to make clear when she explains her and her partner’s reticence to speak with Clarice. The news coverage of the Buffalo Bill case repeatedly referred to him as a “transsexual.” More specifically, they called him a transsexual killer. Not exactly a great look for the actual transgender community, as you might expect. And who was right in the center of this? Clarice Melizabeth Starling. (I don’t know what her middle name is; I only know the initial is M.)

In the scope of the river murders case, this detail isn’t that important. But it’s important in another way, and that’s what matters. Still, though, it does give Joe Hudlin another opportunity to flesh out what a jerk (and a threat) he is when he casually deadnames Julia. And it also gives Clarice the wherewithal to stand up to Clark when he suggests blackmailing Julia by outing her as transgender. Clark is obviously pitched as the old way the Bureau does things, but obviously, the old ways aren’t always the best ways. This point couldn’t be made clearer by the fact that his own confidential informant ends up dead.

This development also ties into the theme of the episode, the dangers of keeping silent or not. We see this theme play out in small ways, like how Esquivel hasn’t told his girlfriend of two years that he was (is?) a sniper. She was a paramedic in Killeen, Texas, after all, which in 1993, was still synonymous with the mass shooting at a Luby’s Cafeteria. Until the 2007 Virginia Tech mass shooting event, the Luby’s massacre was the deadliest mass shooting incident by a lone gunman in United States history. It’s understandable then that Esquivel wouldn’t want his girlfriend to see him in the same light as the guy, also a military veteran, who caused her considerable trauma. 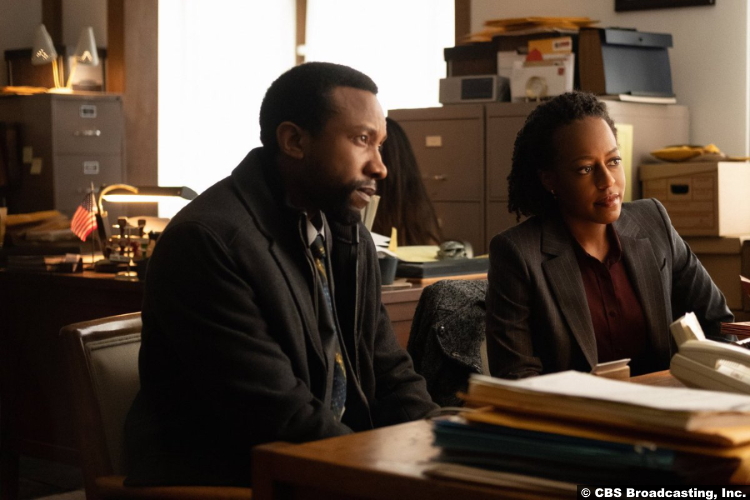 Further, while Tripathi is off being silent by himself, I guess–he’s still absent–Ardelia is also confronting the cost of staying silent. An attorney she and her coalition friend, Agent Garrett (K.C. Collins), consult sees a major hook in the list of offenses they bring him. A Clarice-shaped hook, actually. Clarice, as he explains, is the perfect example of where Ardelia’s career could be if she were given the same opportunities based on her work. And she works in another way because she’s already a media sensation. Her name will get their case attention, in other words.

Clarice, given a heads up, takes this as well as she could. What she still can’t take, though, even with her baby steps into therapy, is the pull of Catherine Martin. Catherine, for her part, is actually doing better than we’ve seen her yet. Although she gets off to a rocky start, she manages to make it out of the house and into a restaurant to meet her old boyfriend. And once it becomes clear that he’s come to break up with her officially, so he can move on with his new relationship, she doesn’t crumble. She tells him exactly what she thinks of him. Unfortunately, that self-esteem boost might have worked a little too well, because I think she’s gonna go kill Jame Gumb’s mom now? Catherine, no. 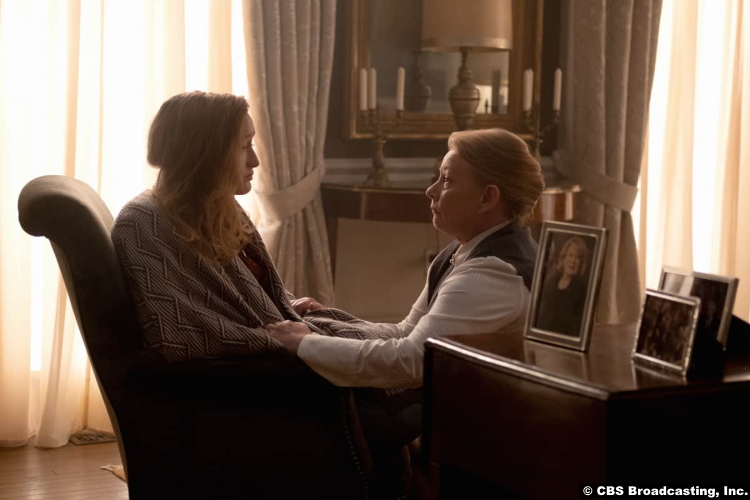 7.5/10 – As I tried to communicate, the most important part of this episode is the way it tries to reconcile its source material’s past. However, it’s not really given the weight it needs, as it’s subsumed into the greater theme of this week’s installment. Also, Tyson is too sweet to be real, ain’t he?

*And Hannibal also says, “Billy hates his own identity, you see, and he thinks that makes him a transsexual. But his pathology is a thousand times more savage and more terrifying.” I award that a Well, You Tried.