In case you forgot, which would be easy, since it’s been a minute, here’s where we left off. Catherine is newly empowered. Yes. She’s gone off the grid to go murder Jame Gumb’s ma. No.

Catherine and yes, Clarice, made it out of that basement, but a part of them is still in there. It might always be there.  Clarice is, of course, making strides to get better, to be better. But Catherine feels differently. And I mean, I can’t really blame her. Clarice spent only a few minutes in there. It’s Catherine who has to live with the knowledge that she was chosen for violence, that she wasn’t supposed to leave. And she just can’t do that. 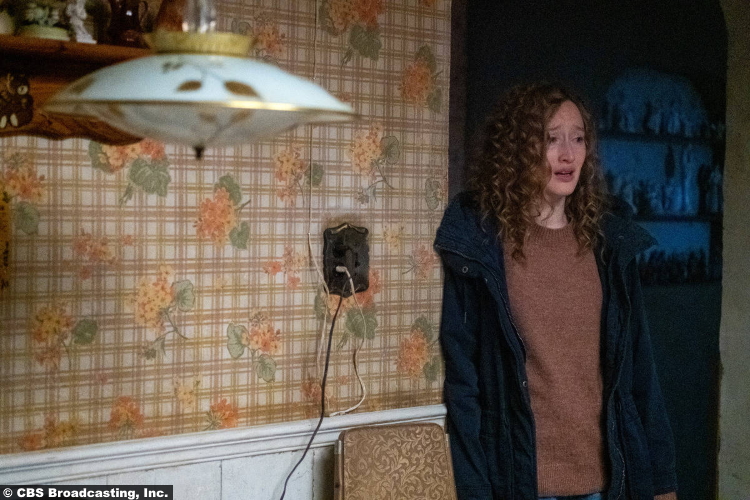 You have to find a way to live with your trauma or it will eat you alive. Or you’ll end up doing something like Catherine. To that end, she’s found Lila Gumb (Maria Ricossa) at a bingo hall, then tracks her to her house. There, they have a misunderstanding that leads to Lila getting hurt. In fact, Catherine’s afraid that she’s killed her at first, but then Lila comes to.

The situation is reversed for a moment, as Lila holds a gun on Catherine. But Catherine gets her sympathy and then the gun itself. And although it may have seemed as if Catherine came here to kill Lila, it soon becomes clear that what she really came to do is get answers. Specifically, she wants an explanation for Jame, for what made him the way he was. (I would like an explanation for what kind of name “Jame” is, by the way. Update: Apparently, according to the novel, which I’ve never actually read, it was a misspelling of James. Alright, let’s move on.)

Unfortunately, though, Lila has no answers. She lost custody of Jame when he was just a toddler, at which point, he was handed over to her parents, in between stints in foster homes. It doesn’t seem as if she kept up with him after that. And then one day, as Clarice reveals when she enters this powder keg, he killed his grandparents. He was 12. Her point is, maybe there are no easy explanations.

Maybe he was driven to do the things he did because of reason one or reason two. Or maybe there was no reason, just a misfiring of his brain chemicals. We’ll never know, because he’s dead. Even if he were alive, though, that’s still no guarantee that there would be answers. Sometimes you just don’t get them. You just move on. 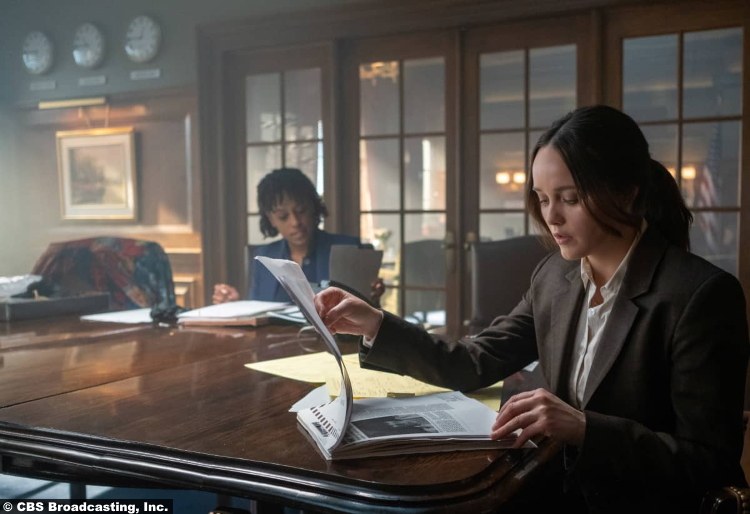 But Clarice doesn’t want Catherine to just float away from all this, so once she talks her down, she also drives her to the police station, so she can be arrested for assault. I’m sure they’ll end up going easy on her–I mean, c’mon–but like Clarice says to Ruth, “She needs to feel it.” No more floating.

And speaking of Ruth, she and Krendler make their own steps forward this week, as Krendler forces her to acknowledge that her actions when Catherine was missing got a few people killed. (Again, they don’t mention Dr. Lecter* because, legally, they can’t. So if you want to know the backstory they’re hinting at, then you should really see the movie.)

While all of this is going on in the foreground, Julia is down in the basement with Esquivel and Clarke. Clarice is a bit apprehensive, as am I, at the thought of leaving her down there with Clarke. And indeed, it seems as if he’s gearing up to say something ugly when he can’t stop staring at her. When she snaps at him, though, he confesses that his younger sister used to dye her hair the same color as Julia’s. The company discontinued the shade, though, so he was just wondering if it were reintroduced. (It’s not, as far as we know; it’s Julia’s natural color.) 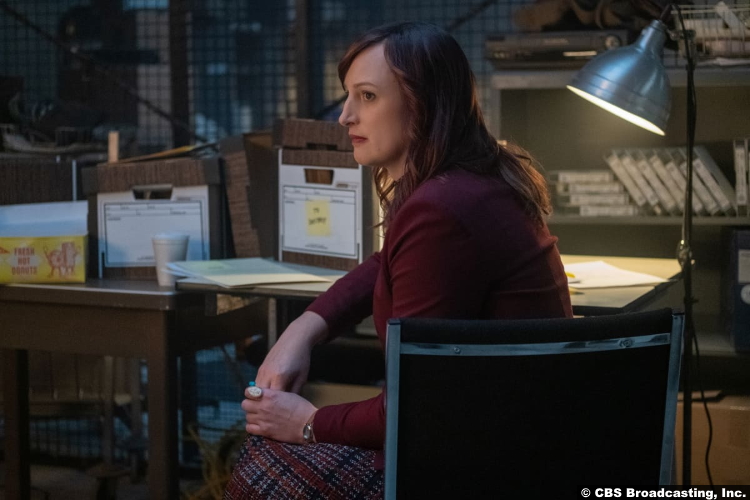 So they’re hard at work on the river murders case, which may require more assistance from and more risk to Julia. But we’ll find out more on that next…week? Yes, next week.** And perhaps we’ll find out more about Clarice’s childhood, which might have been dark even before her dad died. We’ll see.

8/10 – Although much of this episode is just two to three women standing in a room, they still manage to make it compelling.

*Although they can’t mention it, they obviously reference it a lot. On a related note, I think Catherine’s “Hello, Clarice” was meant to be a reference to the fact that a lot of people quote that line from the movie. (Except, you know, Hannibal never says it.)

**And on that note, Clarice will be moving to CBS All Access for season 2. Wow, wild that airing it twice a month didn’t build a huge audience.