It’s a nice change of pace this week to get a monster-of-the-week case instead of the continuing whistleblower thing. But of course, we can’t dispense with the big case entirely.

If I’d thought a bit about it, then I probably would have expected the show to drag out the revelation that the man who hit Clarice at the Civil War field hospital was Joe Hudlin, Krendler’s new divorce attorney. The fact that they didn’t do that is a real surprise, and that’s in a good way. Granted, the way they do it is sorta weird, but I’ll let them have it.

It happens when Clarice returns to the office after her mandatory recuperation. She spots Hudlin’s photo on a magazine cover in Krendler’s office. (I didn’t catch the title, so like, what magazine is this? Family Law Monthly? DC Law Talk?)

At first, Krendler is doubtful. It’s easy, after all, to assume that Clarice just saw the magazine and her mind made a false connection. That doubt is spurred on by Clarice’s admission that she hasn’t settled on a new therapist yet. I don’t know why she’s being so weird about it, or why she can’t just say that she worked with Dr. Li on this. I suspect it’s for plot reasons, though.

Anyway, Esquivel and Tripathi, at least, seem to believe her. As for Clark, he’s got bigger things on his mind. For instance, there’s that case of the week. A homeowner doing renovations finds a child’s body in the wall. Thanks to Ardelia, they’re able to connect the case to another case years earlier. But the similarities aren’t just in the MOs; they learn that the same DNA was found at both crime scenes.

Before we get to that point, though, we learn a little more about Clark’s backstory. He’s taking over as lead on the murder case this week so Krendler can look more into Clarice’s accusation against Hudlin. As the case wears on, though, and they’re no closer to a solution or a suspect, Clark becomes pricklier and pricklier. He seems to aim most of his ire at Esquivel, whom he peppers with racist comments, but he’s got enough bite to go around. Finally, though, Esquivel reaches his breaking point, telling Tripathi that he’s going to hit Clark if he keeps it up.

But then the DNA results come back and it’s someone they recognize–Marybeth Kern (Vickie Papavs), a woman who was a neighbor to both families of the murdered boys. And since Clark’s story turned out to be less gross and weird than it originally seemed, they transfer all that lingering grossness and weirdness over to the resolution of this one. To wit, when Marybeth’s husband left her, she forced their son Gerry (Dylan Roberts) into a husbandly role. He then killed those boys because he believed that he was saving them from the same fate. 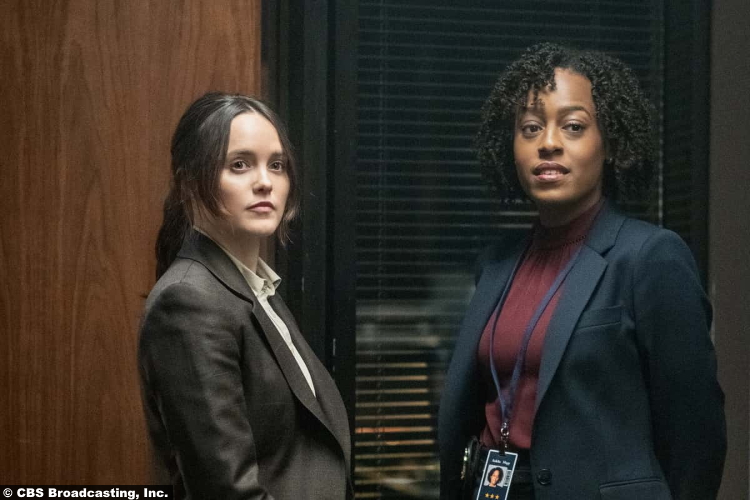 Setting aside the lurid ickiness of all this, this scene, with Ardelia and Clarice at the Kerns’ home, plays so oddly to me. I basically drop-kicked my latte across the room, so I was a little distracted when the scene began. When they referred to Gerry as Marybeth’s husband, I was sure I had missed something significant. His behavior in the scene was so unlike a partner–much more like a son–that it was bizarre to me that neither Ardelia nor Clarice seemed to pick up on it. But finally, they did. Well, they did after Clarice saw a childhood picture of Gerry and realized it was the same man. So yay, that case is done.

On the other hand, the overarching case is not, and probably won’t be for much longer. That’s because Hudlin calls Krendler (on a government line, no less) and forces him to keep his mouth shut about Clarice, or else he’ll blow up Mrs. Krendler’s life by exposing her many issues with drugs and such. It’s terrible, but it’s an easy choice for Krendler, who immediately takes his wife’s side–or maybe more accurately, his children’s mother’s side. He’s going to work hard at convincing Clarice that he was right all along–she was just imagining it was Hudlin, she’s been through a lot, etc.

But, uh, how he’s going to explain all the pictures Tripathi took of Hudlin going into the pharma company’s headquarters?

8/10 – Although I don’t hate the pharma storyline, I do certainly like getting a break from it, even with a disturbing story like this.