You know, it’s incredible how CBS thinks they’re going to grow an audience for this show while scheduling it to air like, twice a month. And yes, that’s a notice that this is the first of two episodes this month. The show will then return in June like that’s normal.

I’m saying all this because I hate it. Not only is it a tough way to build an audience for a show, but it’s also difficult to keep up with the show as a viewer. So like, when they were talking about Clarice and Ardelia being on a trade magazine cover because of the cold case they solved, I couldn’t remember a single thing about it. (It’s this one, by the way.) 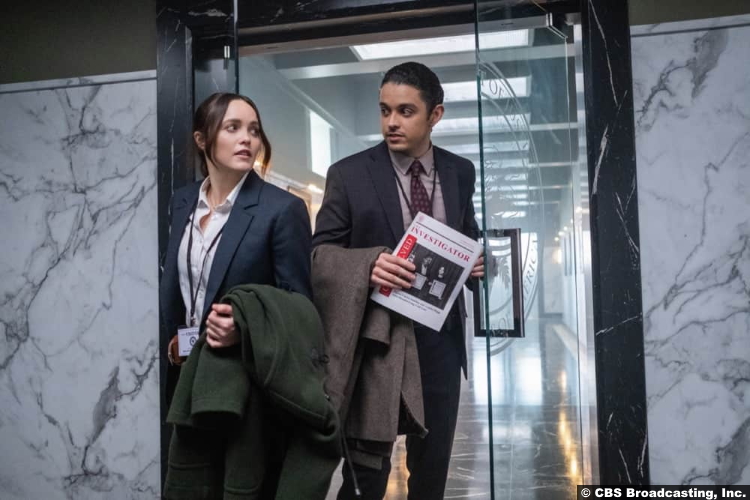 I’m also not sure if this new DNA task force that was created as a result of Ardelia’s diligent work was a thing the show has mentioned before. I guess that doesn’t really matter, though. What does matter is that Ardelia runs smack into the same problem she’s had before. To wit, she does a lot of work and then doesn’t reap the benefits of it. In fact, she’s expected to do even more thankless work.

To be more specific, she did all the work that led to the DNA task force but she’s not getting a supervisory role on it. It’s more like an assistant role, if that. And hey, could she be a real peach and write up a summary of aaaaall of this by Monday–you know, just so the actual bosses can get up to speed? To Ardelia’s credit, though, she’s a fool-her-once kind of gal. So although she had rejected the idea of a coalition of Black agents in episode 4, she heads to a coalition meeting in this one.

Meanwhile, in VICAP, Clarice and Esquivel are continuing to work the Hudlin thing but real secret-like, so Krendler doesn’t find out. What they don’t know, of course, is that he doesn’t trust Joe Hudlin as far as he can throw him. So he does his own secret work, surreptitiously obtaining a DNA sample from Hudlin, which is later matched to the sample they got off Clarice after her captivity at that hospital where Victor Frankenstein did his residency. He also has a really great scene with his teenage son. Gruff Agent Krendler loves torturing his kids with dad jokes, as it turns out. 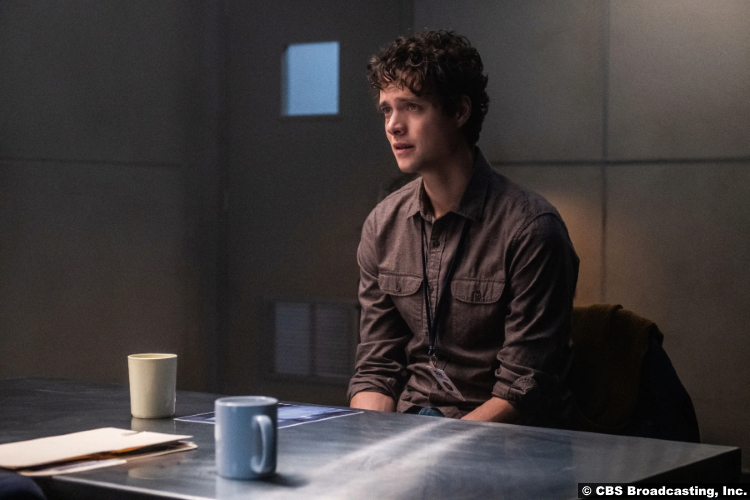 At the same time, the rest of VICAP is working on another case that just so happens to be Hudlin-adjacent. A young Yugoslavian woman had come to these United States to study and work for a nonprofit. Somehow, though, she ended up on the wrong side of a bridge. VICAP needs to determine if her death was a suicide, as it looks, or if something more sinister is at work here. Her proximity to Hudlin would make one lean more toward the latter. However, when they speak to Tyson Conway (Douglas Smith), the man at the nonprofit who recruited her, his interview makes things a bit murkier. He tells them, for instance, that her husband had died in Yugoslavia while she was here in the US.

Despite the “light” in her that Conway describes, as VICAP investigates further, they find a lot more dark. A new sweep of the area around the bridge finds her wedding ring, for instance. If someone had forced her off that bridge, then it’s unlikely that they would have allowed her a moment to neatly leave some evidence. The title of this episode, by the way, refers to Clarice’s own necklace, and the way she thought about taking it off in Buffalo Bill’s basement. Her logic was that even if he killed her, then the necklace would stand as a sigil that she had been there.

Further, when they find the woman’s safe deposit box, there’s a glaring clue within it. It’s an ultrasound photo. Further examination of the fetus reveals the same kind of defects they saw in the clinical trial. So there’s another connection to the river murders case. And apparently, all that’s enough for them to decide that the woman took her own life. I mean, I guess. 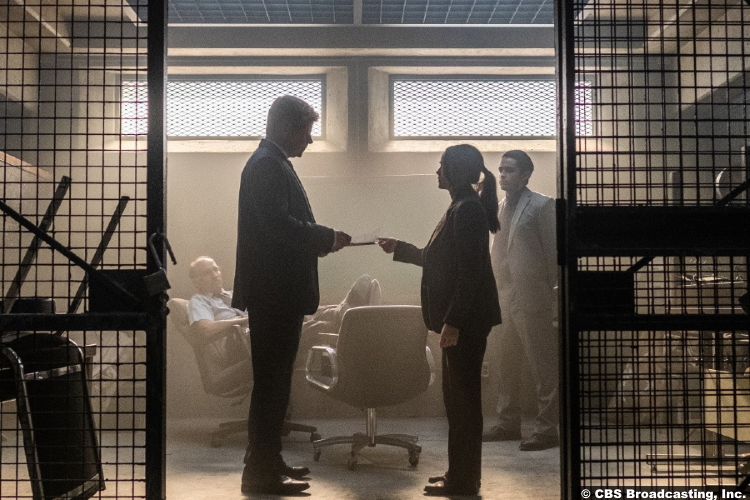 Finally, Krendler gathers them all* in a basement room to tell them the truth about Hudlin. The decision to keep gathering intel on him and the whole case is treated like a big surprise moment, but c’mon. What else were they going to do–just charge at him immediately?

7/10 – It feels like we’re just treading water, no pun intended, with the river murders case. And again, with the way CBS is scheduling this show, it feels like it’s taking forever to get anywhere.

*Tripathi, of course, wasn’t in this episode. Clarke says he’s doing stuff for his wife and her family, but as Esquivel points out, Mrs. Tripathi passed away. Hmm.