So while Grant’s actions may have seemed a little shady or mysterious, in retrospect there’s a good explanation. He actually meant to meet Ace, but he got a call about his mom and had to leave. Otherwise, he’s been trying to introduce himself to Ace, but Ace is always so busy with, you know, Drew Crew stuff.

That call, though, is the impetus for Grant to speed up their reunion. Coming out of witness protection led a former associate straight to Grant’s mom Suzie. That associate, Daniel West, has now kidnapped her and is holding her until Grant finds a device with information West wants. 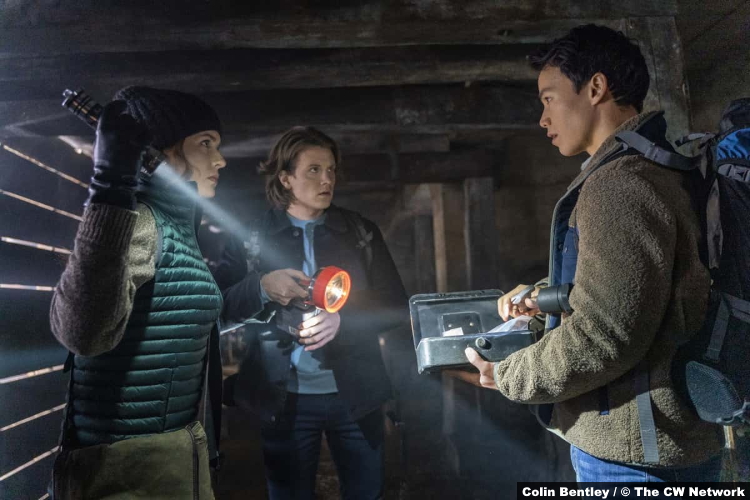 It seems that Suzie used to work for a very dangerous company, the kind that wouldn’t think twice about permanently eliminating any threats. In fact, I think that might be all that they do–it was a little confusing to me, especially when Ace compared the company to the Illuminati.

Anyway, Suzie decided to blow the whistle and that’s how she ended up in witness protection. Thom was like, her handler or whatever, and dot dot dot, they had a baby. Kinda unprofessional, Thom! Actually, he didn’t know about the baby, because she was moved to an undisclosed location before she found out she was pregnant. And I’m unclear on the exact time frame here, except that it happened before Thom was married.

Anyway again, Grant is now coming clean to Ace so that he can get Nancy’s help here. And as far as mysteries go, this is a pretty tidy one. Nancy immediately knows the location where Suzie hid the device because Nancy solved a mystery there when she was in like, middle school. Suzie has encrypted the information, though, so they have to bring in Thom. He’s a little surprised that Ace is bringing up Suzie, but he’s already met Grant at this point, in a scene that had the audacity to make me feel a feeling.

West doesn’t trust them just to give him the device, so he kidnaps Ace, threatening to kill him if Nancy and Grant don’t turn over the machine. Nancy tries to talk West out of taking the list, telling him that she knows it must have been hard going from his hitman lifestyle to life in protection. He’s uninterested in relating, though, and moves to drop Ace from the platform from he’s suspended. 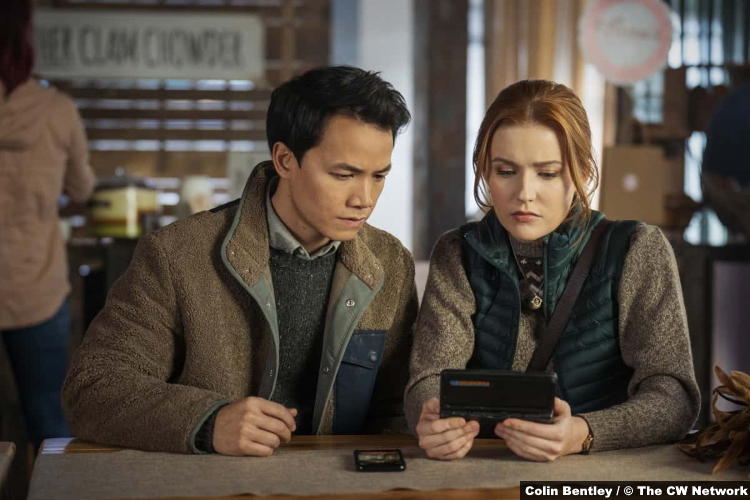 Much to Ace’s chagrin, Nancy easily turns over the list, because she can’t bear the thought of losing Ace. But she didn’t just leave all those people to be menaced and killed by West. She made a terrible bargain, enlisting Celia’s help to retrieve the list. In exchange, Nancy will recant her prior claims about Everett ordering the deaths of the Bonny Scot crew.

Uh, couldn’t they have just erased the list? Or changed the names? Or something else? I guess not. In any case, Nancy goes through with her part, which means that Everett will probably walk. That doesn’t mean he won’t still try to kill her, though.

After all, when Nick tracks down someone who’s got solid evidence on Hudson’s misdoings, it’s worse than anyone thought. It seems that Everett has been playing a long con, setting up Ryan to be framed for all this stuff. It’s awful, but at least Ryan knows that this “evidence” is out there now. 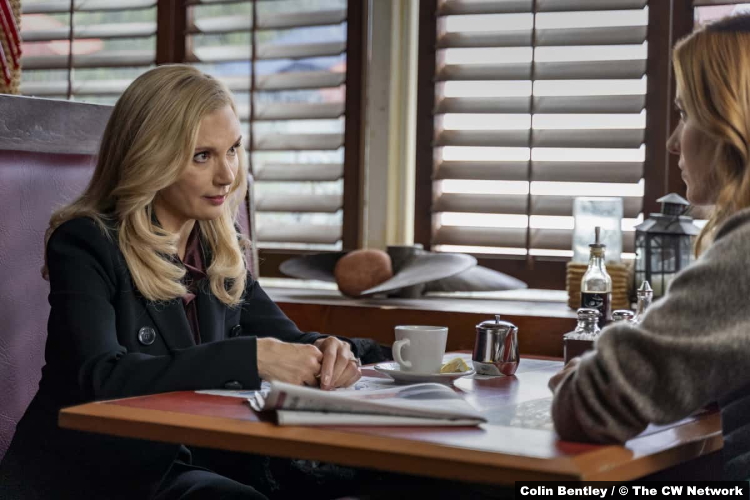 And Thom finally gets to find out about Grant, in another scene that made me have a human emotion. Grant’s actually taken the time to learn how to fingerspell his name, which is really sweet. Unfortunately, he and his mom have to go back into witness protection, so Ace and Thom won’t see him for a while. Hmm, is that while until next year, when I’ve heard the Hardy Boys will become public domain?

I’m still unsure as to whether Ace and Grant will turn out to be them, but several details seem to hint in that direction. For instance, Ace’s parents are a cop and a librarian, just like the Hardy Boys. And this week, Grant mentions that he goes by his middle name. Could his first name be Frank?

Again, I’m still not completely convinced, but I’d definitely be here for it.

8/10 – I’m also here for the revelation that George’s sisters are not only aware of Odette, but they also each have relationships with her. Beyond that, I just love Captain Thom so much. I’ve referred to the show Manifest as “Good Sweaters” before because they have a lot of them. Nancy Drew, on the other hand, could be subtitled, Good Dads. There are a lot of them on this show. Um, except for Everett. That guy sucks.