Nancy Drew S02E13 Review: The Beacon of Moonstone Island – Drifting to the dark side?

Nancy and Ace obviously have feelings for each other, but shhhhh. They are pretending not to. Nancy, because she mistrusts her own happiness and thus, is entertaining a fling that’s inherently not serious. And I don’t know what Ace’s problem is. Maybe he’s just afraid of ruining their friendship. Also, I think he just really likes Amanda. And…same.

So in the meantime, Nancy and Ace are both, uh, making time with the Bobbsey twins. (Eight or whatever-year-old me who religiously read the Bobbsey Twins books is SCANDALIZED.) And since Nancy’s reputation is now in the toilet since she recanted her testimony, she decides that she’ll start trying to rebuild it by getting some work done for her dad. Gil ends up not being able to go with her, so Amanda and Ace take his place. Hmm. Cozy. 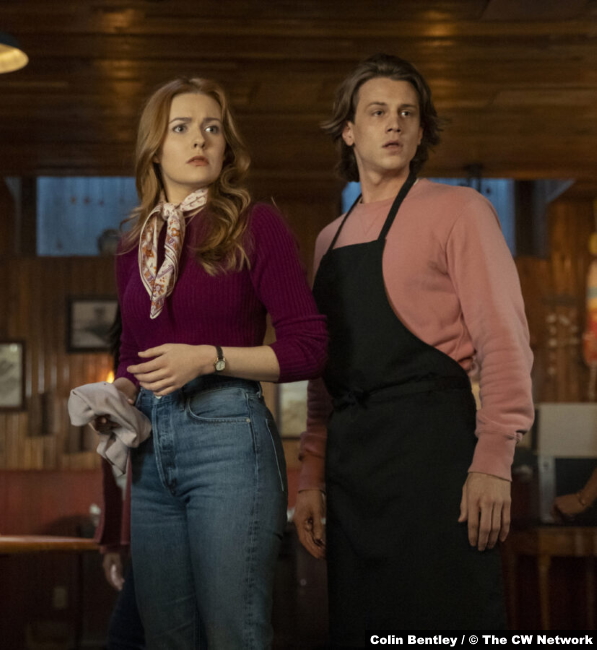 Anyway, Carson’s client is claiming that he wrecked his boat because of a light coming from Moonstone Island. There’s nothing on the island, though, so it doesn’t sound like much of a defense. Nevertheless, Nancy is dispatched to check it out. And sure enough, they find something quickly. A young girl, Birdie (Alison Thornton), apparently lives on the island. She’s skittish, but she’s willing to go with the trio, especially since she’s really cut up her leg.

However, once they get her back to the mainland, weird things keep happening. For instance, things start breaking or getting killed–RIP, the Fans’ new bird–and embers keep falling around Birdie. After doing some research into the history of the island, the Drew Crew finds out that an American boat was blown up near there during the War of 1812. The boat’s crew was apparently a fearsome bunch, whose motto was “Give No Quarter.” As such, they completely wiped out any opposition they ever faced. And ever since the ship went down, nothing has survived on Moonstone Island. Everything burns.

But um, Birdie survived. And once they put her quirky sandwich request together with George’s memory of a catering order of the same sandwich, they figure out what happened. Five years earlier, Birdie and her parents were out on their boat when it caught fire. All of them were presumed dead (and presumably, her parents actually are). Obviously, though, Birdie lived, and has been living on her little own (with ghost help) for five whole years. 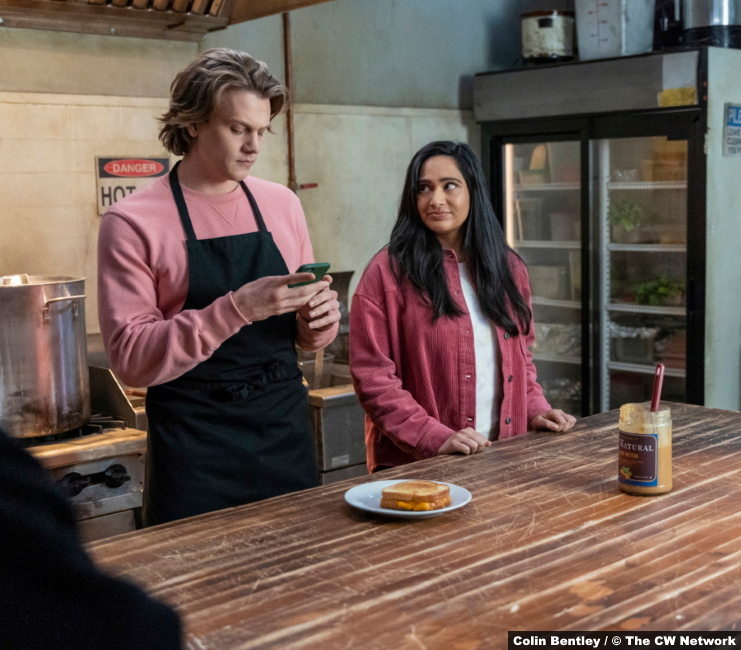 So they return her to her uncle and grandma, and everyone lives happily ever after, the end. Wait, we’re only about a half-hour into this episode. And if you’re wondering why those mean ol’ privateers would kill anything and everything in their wake, including Birdie’s parents, yet look after her for five years like Nana the nurse dog in Peter Pan, well, then you’re a sharper touch than me. I was too busy being like, “Nope,” when her uncle handed Nancy a business card. As soon as it was revealed that he was in marine repair, it was too obvious. (Also, the fact that the sailor ghosts burned “GIVE NO QUARTER” into Nancy’s arm was also a hint.) Uncle Frank was responsible for the “accident.”

The reasoning doesn’t really matter, but it was money, of course. What’s more important, though, is Birdie. She’s scared to stay in Horseshoe Bay, because…why wouldn’t she be? Not only has she been alone-ish for five years, but the town is also a reminder of her mom and dad. But Nancy, who’s been through this kind of thing herself, tells her that she’ll be okay. She’ll have new experiences and new memories. Move forward, you know. 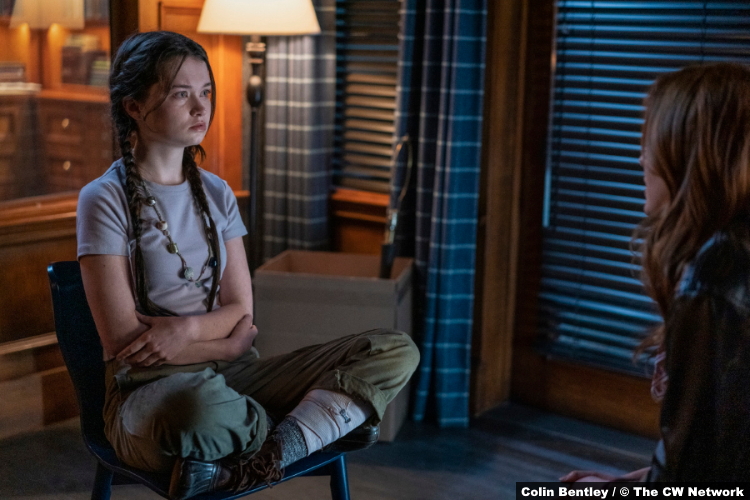 Maybe that’s what inspires Nancy to become a Hot Dummy immediately after that. Because I can’t think of any other explanation for it, other than Nancy’s may be desperate for a mother figure. Anyway, Celia had given her a cashmere beanie after she withdrew her testimony against Everett. Like, what a cheap bribe. And at first, Nancy’s like, I’m going to give it to Goodwill. But at the end of the episode, she’s wearing it, talking about “Well, maybe Celia gave this to me out of love, because I’m her granddaughter.” Those aren’t her exact words, of course, but that’s basically the gist. And I thought messing around with Gil, who keeps trying to be an even bigger jerk, was going to be her worst move this episode. I’m not as dramatic as Nick, who tells Ryan that they’ve “lost Nancy,” but this is a big ol’ yikes. Nancy, come on.

But on the upside, at least Odette and George continue to work out their issues.

8/10 – First of all, Amanda is so cute. And she’s a real asset to the Drew Crew, so it’ll be sad to lose her when she goes backpacking. But uhhhhh, we could get rid of Gil this minute. Since this is a family website, I won’t quote Ace’s assessment of him, but he was right. Gil’s a real pill. And I’m going to keep talking about stuff like that to avoid the Hudson elephant in the room, because again…Nancy, what are you doing?

Are these ghosts? Is this a ghost thing, making Nancy forget literally everything she’s ever learned about Celia and Everett Hudson?