Mare of Easttown S01E06 Review: Sore Must Be the Storm- Love this show!

I started thinking of a Victoria Williams lyric as I was watching this episode. Specifically, a line from “Crazy Mary” that goes “That what you fear the most could meet you halfway.” It was Mare herself that made me think of it first.

It started when I was thinking about what her therapist said, how Mare hasn’t allowed herself to grieve Kevin’s death. Instead, Mare has sought a kind of counterfeit grief through the losses of others. It almost feels the same, but it’s not yours. 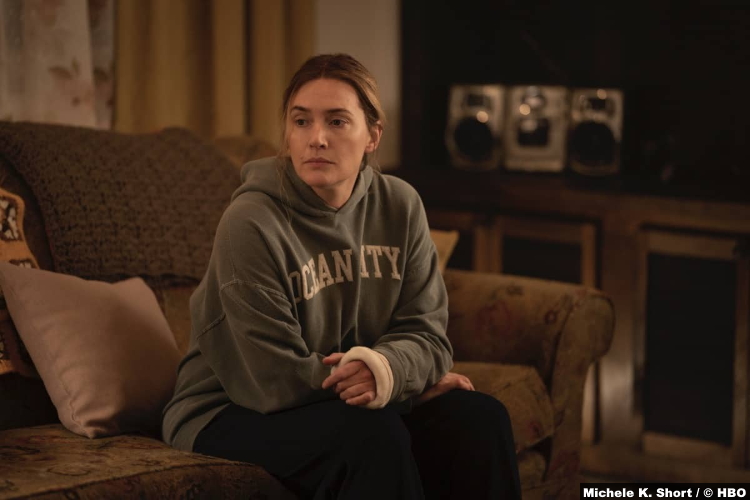 And then through throwing herself into her work, and the grief of others, she lost someone else. The only way out of grief, though, is through it. And after Colin’s mom slaps her, it’s like it shakes something loose. Or maybe puts it together, because that’s what Mare realizes–she’s got to get it together.

So she pushes through the grief, telling the story finally in therapy of what happened the day Kevin died. It’s a grief that encompasses Siobhan, of course, who’s still angry that she had to be the one who found her brother. And maybe expressing it to her mom–pouring out that rage–doesn’t heal her on the spot, but it’s a start.

It also helps Mare to get back to her work, which is probably the closest thing she has to religion. And the pieces keep falling. I’ve been thinking of this case, the Erin case, like it’s a jigsaw puzzle. Mare keeps getting pieces, but she’s not sure where they fit yet. However, it’s starting to take shape. 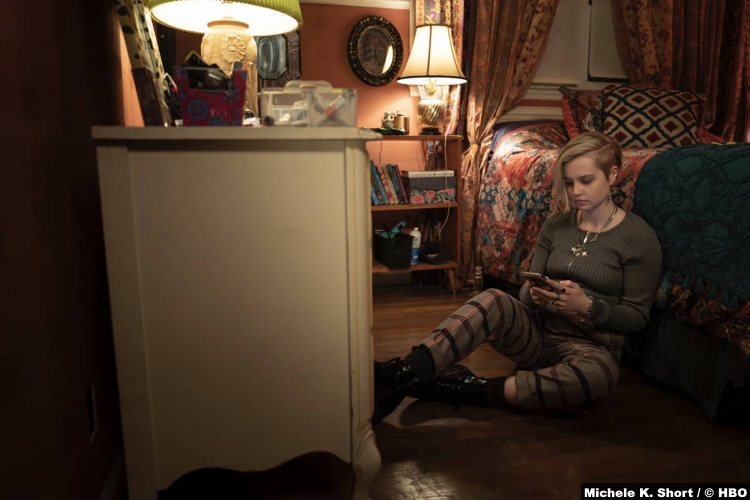 For instance, Beth calls her for help with Freddie, who’s apparently home, but hasn’t answered anyone. When Mare checks it out, she finds his body, still with a syringe in his arm. What Beth feared met her halfway, but she finds out that it feels like relief. His misery has come to an end.

In his house, though, is yet another piece. He has a bag of Erin’s clothes. Now there’s an explanation for that–Kenny let him have her stuff so that Freddie could have something to give his own daughter. She probably won’t want the jersey with Erin’s name on it, but that doesn’t matter. What matters is that there’s a commemorative t-shirt for a family reunion. The date? 29 May 2017.

The pieces keep coming. Brianna tells her about Dylan disappearing that night, so they haul him in for more questioning. It’s a great scene–I loved Chief Carter’s little smile when Mare tells Dylan to tell the lawyer he wants that his “alibi’s fallen apart” and that he’s their prime suspect. But does it get us closer to the truth?

After all, there’s still that family reunion and whatever the hell went on there. Billy, of course, confesses to killing Erin. [More on Robbie Tann (Billy)’s thoughts here.] That might seem as if I’m burying the lede, but I’m hedging my bets. Is that a sincere confession? John says he wants to hear Billy say the words, but that could mean multiple things. It could mean, for example, that he has to hear it to believe it. Or it could mean that he wants to hear if it is believable.

Because, clearly, John is also hiding something. It could just be his affair with Sandra. (Who the hell is Sandra?) Then again, that’s never confirmed. So then it could be, again, whatever went on at that family reunion. Someone bought that pendant for Erin. Someone, by the way, whose name is Ross, according to the receipt. That could be yet another red herring, but I don’t know. 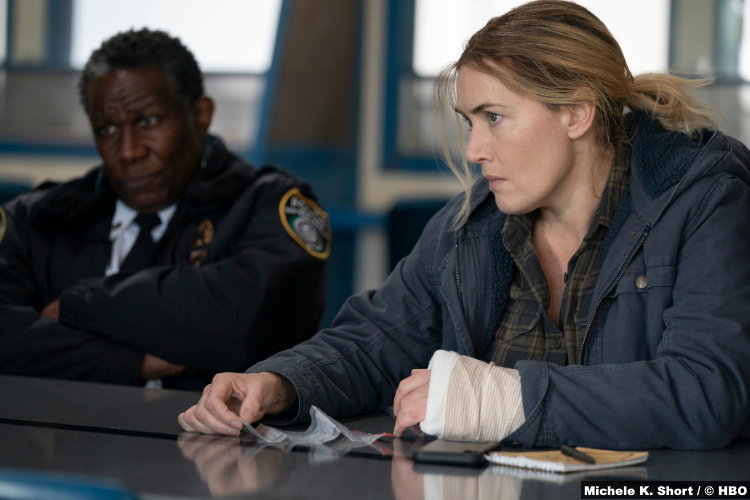 I have absolutely no idea at this point and no clue how this is all going to end. Every time I think we’ve gotten to the solution, the story twists again, and the final piece slides out of my grasp. Like, the show ends with Mare going to the Lehigh River to confront Billy, who’s fishing with John. (There’s also a gun* with them so that probably ain’t good.)

At the same time, though, Jess is coming forward to give Chief Carter a small puzzle piece. She doesn’t tell him everything about whatever it is she and Dylan and Sean (Sadat Waddy) are up to, but she does give him a picture. Whatever’s in it is enough for Carter to demand they get Mare on the phone. So what is it? (I freeze-framed it and yelled “ENHANCE!” but it didn’t work as it does on TV.)

9/10 – We’re on the penultimate episode and I still have no idea who the killer is? I love this show! (I also hate not knowing very much.)

*By the way, that gun in the tacklebox looks kind of like an old cop gun, like a Colt Official Police, which is not a Colt Detective Special (the gun that killed Erin). This probably means nothing, but…I have no idea what means anything.