There is a slim–very slim, but there–chance that Mare would have abided by the terms of her suspension. She even makes a good-faith effort to start, showing up to therapy and announcing, “Let the healing begin.” But then another girl goes missing.

The story of Missy Sager (Sasha Frolova) is not a new one. She was once a very promising young woman. Then she was involved in a freak accident, and they gave her Oxys for the pain. We can infer the rest of the story from there. Eventually, the Oxy prescription ends, but the dependence doesn’t. Missy turned to sex work, which is where she met the mysterious man (?) who took her. 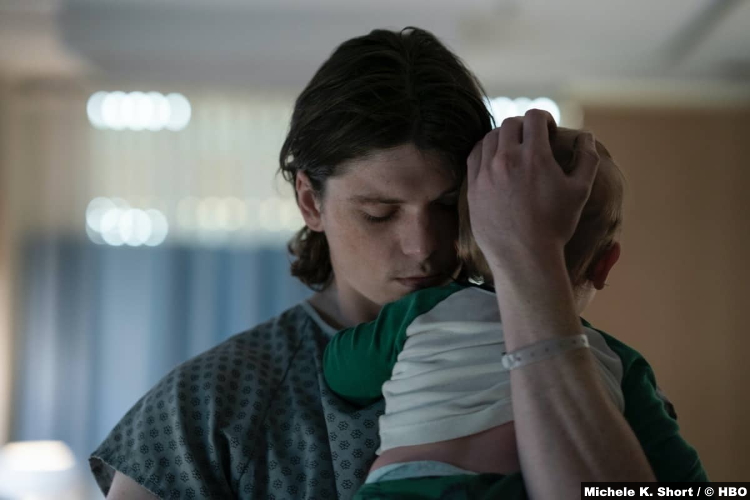 So even though Mare is supposed to be suspended, and that Colin is supposed to be working with a new guy, he and Mare still partner up to continue working the case. Incidentally, the DNA tests have come back and neither Frank nor Dylan is the father of little baby DJ. So that’s a dead-end for now.

However, they have a new lead. Erin seemed very insistent that DJ was going to get the ear surgery he desperately needed. But where would the money have come from? Her dad outright refused to pay, and Dylan was equally reticent. Nevertheless, Erin seemed confident that it was happening. 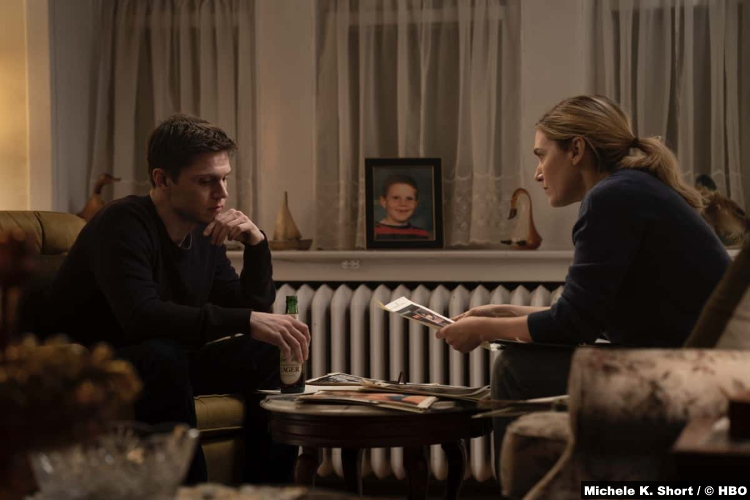 After talking to Jess, they find out one secret that Jess had been withholding. The girls had set up a page for Erin on an escort site, the same one, in fact, that Missy had used. Jess tells them that Erin could never screw up the courage to meet a man in person, but that’s not exactly a verifiable fact, not yet. Erin could have kept it a secret from Jess, for one thing. And for another, Jess clearly appears to be holding something else back.

But so is Mare, who returns to question Jess without Colin. He’s been questioning people without her–he ambushes Deacon Mark, for instance, to question him about his transfer from his old church. But his questioning there without her is a function of her suspension. She goes behind his back apparently so she can search Erin’s room without the proper procedure. It may satisfy her curiosity for the time being, but it’s not much help for the case. That engraved pendant is interesting, though. I can’t find when exactly this is supposed to be set, but unless it’s 2018ish, it would be unlikely that the date commemorates DJ’s birth. So what does it mean? 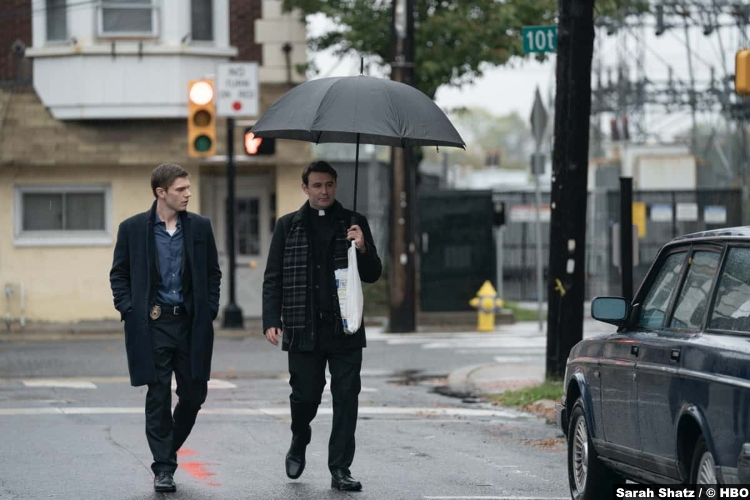 That’s a mystery for another time, but we do get answers for two other ones. One is the mysterious person who starts calling Dawn, offering her Katie in exchange for $5000. It’s a strange amount, especially since the reward for Katie is $15,000. Then again, perhaps the caller doesn’t want to call unnecessary attention to themselves. I mean, if it were real.

Because it’s not real. It’s Beth’s brother Freddie, whom we met in the first episode. He’s just moved into Beth’s basement, as he has nowhere else to go. Maybe that’s why Dawn doesn’t tell Beth, who’s babysitting Dawn’s granddaughter while this little excursion is going on, what happened. Or maybe it’s just that Dawn knows all too well what it’s like to love an addict. 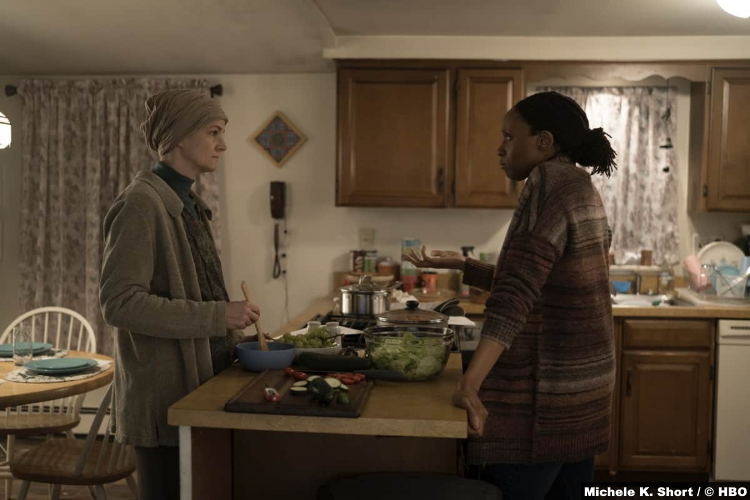 The other mystery, by the way, is what happened to Missy, at least for the time being. The man–and again, I’m saying “man” but I don’t know for sure–doesn’t kill her or even assault her (beyond the initial attack), as far as we can tell. Instead, he takes her to an abandoned tavern where he deposits her in a room in the back and locks her in. As she protests, someone speaks up behind her. It’s Katie Bailey, who tells her that no one can hear them.

8/10 – This is probably my least favorite episode so far. However, this is such a good show that even an episode I didn’t love is still pretty good. I just thought it went in a lot of directions. Like, what is the deal with the Siobhan storyline? Is that going to loop back into the main storyline or is it just a break from the central action?

And speaking of the central action, I’m not convinced that whoever took Missy and Katie is the same person who killed Erin. After all, Missy and Katie are still alive. And why are they? I don’t know, obviously, but it could be a sort of “for their own good” kind of vigilante. Or it’s just a weirdo.

As for who killed Erin, I’m sliding my answer over from Lori to her husband. I also don’t trust Billy. In addition, Lori and Johnny’s son seemed kind of shifty. I’m watching the whole house! (Yes, I know that Deacon Mark is suspicious, but like, he’s a little too suspicious.)

Finally, if you’re an American (or can pretend to be), then you can watch Saturday Night Live spoof this show in the sketch, “Murdur Durdur.”