This week, we learn the truth behind one of Easttown’s mysteries. Another one, unfortunately, remains elusive.

The elusive one, of course, is the central mystery of this season: Who killed Erin? At this point, it feels as if the more we learn, the less we know. For example, we learn this week that Jess has been lying. (What a surprise in this town!) She lied when she told Mare where to find Erin’s journals. Mare, of course, didn’t find them because they weren’t there. 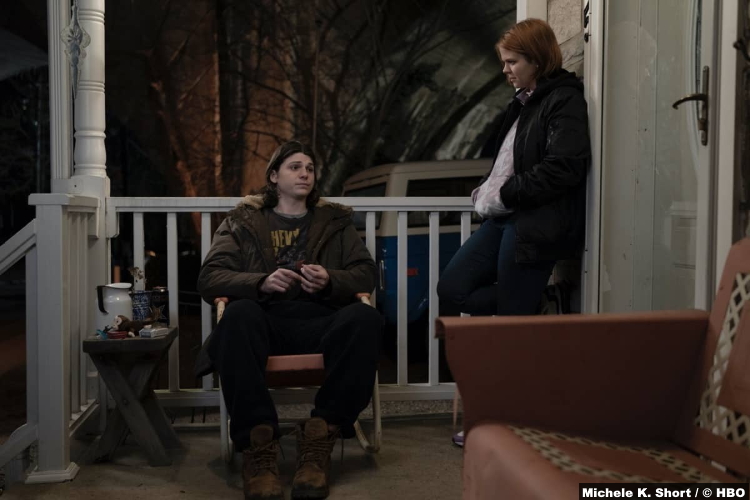 Further, it’s Dylan who’s been orchestrating all of this. He told Jess to lie and what else to say. And again, fitting this town, he’s also lying. In a conversation with Brianna, it comes out that he was missing the night someone killed Erin. He gives her several excuses, but she’s not buying any of them. She checked. She looked around. He wasn’t at the house. He also oversaw burning Erin’s journals. It’s strange that he was so insistent that they not read them, though. At the same time, he took her money. So let’s just put Dylan back on the murder board.

And while we’re at it, let’s put cousin Billy on there as well. Because when Mare hangs out with him and the Rosses, she finds out that Erin once lived with Billy. How long? Oh, he doesn’t rightfully remember. When was it? ‘Round about 3 years ago. Remember that engraved pendant? (Just for future reference, the date on the charm is 29 May 2017.)

One person, though, that we can probably take off the board is Deacon Mark. After a rough encounter with some local youths, he finally comes clean to Father Dan (Neal Huff). The deacon says that Erin called him the night she died because she was upset. Uh, checks out so far.

She got a call from someone that made her “hysterical,” and then she wanted Mark to drop her off at Brandywine Park. So he did, and that’s the last he ever saw of her. She’d left her bike in his car, and he was afraid of the implications, so that’s why he threw it in the river.

It’s a believable story. And I don’t have any reason to doubt him, so I’m going to choose to buy it for now.  I think he’s certainly got a lot of demons in his past, but I’m not sure that he’s a killer.

The guy who took Katie and Missy, on the other hand, is a killer. He’s also not a well-meaning vigilante–he’s just a predator. Katie tells Missy about another girl who was kept with her, until she wasn’t. At the same time, Mare is remembering that girl, Hillary, because her story is so similar. She’s not from Easttown, though, so that’s probably why she hasn’t thought of her until now. 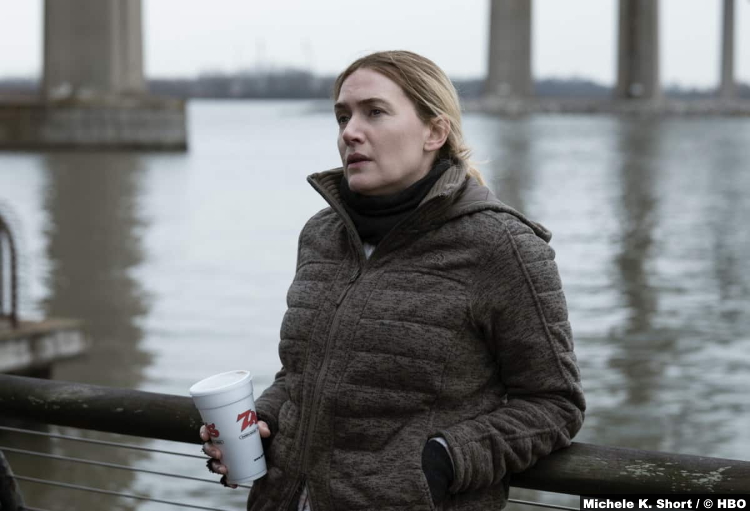 In addition, even more connections abound. Tammy (Rosa Arrendondo), a CI Mare has used, tells her about a girl who had a frightening encounter with a man in a blue van in the same area where Missy went missing. That girl, Allie (Bronwen O’Connor), had the presence of mind to write down at least part of the license plate.

It takes time to get matches, so that’s a perfect opportunity for Mare and Colin to get real with each other. She tells him what she tried to do to Carrie, for instance. And he tells her the truth about the impossible case he solved. That, plus his farewell to his mother (about being tired of doing the safe thing), is pretty much a guarantee that Colin isn’t long for this world. 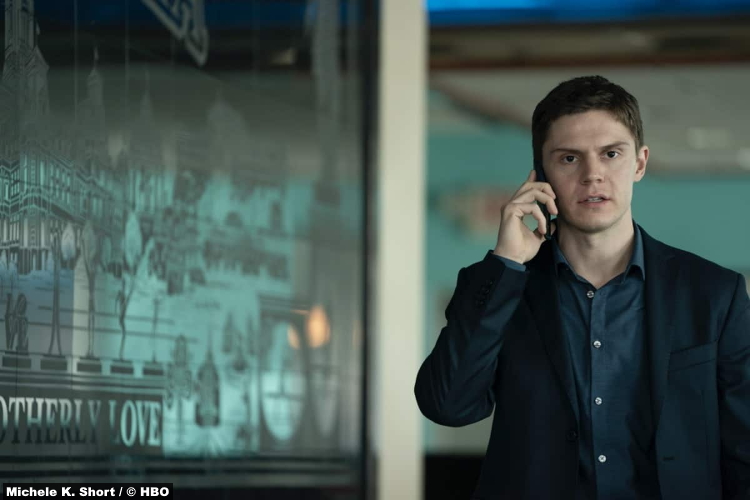 Unfortunately, my instincts are correct. After the partial generates a list of matches, Colin and Mare start tracking down the matching vans. Most of them are a bust. Then they arrive at a house that’s connected to the bar where the girls are being held.

It doesn’t take long for them to figure it out. First, they spot a pack of Winstons, just like Allie had noted. There’s also the man, Wayne Potts (Jeb Kreager), and his odd manner. Then the banging starts.

Up in the attic, the girls have realized that someone is there unexpectedly. So they start shaking the pipes, enough for them to be visibly moving. Colin pulls his gun, but Potts is faster and shoots him in the face. Mare is in a losing game. She wants to help Colin, but he’s gone. And she doesn’t have a gun.

9/10 – Oh, Colin. Evan Peters did such a good job with this character, and it’s going to be a bummer going forward without him. (You can read his thoughts on everything here, by the way.) But we still have the main mystery to solve and I don’t feel as if I’m any closer to figuring it out. So who do you think killed Erin?