As you hopefully recall from last week, the episode ended on double cliffhangers. So let’s dispatch with the resolutions for those, shall we?

First of all, we begin the episode with Johnny and their other cousin Billy (Robbie Tann), out looking for Kenny. They find him passed out, splayed across a bunch of rocks, much like Erin was found. Did he think he was getting closer to her in her last moments? Perhaps. 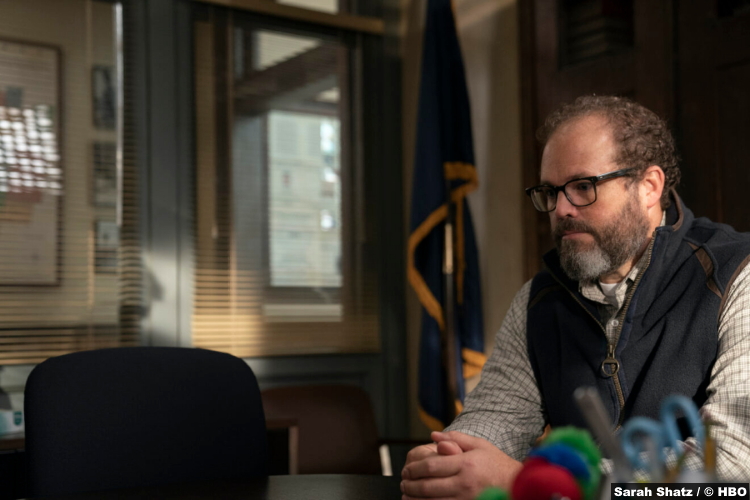 He tells his cousins right away that he killed Dylan and thankfully, this town isn’t so insular that they keep it to themselves. Johnny calls Mare immediately, which probably saved Dylan’s life. Who knows how long he would have been out there before someone found him?

Because that’s right–Dylan is alive. He’s not well, but he soon regains consciousness. Unfortunately for him, more hits are coming, as his dad brings up Mare’s request for a DNA sample for paternity.

And on that note, after Lori shares with Mare what Jess told her, Mare confronts Frank. He’s indignant, unsurprisingly. But while he has a good alibi–he was with Johnny–and he readily agrees to a paternity test, it still feels like he’s holding back something. Like, for instance, why he never shared the real details of his relationship with Erin. If it were really that innocent, then why not just say it in the first conversation they had? 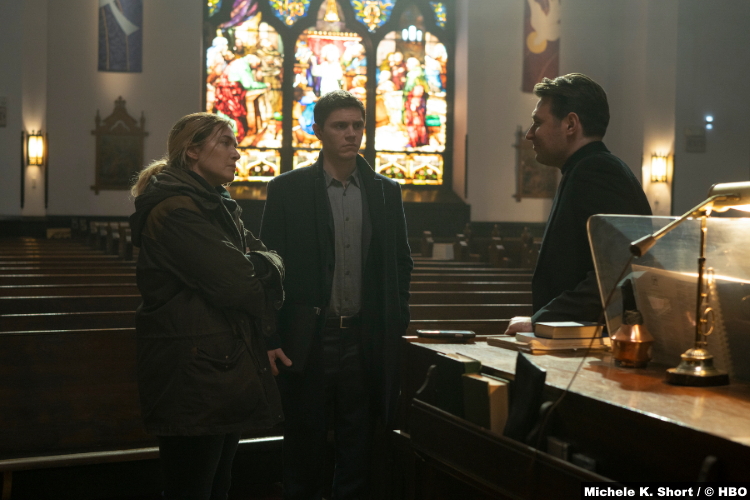 Maybe it’s because he knew how it would look. Incidentally, that’s the same thing Mare brings up with Deacon Mark–how unusual it is for a member of the clergy to have a personal relationship with a minor, especially in light of the church’s abuse scandals. The fact that someone calls in an anonymous tip about him is just fuel for the “Deacon Mark did it” fire. And of course, in this episode, we see him get rid of Erin’s bike. Still, while it doesn’t look good for him, it’s not ironclad proof that he killed her.

Because yeah, he’s lying about something, but I feel like everyone in this town is either concealing something or outright lying. Take Mare’s mom, Helen (the great Jean Smart), for example. She’s known that Carrie (Sosie Bacon), Drew’s mom, was planning on filing for custody, but she doesn’t talk about it with Mare until Drew says something. Predictably, it leads to a fight between them, which feels like it was only delaying the inevitable. 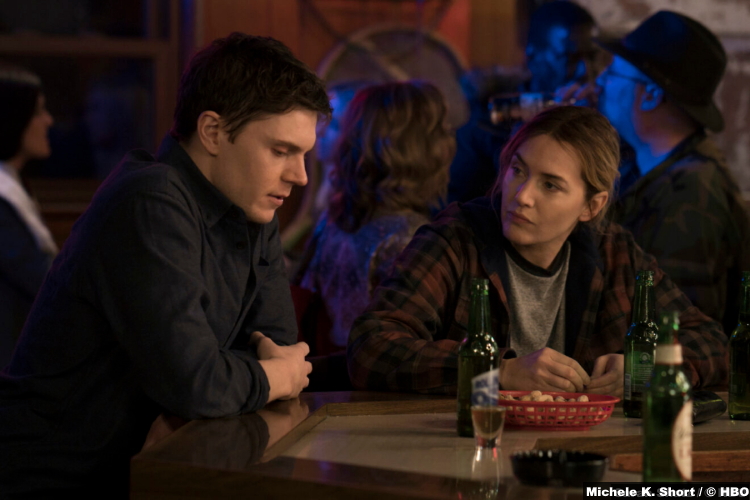 And when Colin, very drunk, tells the story of how he solved that unsolvable case, it sure feels like he’s leaving something out. He’s just like, “We did the work, found a bad alibi.” Uh-huh.

But it’s Mare herself who tries to tell the worst lie in this episode. At first, when I saw that she had stolen drugs from police evidence, I wasn’t sure where the show was going with this. As they’ve already established that the town is deep in the throes of the opioid epidemic, it just didn’t strike me as unusual. It’s not until Chief Carter comes to Mare’s house that I understood.

When he asks her what she did the night before, I knew she was lying when she answered him. But I didn’t know why. As he reveals why he’s asking, it’s devastating. Carrie was pulled over the night before and found with heroin in her possession. At first, Carter thought the same thing Mare tries to suggest: Carrie’s a young woman with a long history of problems, including with both drugs and mental illness. But then Carter found out what the packets looked like–the distinctive emblem on them–and recognized the description from his own evidence room. 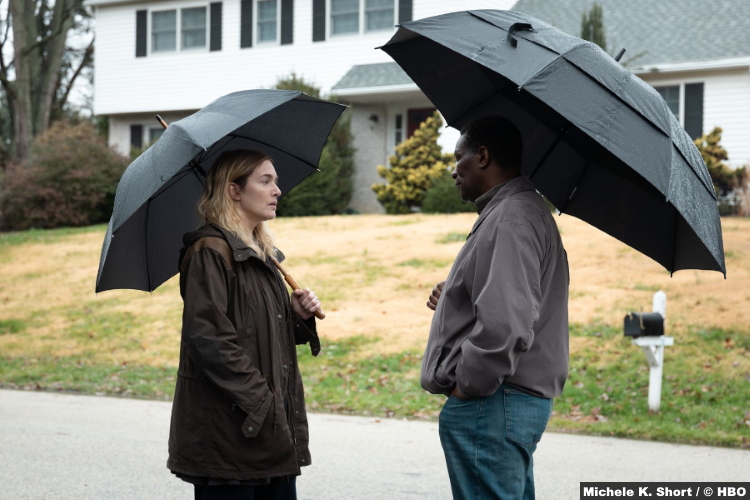 So he’s here at Mare’s house to take her badge and gun. She’s not fired, although she probably should be. As much as I like her and want to like her, this is a serious (and seriously effed up) offense. Instead, though, Carter is putting her on administrative leave, covering for her while she gets mandatory counseling. And I also get this side.

Mare has been through a lot, and I agree with Carter that she’s “worth saving.” I’m not sure, though, that she can stop herself from being her own worst enemy. For that, she’s going to have to tell herself the truth, and that’s a hard thing to do when everyone’s lying.

8.5/10 – With her leave, Mare’s also been benched from the Erin case, but I don’t think you have to have seen any detective show to predict that she will not be leaving it alone. And how could she, when it’s really starting to get interesting? On that note, please tell me who you think killed Erin. Right now, I’m going to go with Lori. Why would she do it? Exactly! Director Craig Zobel told Vanity Fair on their podcast that there is “bread crumb-laying” going on, so some audience members will be able to figure out who the killer is. So who do you think it is?