Clarice S01E05 Review: Get Right with God – Hannah in Montana?

Unfortunately for me as a reviewer, this week’s episode is a lot easier to watch than it is to write about. That’s because so much of it is visual, hallucinations that Clarice has while Marilyn’s shooting her up with about a thousand syringes.

Clarice first returns to consciousness to find that she’s a quasi-patient in the Haunted Doll Clinic where Marilyn works. (Again, why is this place so dark and old-fashioned?) By that, I mean she’s in a hospital bed amongst all the other patients. But she’s also a prisoner. I’m not sure what Marilyn is using to dope her up with, and I don’t think it matters. What matters is that it’s left Clarice unable to use her legs, at least for the time being. 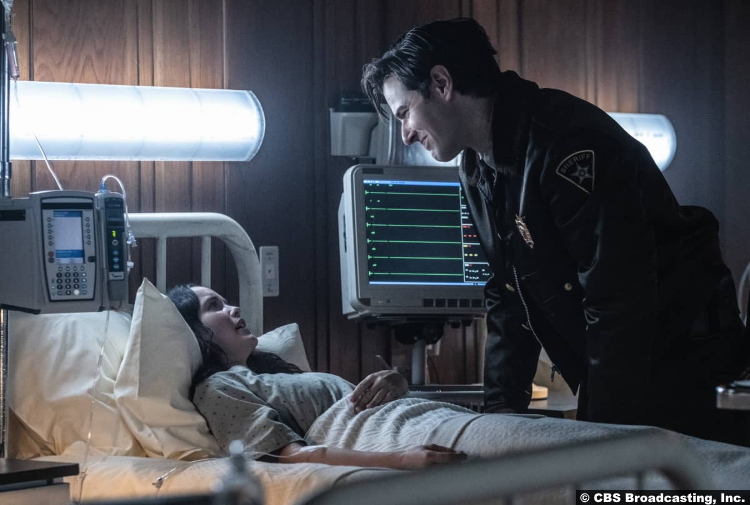 As she lays in the bed, she cycles through a nightmarish swirl of memories. These include the lambs, of course.

Side note: For those of you who haven’t read the book or seen the movie The Silence of the Lambs…well, you should really do at least one of those. But if you haven’t, then you should probably know that the title refers to an incident from Clarice’s childhood. After her dad died when she was a little girl, she was sent to live with relatives at their farm in Montana. She stumbled upon them slaughtering the lambs one night and was understandably shaken.

The show incorporates this story in part, by having Clarice recount how she stole one of the lambs and ran away. The show keeps poor doomed Hannah*, a mare little Clarice had loved, but doesn’t keep the part where Clarice uses Hannah to flee the farm. Clarice is recounting all this, by the way, in hallucinated conversations she’s having with her late father. I guess that’s better than the hallucinations she has where she’s swarmed by the death’s-head hawkmoths that Buffalo Bill kept, or worse, trapped in Bill’s pit. 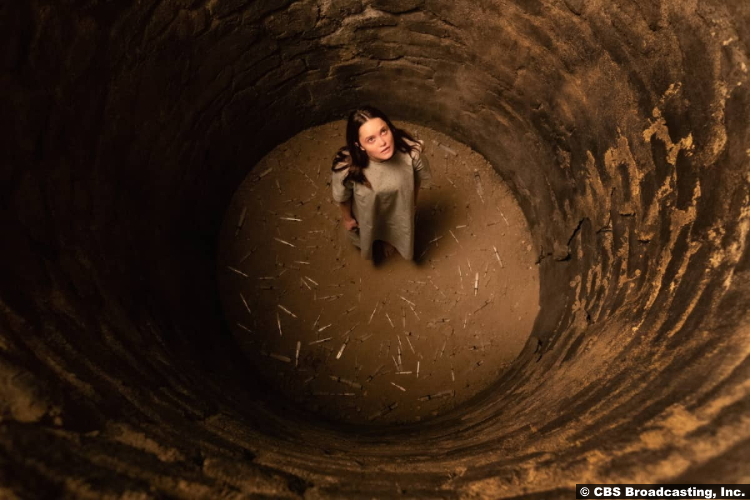 When she’s more lucid, she’s still in a nightmare. Marilyn is convinced that Clarice knows more about Rebecca Clarke-Sherman and what she knows than Clarice actually does. To that end, she repeatedly defibrillates Clarice–ow–and even goes so far as to kill one of the other patients, all in an effort to make Clarice talk. But of course, Clarice can’t offer the information Marilyn wants.

What she can offer, though, is that Marilyn’s apartment was, as I said last week, way too perfect, evidence-wise. It was as if someone had prepared it to be searched and cataloged by law enforcement–someone who didn’t give the faintest hoot about Marilyn. That’s what Clarice, even in the state she’s in–zooted to the moon, to be specific–tries to make Marilyn see. Whoever else is behind this, they’re going to ditch Marilyn as soon as possible: “They always dump the girls.”

Hell, maybe Clarice should be zooty 2 tooty more often because she gets off quite a few zingers. There’s her dumbfounded realization, for instance, that Marilyn alphabetized the patients. And then there’s another realization, the one she has when she figures out why Marilyn hasn’t killed her yet (and probably why she’s still taking care of the sister she resents). It’s because she’s just so damn lonely. I mean, even Clarice has the one friend.

Actually, she may have more than that. Because once Ardelia and Esquivel put their heads together and figure out that Clarice is missing, the rest of the VICAP team swings into action to find her. That includes, of course, the classic moment where they visit the Is This an Episode of The Knick? Memorial Hospital–no, I will never stop roasting this place–and find absolutely nothing. Somewhere in there, by the way, Clarice gets loose and encounters a shadowy man** who’s clearly working with Marilyn. 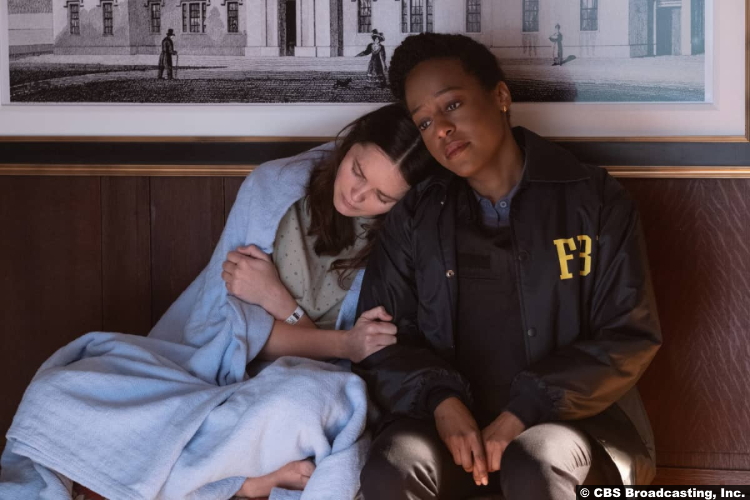 Once the team gets word, though, that Clarice’s car is near Dulles, and thus, near the Kreizler Institute, they return with literal guns blazing. By that time, Clarice has already almost saved herself. To get Marilyn out of her way, Clarice overdoses Luann. The team bursts in at about that moment, but helping Clarice is about the only victory they get. Luann dies and so does Marilyn, who takes her own life with more of those syringes. They have even less of a chance now of finding out more about the conspiracy, and all because Clarice put herself in a dangerous situation for the umpteenth time. I’m sure there won’t be any fallout from that, though.

8/10 – Even though the show is still packing in too much clunky expository dialogue, like that conversation Clarice has when she first wakes up, this was an effective episode, driven by Breeds’ performance and those haunting visuals.

**When Clarice first sees the shadowy dude, she says, “Daddy?” It could be that she’s, again, zooted to the STARS, and has been having hallucinations about her daddy the whole episode. But this version of Clarice, TV Clarice, also has a younger brother. Could he be involved in all this?