It can be a frustrating experience watching Clarice. It has a top-notch cast, who can handle anything the show throws at them, but unfortunately, the show isn’t throwing enough at them. Despite its improvements, the show is still a bog-standard CBS procedural.

Over the years, I’ve made no secret of my preference for “monster of the week” episodes over overarching storylines. On a show like this, though, it makes sense to have continuing stories. That still doesn’t necessarily make it exciting to watch. 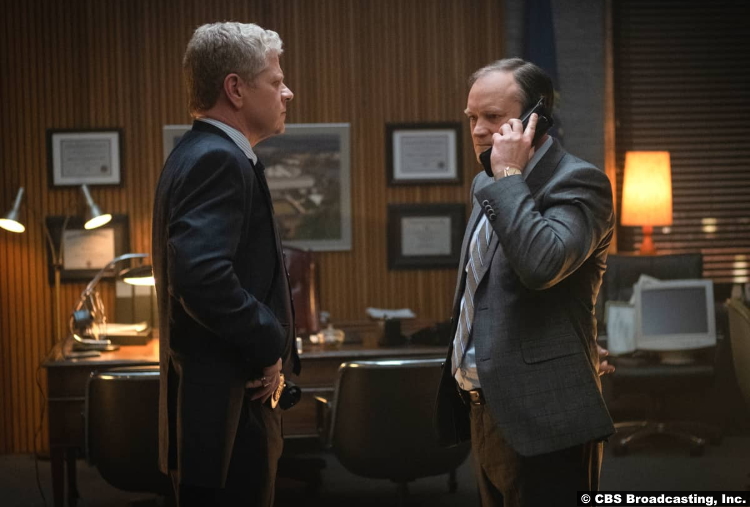 If you haven’t guessed, then yep. We’re still on the story from last week, which was also the story from the pilot. VICAP messed up royally last week in about a million different ways. But most importantly, of course, they let two phonies into the building. Well, that’s not the most important part. The most important part is that one of those phonies practically yelled, “It’s a distraction!” while the other one got close enough to Wellig, one of their *checks notes* two witnesses, to kill him. Kind of a big whoopsy-do.

So the VICAP team is put on desk duty this week, expected to sit there and man the phone lines while Krendler’s rival, Special Agent Tony Herman (David Hewlett), and his team of factory-fresh G-Men investigate. Herman basically has no use for Clark, Tripathi, or Esquivel, but he seems to think he can snap Clarice. Uh, bringing in her (one) friend, Ardelia, to work the case against her was not the move, though, bro. It just makes Clarice snappy, and drives a wedge between her and again, her single, solitary friend.

The other reason why they bring in Ardelia is seemingly so the show can comment on the systemic discrimination that keeps Black agents tucked away in lesser roles at government agencies. Or so they can quote Audre Lorde, a real wildcard moment for the show? It’s a noble thought, but it ends up not making much sense. Ardelia, in conversation with another Black agent, finishes his allusion to Lorde’s The Master’s Tools Will Never Dismantle the Master’s House, as if to say that she understands that. But she still plugs away, working on the case. Then she’s surprised when Herman acknowledges her hard work by passing it on to another agent? Like, ma’am, how did you think this would play out? I mean, no shade to the actress or character, but this execution is clumsy. 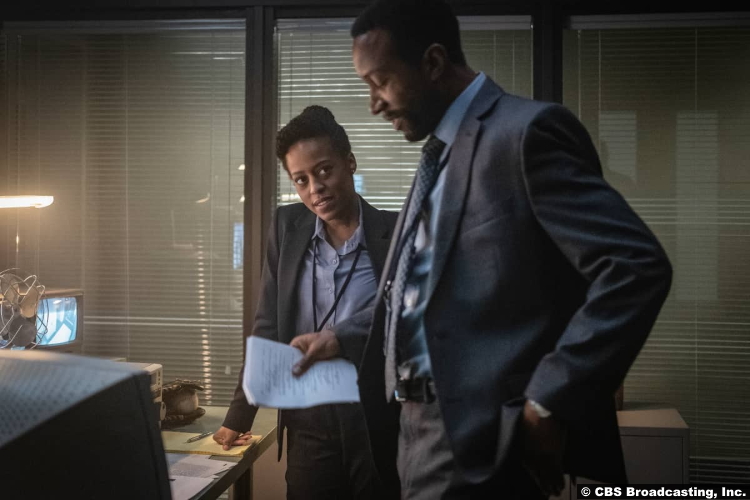 It’s good that she doesn’t let Clarice off the hook, though. It might be tempting to be more sympathetic to Clarice because she’s physically unimposing and she has an accent that often engenders condescension. But this is a show predicated on her being a brilliant agent. She can take it and she needs to know better.

His team, meanwhile, is just pulling out more grenades. Tripathi, Esquivel, and Clarice are all like, “Uh, we have to go to the bathroom.” Actually, they’re going to find Rebecca Clarke-Sherman’s (Caitlin Stryker) notes on the clinical trials. It seems like a bust at first, but they actually gave Tripathi something to do this week, yay. Well, he did it offscreen, but he got a document Clarke-Sherman apparently left in a copier tray.

That leads them to Marilyn Felker, the very suspicious doctor who was running the trial. When they visit her apartment, it’s practically laid out for evidence collection. While Felker is in the wind, her sister Luanne (Natalie Brown) is working at a local care facility. (A local haunted antebellum care facility, I say–why is this place so dark?) As the odd details pile up, only increasing Clarice’s suspicions, she returns to the Gaslight Convalescent Home to speak with Luanne again. This time, she’s a real nosy Nancy, though, and starts looking at the patients, one of whom she realizes looks exactly like Luanne. 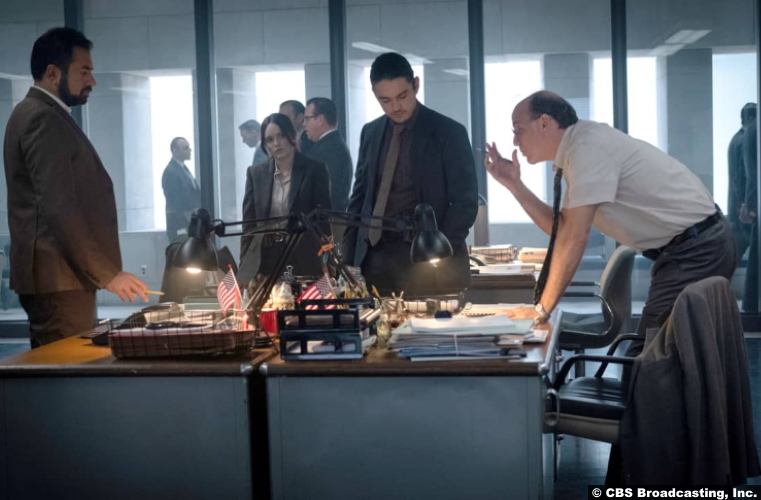 But again with the clumsy execution. This show has an unfortunate habit of having its characters say things that are completely obvious as if they don’t trust the audience to draw conclusions. Or they’ll do like this, and stick in a flashback to Clarice seeing a photo of the women as teens, one of whom uses a wheelchair.

Back at the house, the vendettagation against VICAP is suddenly dropped, after someone–probably not Krendler–alters the coroner’s report to say that Wellig died of a stroke. And that would probably be something Clarice would be heartened to hear, if Marilyn hadn’t just jabbed a syringe of something into the agent’s neck.

7/10 – This show has a good premise and a good cast. But it needs better material and it also needs to expect more of its audience.