The Walking Dead S10E22 Review: Here’s Negan – Backstory brings the story back to the beginning

Here’s Negan wraps up the extended season and offers one of the series’s most identifiable characters a chance to see his backstory fleshed out. In terms of actual plot events, this episode might have the fewest elements of them all. The character-focused anthology-lite extension moves Negan into a cabin and back into Alexandria by the end. As Carol promises at the episode’s end, Maggie is almost certain to kill Negan. With his powerful ally having allied against him, Negan marches back into the settlement doubling down on the setup we were left with at the end of the extended season: Negan and Maggie have business. 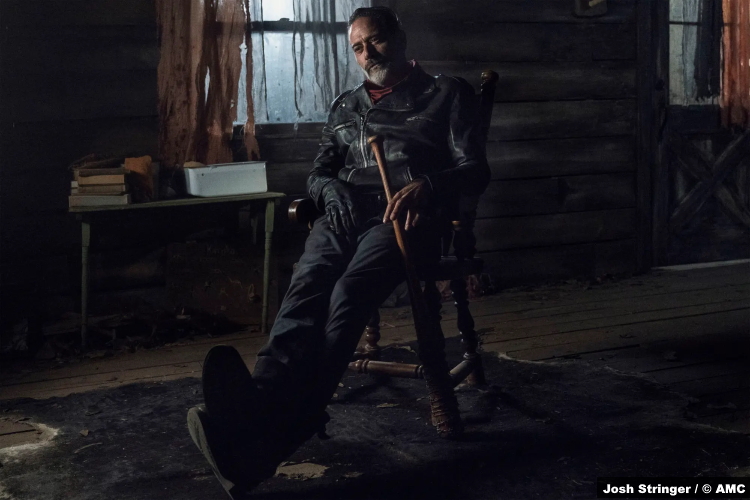 What we see isn’t a surprise to fans of the comics. Jeffrey Dean Morgan’s performance deserves all the praise he’s no doubt gotten for the episode, but some of the scenarios feel constructed to support the Negan we see struggling before the fireplace. What should have explained the brutality of Savior Negan seemed instead to suggest it was a fluke, a remnant of boyhood needing to be purged by failing as a man once more. The unfaithful, unemployed, and unrepentant Pre-Turning Negan finds himself as a loyal husband only because shame compels him to seek redemption. The narrative wants us to believe Negan’s love for his wife is sincere and motivates the character. There certainly is evidence that Negan loved Lucille, but his motivations have never extended much beyond his self-interest. 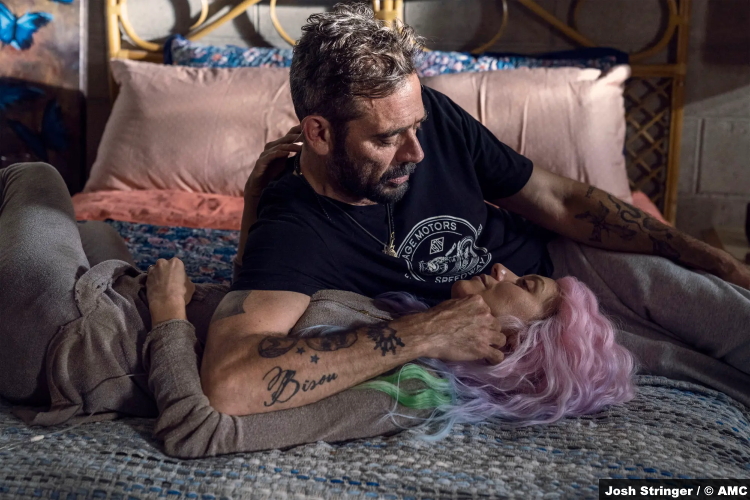 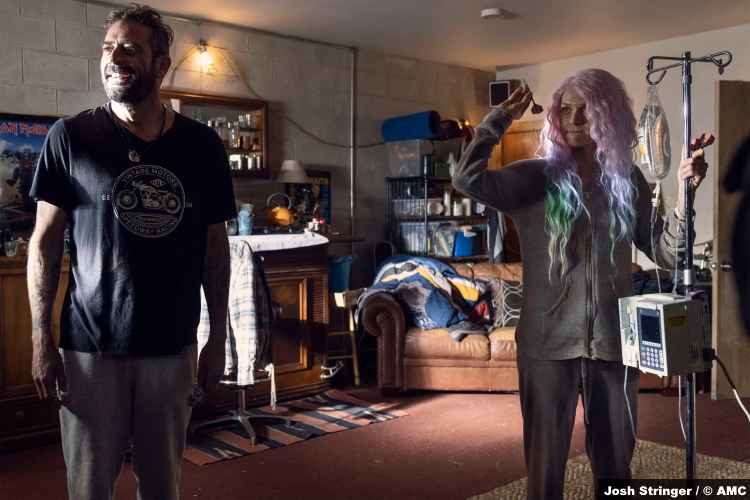 Negan’s monologue to the captive bandit leader draws on the Coen classic, Blood Simple. Negan finds the new world allows him the freedom to lean into the simplicity of seeing red and swinging, a brutal revelation already proven by the slew of corpses slain off-screen. Negan discovers he’s capable of “nearly anything.” That Lucille’s body burned with their home instead of falling under her namesake’s swing proves the “nearly” but not what limitations still remain for Negan. The teary farewell to his wife and the delicate adjustment of the shawl over the mask betray the performance of Negan’s insight. He still treats Lucille like an object even after apologizing to her for naming a bat after her. 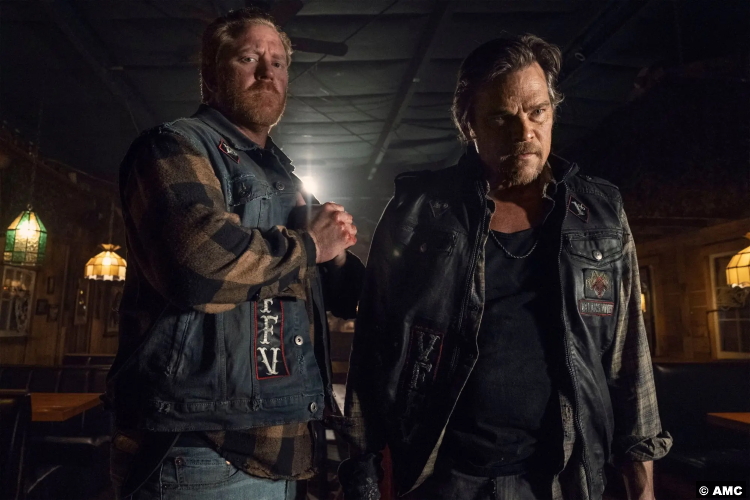 Savior Negan tells the pensive Negan that he is the real Negan or at least the inescapable core of him. Negan replies that Savior Negan is a “cult of personality without any followers” but I suspect the man in the chair is telling the truth here. Negan as a ‘person’ lacks any real substance. He is a series of empty performances, each one-half empty. He is the husband who beats a man for interrupting his wife’s favorite song but can’t be bothered to reschedule his affair to pick her up from an MRI; he is the self-sacrificing martyr still pursuing an unlikely success against an enemy he knows they won’t actually beat; he is a bloodthirsty enforcer of egotism desperately looking for affirmation; a prisoner willing to be a double agent in hopes of being seen as a Savior once again. Negan is whatever allows him to avoid the shame he still feels. 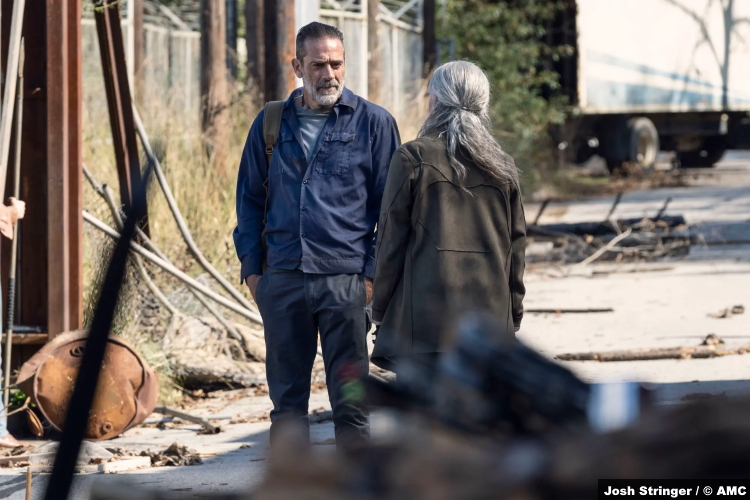 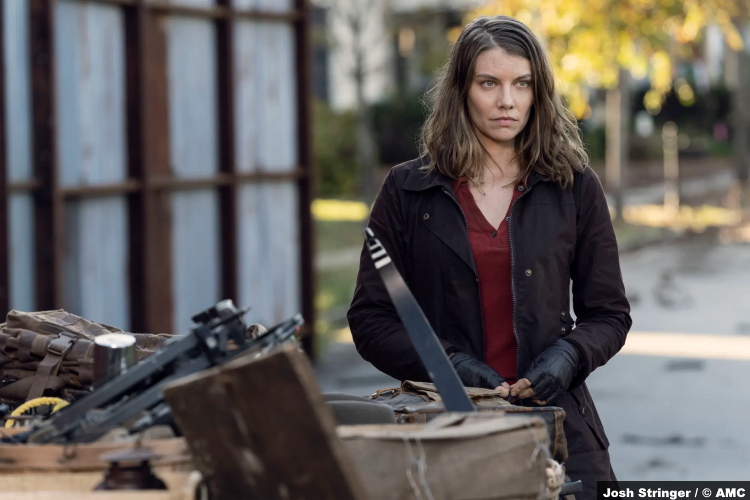 The smirk as he taunts Maggie on his return to Alexandria suggests the fighting he plans to do for Lucille may return him to proper antagonist status. I suspect his popularity with the audience will only allow that wickedness to dip so far, but I would much prefer to see Negan play a different role. If he can only ever run from shame by playing the thing he wishes he had been before, Negan would now be set to play the ethical leader. Gabriel’s brutality, Carol’s self-centeredness, and Maggie’s thirst for vengeance each disqualify the lead authorities in their own right, offering Redeemed Negan a chance to come into being. Whether as ethical foil or ironic arrival of their ideals, a Negan who offers an alternative to the “Good” our classical protagonists put forward would be a refreshing shift of tone as the series heads into season 11.

With only 24 episodes of The Walking Dead left for us to watch, I can’t help but wonder what Kang has planned for a capstone. The first batch of episodes, set to begin release on August 22nd, won’t likely tell us much of their plans. The characters are primed for resolution after 10 seasons of cliffhangers, teases, twists, and crises: the question is whether or not the writers, cast, and audience can handle what that requires. The Walking Dead has fans like little else, but pleasing them and maintaining an authentic-feeling ending for the series seems like an impossible task. Happy endings will satisfy more casual viewers but would feel inauthentic for a world that has proven nothing golden ever stays that way. Conversely, a dismal end would be both tone-deaf for this moment in history and betray the kernel of hope that kept audiences turning pages, tuning in, and writing across the web for over a decade.

7/10 – For its part in that, Here’s Negan lets Jeffrey Dean Morgan flex in front of the audience for an hour before ending right where the extended season began. Having dominated much of the later seasons with good reason, Negan finally getting his backstory fully shown on screen was a pleasant nod to the character’s importance and foreshadows what I expect will be a center-stage role in season 11. We’ve got four and a half months before the next batch of episodes begins and the series to finally come to its end.