Find Me officially sets the tone of these encore episodes, promising a deep dive into the characters while setting up their eventual story. The Maggie-centric episode last week teased a Daryl/Carol reunion and this week delivered. Find Me took the concept of ‘character piece anthology’ and managed to tell a great love story, permanently advance one of the series’ oldest relationships, and deliver a full runtime’s worth of content centered entirely on the limited cast. Many a creative cites restriction as their greatest source of inspiration and while I would have preferred a different reason for Kang’s hands to be tied, only three human characters on stage freed the stars to do what they do best: make us care about their story. 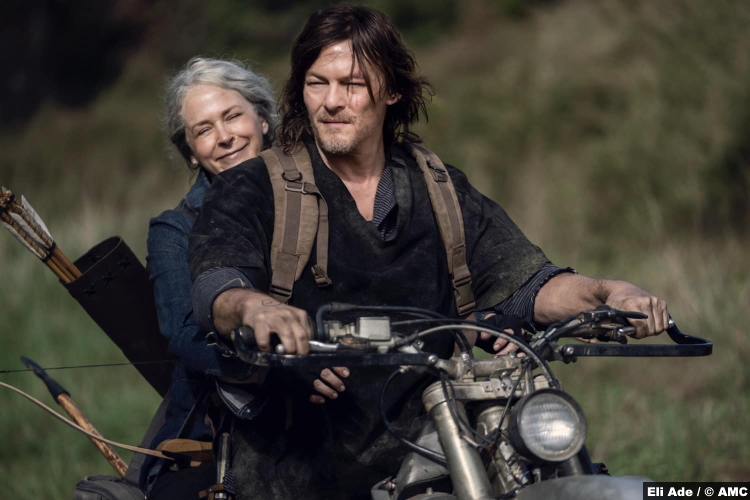 So much of what failed to impress me last week on The Walking Dead was addressed here: the story moves more naturally, existing characters are embellished by the introduction of new characters, and the editing subtly supports storytelling rather than making up for its absence. Find Me feels like an episode I would look forward to in a rewatch, the rare ‘talker’ where the audience is enraptured by the breath-taking voyeurism of great acting. We watch the intimate moments of a man we’ve known for years fall in love with a woman we discover alongside him, an unseen pair of eyes in the shadows consuming moments not meant for us to see. Find Me gives Norman Reedus 35 minutes or more of screen time and still offers the audience reason to side with Carol in the main characters’ pending ‘divorce’.

For a quick recap, Carol forces her way onto a hunting expedition with Daryl. The pair entertain a tense but familiar peace, with Carol clearly trying to reassure herself of their friendship and Daryl more hesitant in his willingness to even acknowledge it. The tension builds until they find a small cabin and Dog leads Carol to a box beneath the floorboards. From here, a series of flashbacks are cut between Daryl’s further explanation of his relationship to the episode’s last main character: Leah. 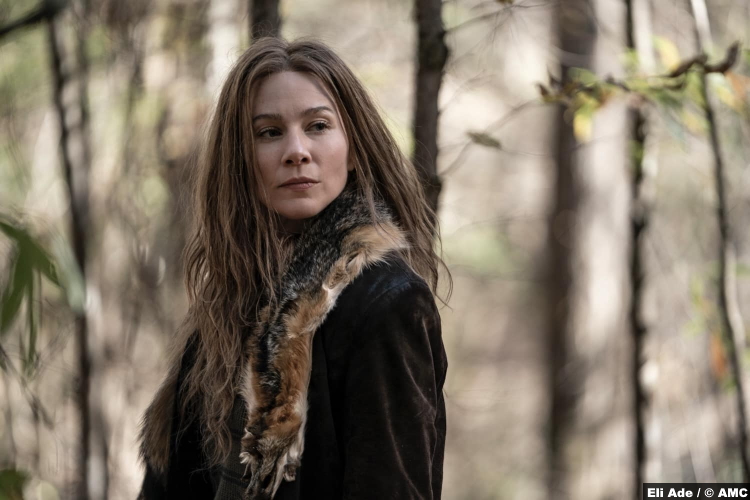 It’s worth talking about the editing for a moment: the use of color palette and saturation does more than just set the tone for the past and present. It also frames the arguments in favor and against Daryl and Carol’s perspectives. The past is filled with bright yellows and vivid greens, a more saturated and colorful world. It also lacks some depth to the shadows, making the Walker-filled forests look more like The Shire than the American South. Those same locations in the present are overly blue and deprived of richness, a more clinical and sterile look at the broken home Daryl aims to rebuild. Carol’s clothing matches the world she’s in, the more destitute and weary hue makes the world feel cold and bare. Find Me uses color to situate the dreamy, hopeful memories that motivate Daryl’s willingness to rebuild outside the bleached out, hyper-realistic pressure of Carol’s present. 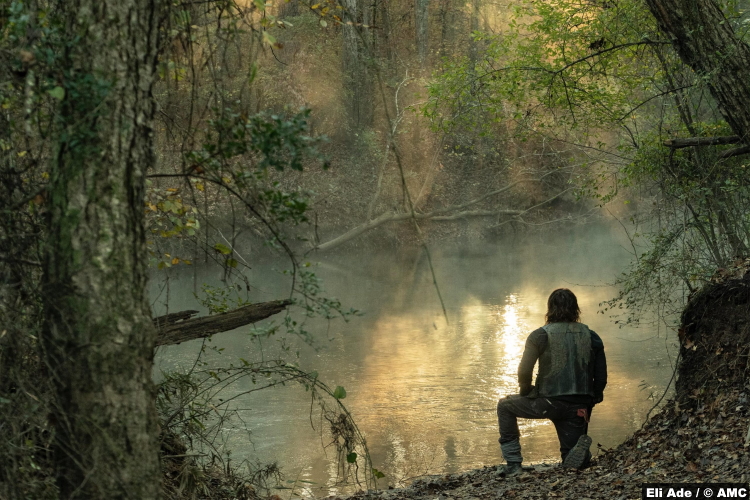 Leah and Daryl’s romance plays out perfectly in its fairytale color scape. The slow burn starts as all good love pairings do in post-apocalyptia: bondage and intense threat-play. Daryl clumsily throwing a fish at her door warmed my heart, even if some moments felt a bit overplayed. Teary exposition with the unnecessarily cracked picture of her dead son mirrors the same tired tropes from the last episode, but the relationship’s tension doesn’t rely on them entirely here. They mostly serve as jumping-off points for Daryl to show off his own character in an unfamiliar light and offer newcomer Lynn Collins a chance to show off her own acting chops. The back door out which Leah leaves after her ultimatum is the same one Carol goes off-screen to fix as “luck runs out” for the series’ longest-running pair. 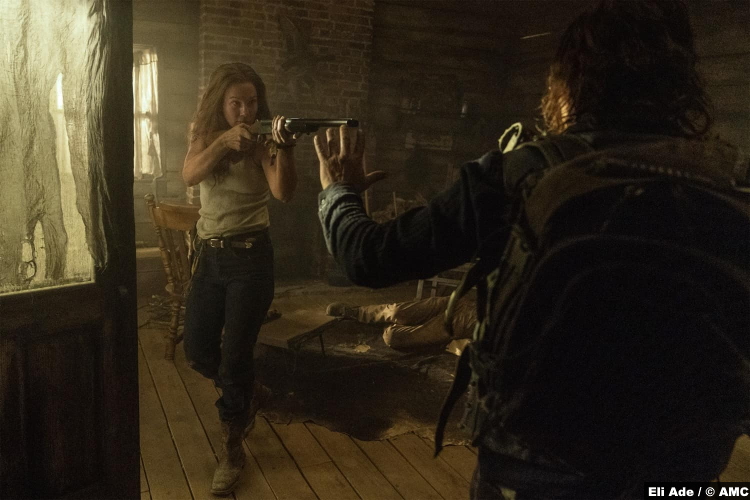 Obviously, we’d be taking the bait if anyone seriously expected Carol and Daryl to truly be done. Daryl’s condemnations of Carol reflect his own failures with Leah and his failure to commit when it matters. It’s only afterward that Daryl digs in, a wounded dog looking for his master barking at an attack dog desperate for someone to point her at a target. Carol recognizes Daryl will no longer follow when she runs into her next peril, that he truly would let her leave on the boat if the moment were to come again. The one who hopes to rebuild closes the door on the hopeless one who’s working to repair what remains, or at least keep it running. Daryl is trapped by his need to remake moments of peace from the past while Carol is desperate to crush what parts of her still hope there’s peace yet out there in a world that has shown her mostly brutality. 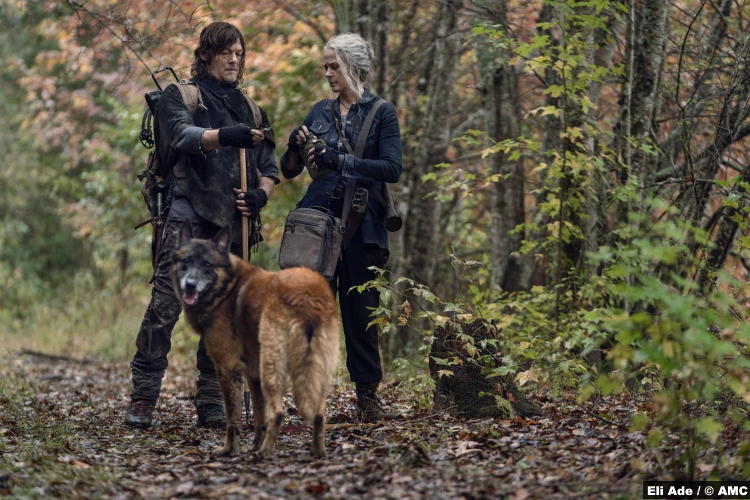 Find Me doesn’t side with either of them. Daryl is just as much a hypocrite as Carol, even if his own self-destructive tendencies tend toward implosion. The ending and next week’s surprise return suggest that Daryl will have to confront more of his own past than he expected. When the final tally of wrongdoings comes up, I suspect Carol may be the one who comes to his side when no one else does. I suspect Kang and her crew are taking a bold direction with the story for season 11: there is no going back. There is no rebuilding the world. There’s just an opportunity to do something different and find a place to belong. Whether they can do something different with their relationship or they’re truly going to separate will probably wait until season 11.

9/10 – My personal affection for the two main characters definitely colors my take on this well-edited episode. Find Me effectively introduces a new character in a way that builds on established characters’ stories while also giving the series’ best foil (Carol and Daryl) a foil to reflect on themselves. Coloring the past and present, separations borne of resentment, and choices likely to become regrets, Find Me makes exceptional use of its material restrictions to deliver a tight, compelling romance, heartbreak and all.