Returning to the Away Party, Yumiko, Eugene, Ezekiel, and Princess discover how worthwhile their investment in the bumbling poet’s faith in his radio romance is likely to be. Dressed like stormtroopers, throwing people in dark, wooden train cars, and no hesitation to dish out violence as a means of testing validity, the episode reads more outdated and hesitant than it’s supposed to. It feels like Splinter should feel evocative and tense, delivering on the possibility of escape and the terrifying realities of life in a cage. In many ways, the episode takes the series template for these scenes and builds a nice story around it. The writers successfully hit every beat and none of the cast seemed to miss their cues. Splinter suffers from the length of the series and the moment in which it airs, relying on old tropes while trying to play with more contemporary concepts around mental health, fascism, and the way survivors survive. 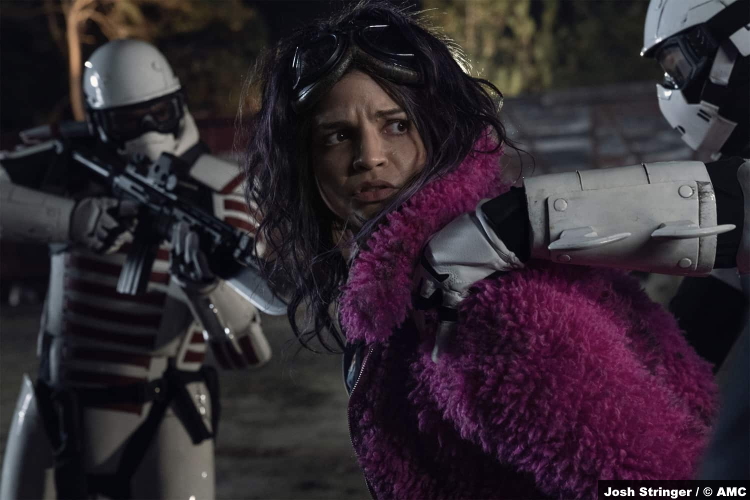 Plotwise, there’s nothing here. The foreshadowing could be a red herring, but I don’t give the writers that much credit at this point. The whole episode betrays its “surprise ending” right after one of the best-executed plot twists in recent memory. Aside from a scene with a suspiciously WWII-like general, the episode takes place in a trainyard from Princess’s perspective. Having been swarmed by literal stormtroopers (mixed fascism metaphor #1) and being violently beaten for the slightest infraction (mixed fascism metaphor #2) the characters are separated and thrown into train cars to await their fate (mixed fascism metaphor #3). Princess struggles with her guilt over having indirectly harmed Yumiko and Eugene’s blind faith in their captors only to have Ezekiel come and validate her suspicions. He uncharacteristically escalates things by attacking the white, skinhead guard with piercing blue eyes (mixed fascism metaphor #4) until it’s revealed to have been Princess the whole time. She takes the guard’s weapon and ignores Survival-Instinct-Ezekiel, going back to the guard in hopes of making things right. Naturally, he bags her (mixed fascism metaphor #5) and reveals the party, outside, black bags covering their faces. 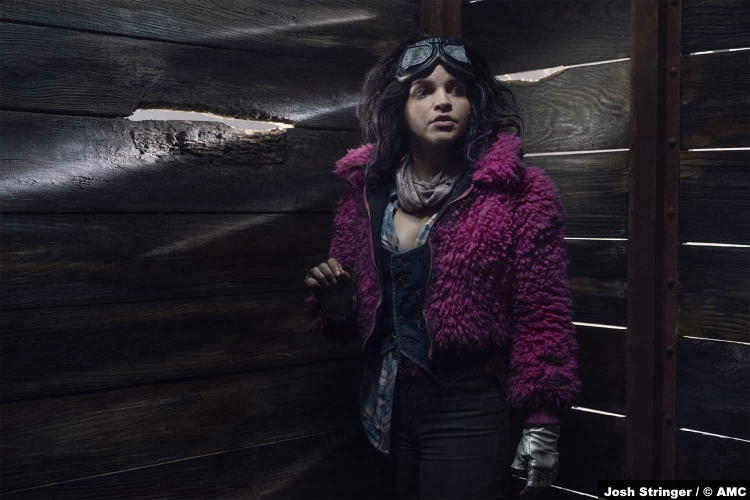 Nearly a century out from the Holocaust, relying on historic atrocities with growing denial as our narrative template is no longer excusable. Writers, as Kang does here, have instead drawn on our caricature of fascism and the most successful (and misused) story drawing on that: Star Wars. While there’s a worthwhile political critique in all this, I’ll leave that to another writer. For our purposes, it’s really more important to note how little our caricature of fascism actually reflects its reality. For Kang to put a Hispanic woman in a cage under the promise of possible admission to a better place that has the stuff you need, strip her naked, have her beaten, threatened, and degraded while drawing on villains from 80 years ago goes beyond tone-deaf. Princess alludes to her immigrant background and clearly shows signs of trauma-related to situations like this, but instead of US Border Patrol, they choose Stormtroopers? There’s no need to jump back decades when you only need to open today’s newspaper to find perfectly apt metaphors for fascists. Subtlety has worn out its welcome. If you want to talk about fascism in your story, whatever the medium, you can’t pretend like it’s a thing of the past with remnants or possible alternative futures. It is a lived reality in our own time. 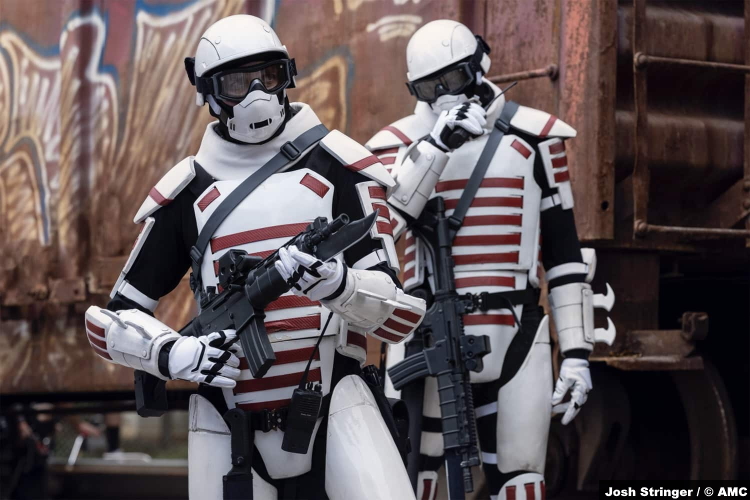 Stripped of the post-apocalyptic zombie set dressing, Splinter shows too much and does too little. The metaphor doesn’t have a mask to hide behind and the symbols are so obviously tied to a specific concept that there’s no need to leave room for interpretation. For a series willing to literally let characters monologue ethical hot takes for whole scenes, if Angela Kang was trying to make a statement about fascism, she somehow managed to be muted in doing so. Part of why I think the fascism metaphors and references feel so generic and thoughtless is simply that: they almost certainly weren’t the intended focus of the episode. Instead, Princess’s mental health and traumatic past were likely what the writers meant to highlight. The dialogue and Paola Lázaro’s performance speak to an experience-informed piece. The trigger, being put in a cage, is overshadowed by the political moment in which the episode airs and the identities of the characters involved. 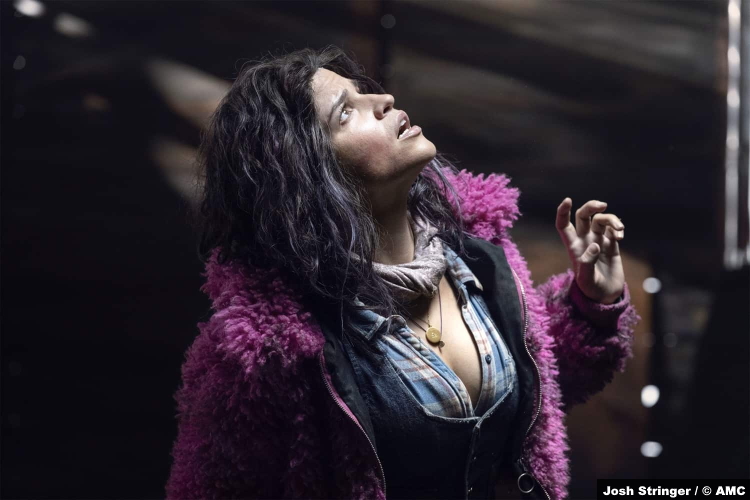 The way Princess’s conditions are listed off near the end but are unrelated to the full psychotic break she’s taken us along for 40 minutes says a lot about the face-palm approach Splinter takes to its intended main focus. Lázaro clearly draws on experience and despite the over-the-top and dramatic personality of the character, her portrayal of how mentally ill people tend to react to their own illness hit close to home: self-dismissal, a presumption of judgment, and reactive defensiveness. The performer is hard to fault here. The content she’s given though? That’s hard to forgive.

6/10 – While effectively delivering the discomforting and oppressive atmosphere expected of any authoritarian society in fictional narratives, the entertainment value of the episode runs out very quickly. Instead of effectively building character through interactions, the Sybil allusions rob Princess of any opportunity to advance her standing with the audience. An absence of any clear political or social commentary caused by the mixing of the last century’s fascists into a dull, white paste doesn’t make the episode stick together any better. Splinter doesn’t fail at anything but still feels cheap. Perhaps I’m still expecting a full course meal like I got last week (One More) and now find the familiar frozen pizza to be less acceptable than usual.