Your SO OF COURSE preview of WWE FASTLANE 2021

A PPV so forgetful you forgot it wasn’t the Royal Rumble. Last month was actually Elimination Chamber, best known as the PPV that brought us “WWE Champion The Miz” for a hot minute. Things have been turbulent in WWE land, what with the company trying desperately to transition back to having a paying audience in the stands while at the same time contending with a show-shuffling COVID-19 outbreak on NXT. WrestleMania is around the corner and by all accounts the company doesn’t have a clue what the card’s going to look like. So what better way to bring everything into focus than with a PPV, brought to you by…peacocks, I guess.

Because what better way to fix the struggling subscription rates of the WWE Network than to fold the whole baby into a different, struggling, internet network. I’ll say this for Vince McMahan, the man still knows how to sell ketchup popsicles to old ladies in white gloves.

Let’s talk about this month’s PPV, the show before the show of shows. THIS is your SO OF COURSE preview of WWE FAST forward through this one becuase you know nothing ever happens on the show before WrestleMania 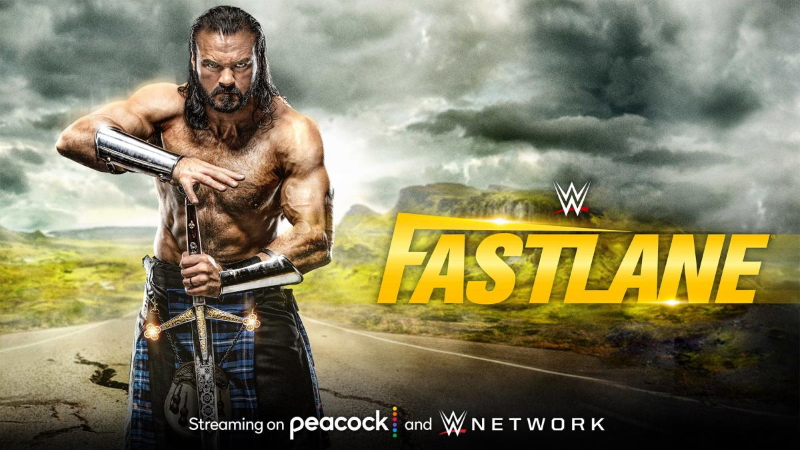 What it is: What are we even doing here guys, I mean really. Sheamus? The WWE Champion isn’t even booked and the challenger is taking on Sheamus?

Who should win? The number one contender for the WWE Championship. Let’s not overthink this.

What it is: Pass.

Who should win? HARD PASS.

Come on. Fine. Three-fourths of this match features talent I like. One is a phenomenal monster, one is a superstar in every respect, and the other is the hottest new star in the division. The other one, the one not mentioned, is Nia Jax. If the match ends without someone not named Nia Jax getting hurt by Nia Jax, we’ll call it a win. Other than that, I will hope against hope for Banks and Belair to win, if only to get the belt of Nia Jax, even if it means a needless “champion vs champion” match at WrestleMania.

Care much? Big dudes are going to be ragdolling other big dudes. I can’t wait.

Who should win? Big Dude-A, unless there’s a bigger plan at work that involves a genuine push for Apollo Crews, in which case, give him a win and let Big E start dipping his toes more in the main-event scene.

What it is: A swerve, but is it really a swerve when you know its coming? The real swerve would be if the match starts with a collar and elbow tie up and the two actually wrestle, even for a moment. It’d be more surreal than that time Kane and Big Show went out and chain-wrestled for ten minutes on a random RAW.

Care much? It’s going to see the return of Bray Wyatt. Whether that means The Fiend, or Funhouse Bray, or some new iteration, I don’t know, but he’s due for a comeback and I guess that means Bray vs Randy Orton at Mania…again.

Who should win? There’s not going to be a winner. I refuse to pick. Okay, if I must, I’d love for the bell to ring, officially starting the match, so that somehow Alexa Bliss can go on record as having a pinfall victory over Randy Orton.

What it is: The main-event, and what will probably be a match of the year contender.

Care much? Absolutely. This match has only happened a handful of times and it is always a banger.

Who should win? You know what would be incredible and shocking? If Daniel Bryan won and the WrestleMania title match turned into a triple threat. You know what will absolutely not happen? That.