Home Sweet Home nods at the hiatus we’ve all been on at home while doing an excellent job distracting us from all the reasons behind it. It’s worth looking at some of the bonus content surrounding the series if you’re interested. This quick-return itself is framed as “bonus content” but if you ask me, it feels a little bit more like a tutorial. Showrunner Angela Kang seems to be fulfilling her promise, introducing video game-vibe, flush with cutscenes and quick-trigger reactions. Some new, TV-exclusive characters got to show off their particular flashy abilities alongside everyone’s favorite while Lauren Cohan took center stage and secured Maggie’s return as a substitute protagonist for Michonne. Judith even introduces her with a sweet little speech at the episode’s outset. 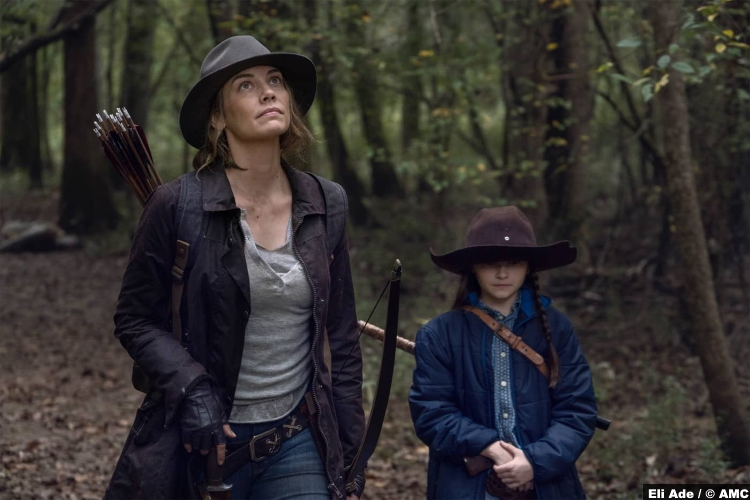 Unfortunately, tutorial levels aren’t usually the best part of a game and they translate even worse to television. The new, TV-exclusive (so far) villains definitely lack The Whisperers’ depth and much of the episode’s tension relied on quick editing and heavy camera movements. The recap at the episode’s outset perfectly demonstrates most of the things I’m going to complain about, so let’s get the actual critique out of the way: Maggie’s return is clunky. Much like the sloppy summary of sixteen episodes, the deeper conversations are sidelined for hits. The “tense walk-by” into the “she had to hear it from me” clichés drive what plot the episode advances. Narratively, there’s very little here. Listing out the actual plot points leaves you without much to chew on and makes me wonder exactly why everything here is here:

Cut that down to actual “the story moves” bits and you’ve got:

We get no real side plot development, no actual look inside Alexandria, and no believable reason for this episode to have been this template-reliant. I want to believe what’s coming develops some of the foreshadowings in such an unexpected way that the payoff will make me eat my words. I suspect instead that the sterile-but-excellent character spotlight feeling comes from having Kang and crew having too much time in the editing room. I wonder if the “Carol and Negan discussing Maggie’s arrival” or “Kelly finds a clue” scenes we deserved are still on the floor.

Despite actual minutes of runtime spent watching Maggie run at-camera or Daryl stare off-camera, what’s on screen for the rest of the episode did scratch an itch. The mantis blade-wielding Elijah will almost certainly die soon. Love that he saved Aaron, but not speaking and having a dead sister doesn’t make a case for ‘new main character’ anymore. Especially not when you’re TV-exclusive. I suspect he’s the innocent victim to our traitorous second-in-command. Obviously-evil Cole and Elijah’s addition to the story is unnecessary. Does the audience really need to see Maggie go through “The Trials of Rick”? We don’t need more characters with half-fleshed-out backstories or template victim/character-development NPCs. I was hoping for more of an end-game expansion rather than a season 11 teaser. 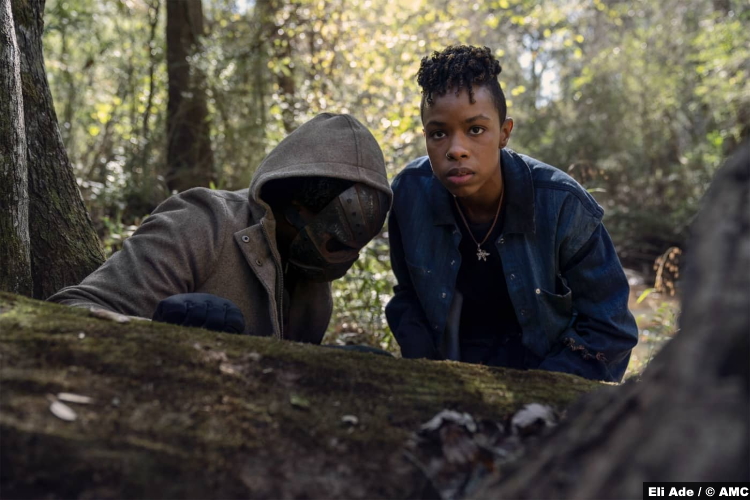 Success for Home Sweet Home came from the established cast. Readers of my past reviews know how shameless I am with my love of Carol-Daryl. Norman Reedus plays the second chair nicely, setting up Cohan’s fresh delivery of the character’s revival. Maggie’s unwillingness to describe the entirety of her pain but the need for confession immediately brought me back into her story arc. I enjoyed the hints of a deeper resentment in the character that I hope we see explored further. While Maggie and Negan’s inevitable conflict will obviously highlight coming episodes, I also hope the wider cast will be given time to react.

It’s stylistic, but much of this episode could have been shown instead of told. We see our established characters watching Maggie, but the actual runtime is largely murmuring conversations from Maggie’s perspective. Obviously, we are meant to feel for Maggie. Ignoring the narrative necessity of the character, Maggie remains one of my favorites from early in the show. Her unabashed potential for violence and need to care for something isn’t unique among the varied protagonists in the show’s history, but its development stands out. Maggie has also become more hardened and less willing to believe, but her conversation with Daryl in the shipping containers sold me on Kang’s vision for her return. Recounting the trip to her grandmother’s beachside home with Herschel showed the promise of Cohan’s character performance right from the beginning. Not only did she convincingly deliver Maggie’s desperate need to be comforted and consoled but equally demonstrated why her need to keep the wound open supersedes it. 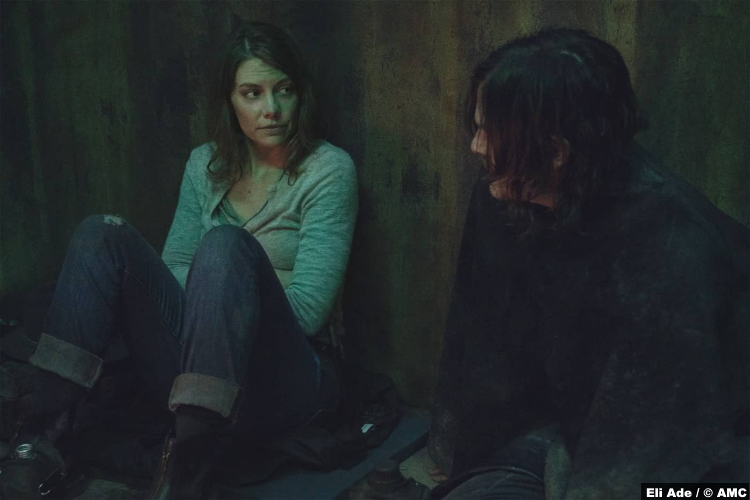 Maggie tells Daryl about her desire to help other groups, needing as much as she was needed. Ultimately seeking a replacement that couldn’t be found. She describes a cruel continuation of the spiral of loss following her. How each time she accepted and gave love, she replayed the heartbreak of her own romantic tale. Herschel holds a space for Maggie’s softness that makes her keep up a facade others have lost any real reason to uphold. Even Judith delivers solemn, grim speeches about losing the good times and fighting for the hope of others. The playful smile of Herschel up in the trees and the gentle way Maggie looks at him suggests her effort to keep up appearances is sincere. Maggie takes her son’s hand and walks into the rubble of Alexandria with a forced kick in her step, exposing her uniqueness as a character. Like they say, “Home is the place you go when you’ve got nowhere left to go.”

Maggie’s prior settlement was destroyed, apparently razed by well-armed bad guys called “Reapers”. The episode introduces one who looks like a MAGA insurrectionist cosplaying as General Zaroff and then he quickly blows himself up. His allies are likely to show up in other parts of the extended series (presumably the group who captured the Away Team?) but the faction’s explosive introduction didn’t impress. Anything after The Whisperers is going to lack a little gravitas. Still, I hope my suspicion that Kang went for the low-hanging fruit of “self-important militants” is wrong or they’re quickly dealt with. The last thing season 10 needs are more siege-style conflicts.

Heading into next week, I’m hopeful the bridge between season 10 and 11 becomes something worthwhile. Their optimistic tone in last week’s behind-the-scenes look at their COVID-conscious filming gives me hope. I expect Alexandria will become the B-plot location while Princess, Eugene, and the crew take center stage. Developing the new cast of characters alongside the more-developed, long-lasting crew will require more than the same procedural formulas we saw in Home Sweet Home. The tutorial needs to stop here. Diverting from comic content could be a risky play if the writers’ room doesn’t come up with challenges more uniquely fitted to the personalities on screen. Allowing Maggie to be Maggie instead of a Michonne-Rick substitute could be the breath of tested optimism (however choked out it might be) the series needs going into its last episodes.

7/10 – What Home Sweet Home lacks in substantive plot progression is easily forgiven when the nostalgia one-two of TWD and Maggie’s return. I hope we collectively cleared the tutorial and now the open world set up in The Tower and A Certain Doom stays unlocked for the following episodes. There’s more than enough tension set up to sustain the story going forward. A rich deep-dive into some of the new characters and how Carol and Negan’s plot will shape relationships going forward for everyone could follow from the somewhat over-baked but definitely delicious teaser set out for us in episode 17.