The Walking Dead S10E14 Review: Look at the Flowers – Worth fighting for

Whatever bitter taste lingered in my mouth after “What We Become”, “Look at the Flowers” rinsed away in its cold open. With showrunner Angela Kang confirming the season finale is indefinitely postponed, her promise that the penultimate episode will be enough to keep us happy until the COVID-19 pandemic settles is worth believing. We return to the aftermath of the Hilltop attack and sort through the wreckage. Amid the ruins? Bald ghosts, Fallout references, and one of the most believable villain-redemption arcs I’ve come across in ages. “Look at the Flowers” accomplishes what the proceeding episode failed to approach – the crushing weight of our heroes’ and villains’ decisions forces some badly-needed cave-ins.

The episode moves slowly, setting the episode’s pace from the beginning. The smoke clouds cleared and took with them the promise of another new thundering crisis to deafen the conversations that need to happen. The dialogue-heavy episode doesn’t rely on the casts’ sharp performances to keep moving. The visual metaphor could be faulted for lacking subtlety, but you won’t find that here. “Look at the Flowers” used its time well, framing new plot arcs, settling old ones, and giving Carol and Negan some of the most meaningful approaches to redemption I’ve seen on television. As the series grows and evolves, I hope this episode becomes a template going forward.

So much of what “Look at the Flowers” did right lies in abandoning so much of what Michonne was limited by. I’ve written extensively about the uncomfortable tension The Walking Dead has struggled with for seasons. The second half of season 10 answered a lot of my concerns about the actual narrative content, but the characters and their development still faltered. Michonne served as a Rick proxy and the show clung to its superhero framework. Daryl or someone else might occasionally put on the metaphorical sheriff’s hat, but The Walking Dead has always relied on having an absolute moral center. Even when they’re wrong, the characters wearing the hat were always right from the audience’s perspective. Now that hat’s on the sometime-40-year-old Judith and no one else is eager to put it back on.

If I’m right, the writers are signaling a bigger shift away from their playbook. Judith’s development over the next season or two should stay at the center of the narrative. The struggling civilizations of post-apocalyptia are all answering the question zombie films handle best: what do you do with what remains when everything falls apart? For 10 seasons, we’ve seen why Rick and his alters are right and good and just and we should want their way to work. When their hands are bloodied, they struggle with the importance of it but never with the decision itself. So much of the brooding has long been relegated to the secondary cast. As the audience evolves and the heroic narrative runs out, the writers appear more willing to accept that no one is right here. Indeed, if “Look at the Flowers” has any message at all, it’s that: there isn’t a right answer – it’s enough to hope that things can be better and try for that.

Daryl and Negan work incredibly well as foils. I imagine Reedus and Morgan could play any characters in a scene and I would call them incredible foils, but I think the episode backs me up here. Daryl’s faith in Carol is tested while the boys look for Alpha’s recently-removed head. Daryl projecting his doubt onto the bat-wielding villain played out perfectly. I could feel Daryl wrestle with his own shadows, the darkness he’s put to rest well enough to sit next to a monster. Toward the end of the episode where the metaphor falls and Negan openly doubts Carol’s return, the two facing different directions added so much. There wasn’t a need to talk through much of what needed to be discussed. 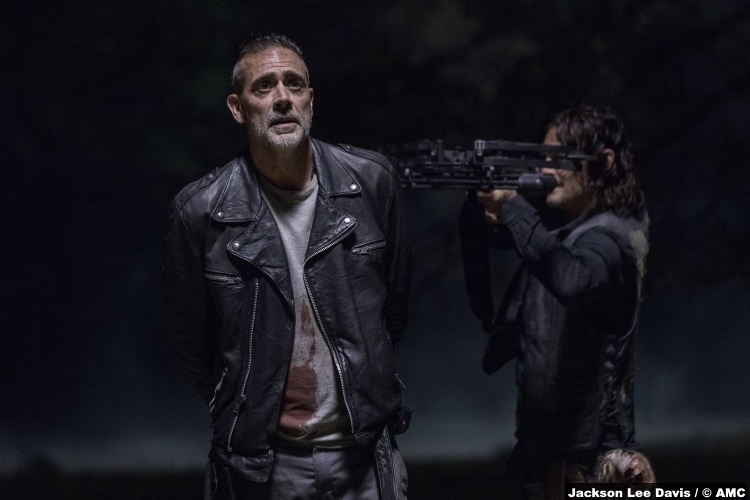 The writers gave us two perspectives on Carol from two men who know what she is – an Alpha – and believe in that. Negan isn’t wrong and Daryl can’t argue with him. What makes me fall in love with this scene is Negan’s turn back to the camera right at the end. The self-serving cynic who just admitted to liking his time back in the darkness turns hopefully to look at the hopeful Daryl’s off-screen fixation. Negan isn’t a good guy, but he cares. He wants Alexandria to be right and more importantly, I think he showed that he believes too. Really, Negan wants to believe in his ability to be right too.

I hate that Samantha Morton won’t be able to reprise Alpha again, but I’ve never seen a Jiminy Cricket I loved more. Alpha’s chain rattling had me transcribing the dialogue as quickly as my fingers could fly. Listening to two abuse survivors who lead their respective packs through differently but equally dark means lament their human attachment while simultaneously being saved by it spoke to a deeper narrative that goes well beyond what horror cynics would say our genre is capable of. You can hear Ed, Carol’s abusive ex-husband from before the apocalypse, in Alpha’s disgusting language. All of Carol’s guilt weighs her down under yet another failed attempt to connect and flee. 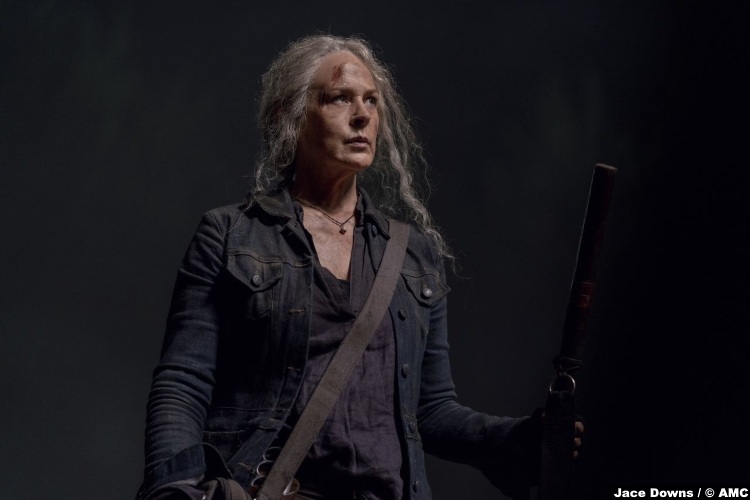 Buried under everything, Carol once again rises from the rubble because someone believes she will. Someone needs her to. I think Carol might be the darkest, most unapologetically destructive character in the series, but she is also the only one that can never fall. Carol is the survivor. More importantly, even after every failure, she still believes that going back is worth it. That surviving is worth the pain. Dislocate your shoulder, look at the flowers, and do what needs to be done. Daryl’s soft smile as the rogue leader returns home broke my heart.

Speaking of, Eugene keeps growing on me. Yumiko and Ezekiel joining him on his quest to find Stephanie finally has me interested in these characters. I’m starting to really enjoy Yumiko’s critical personality and Eugene’s colorful vocabulary. Ending the episode with the introduction of Princess, a gun-wielding extra from a new Marvel run, worked well. I expect we won’t see much of Stephanie and her civilization until season 11, but I’ve been wrong before. 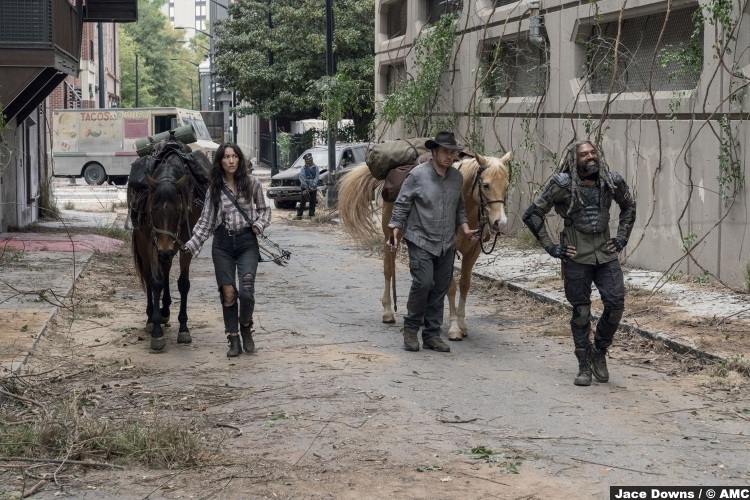 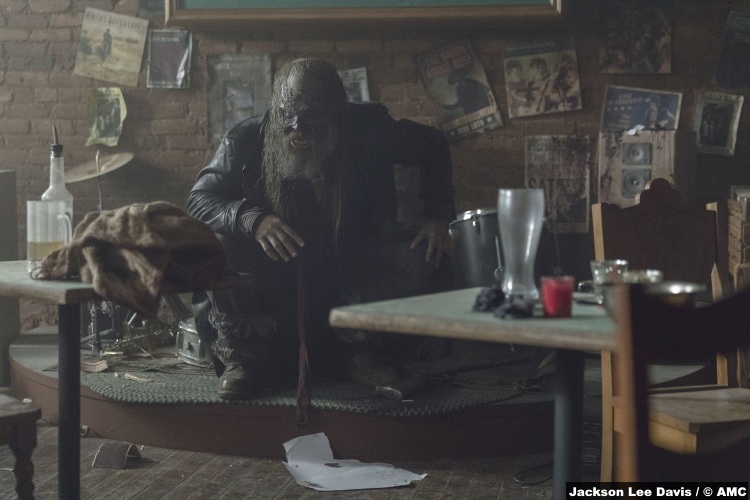 Beta adding Alpha’s skin to his mask deserves so much more thought than I can give it here. Ryan Hurst didn’t find Michael Meyers to be enough. He managed to fit Two-Face, Davison nightkin, and Ron Swanson as Duke Silver homages into his performance of Beta. The hulking monster amassed a new horde and seems to have finally begun to see himself as an Alpha. I expect him to be our major antagonist as the season wraps up and whatever chaos is waiting for us in the next few episodes comes to fruition. A part of me hopes he survives into season 11, but I’d much rather spend time exploring the new civilizations and giving Judith a chance to make her judgement: who is going to be right?

10/10 – I loved this episode more than it might deserve. Whatever worries fans had about the series after Michonne’s departure should be dead and buried. There’s nothing to fear – a new generation of The Walking Dead is upon us and we have every reason to rejoice!