A major character departing any series leaves rough edges. You can’t cut out the core of a show and not have some scar tissue. The problem plaguing The Walking Dead is the heavy build-up of that lumpy, rough skin. Whatever the writers intended when they handed Danai Gurira the script for “What We Become”, I doubt they wanted to expose just how cut up the series has become. Cutting out Michonne required slicing through layers and layers of old, tired tissue that the audience long lost feeling for seasons past. The promise of a quest to salvage lost limbs in the form of cowboy boots is even worse than this incredibly disappointing departure for the series’ most iconic character in recent years. 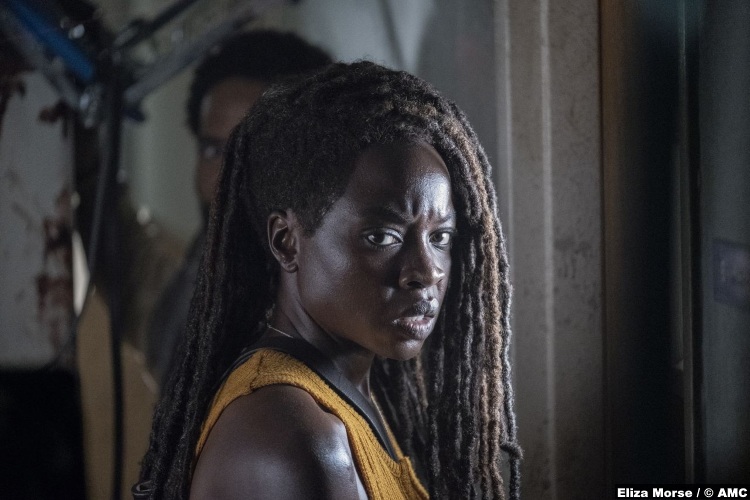 Michonne deserved better. A drug trip on Bloodsworth Island – yes, it’s actually called Bloodworth – where she lives an alternative, shittier, and considerably less interesting timeline only to abandon her children, friends, and allies to chase after a character that’s supposed to be dead is an unforgivable ending for her. If Gurira wasn’t an incredibly successful actress bound to go much farther than just Michonne can carry her, I would justify this little fluke of an episode with hopes she’ll return. Perhaps she will, even if for a cameo or two. Here’s the issue – the entire premise is ridiculous.

Whatever happened to Rick, he’s obviously not that interested in making his way back to Alexandria. I assume he found yet another group to moralize at while leading them into ever-more dangerous scenarios. I honestly don’t care. What possible explanation is there for abandoning your family and community without ever making any effort to reach out? More importantly, why do the writers think we will find the same decision repeated any more endearing? Rick’s ‘death’ on the bridge was a perfect, heroic ending squandered to keep Andrew Lincoln’s rent paid. Michonne chasing after him because a child – an actual human child – told her she ‘owed it to herself’? 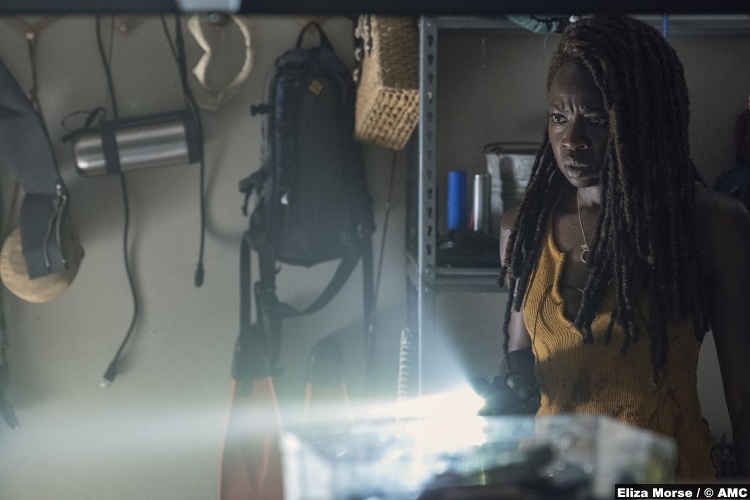 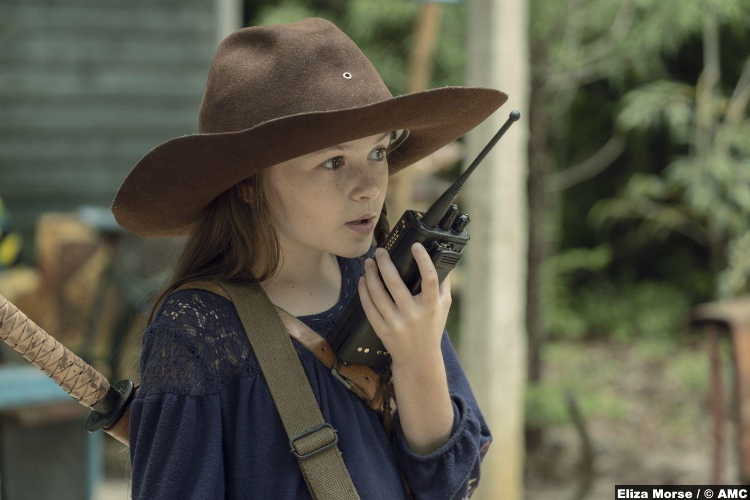 I can accept the nuclear family doesn’t hold quite the importance it has now in post-apocalyptia, but I can’t imagine the leadership of an emergent civilization are setting a great example. I can accept The Walking Dead is a television show before anything else. I don’t expect great guidelines of child rearing, but a little more concern for your kids than a quick walkie talkie chat in the middle of a war is pretty hard to swallow. Michonne came to Bloodsworth Island to get weapons to win the war and after an acid trip, she’s fully diverted course to a One Piece spin-off?! That much is just a little hard to swallow.

The entire Virgil storyline is tired and I’m fairly certain has been done in every single zombie series ever. In fact, I think TWD has already used the idea a few times in one way or another. The entire concept of “here’s a guy who failed his family and has lost himself in that suffering” is a grossly transparent attempt to add weight to this cheap narrative. We’re supposed to see that the worth of life is immeasurable. We’re supposed to feel like Judith (who, again, is 9 and not in her late 40s) is somehow equipped to release her mother from her obligations back at Oceanside and Alexandria. We’re supposed to be glad that Michonne is going off on this adventure, but all I felt was frustrated and cheated. 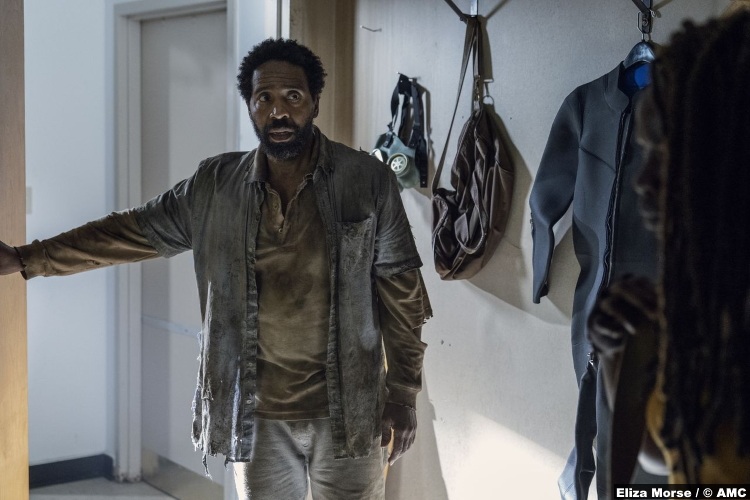 The second half of the season has been incredible on a lot of fronts. “What We Become” may be one of the biggest fumbles I’ve seen from the series in a while. Everything awful about the first half is forgiven if “What We Become” is the standard-bearer for when the writers are trying hard. Next week we’re back on the war-front and the actual plot will pick back up. Whatever comes of our heroes back at Alexandria, I’m glad to be done with this necessary surgery.

Gurira has every reason to want to leave. I’m glad she’s exploring new characters, new stories, and new teams. As a fan of her work on The Walking Dead and elsewhere, I can only express my most genuine gratitude for what she made of Michonne and all she contributed to the community. Her departure demanded more than this extended episode. Her final scene should have been something more memorable than this. Don’t get me wrong – the writers had an impossible task ahead of them. There is no surgeon in this world deft enough to slice around the scarring from departing-actors-past without a bit of mess, but taking a butcher’s knife to Gurira’s last storyline is inexcusable.

3/10 – While the technical elements of the episode came together neatly and Gurira’s final performance left little to be desired, the terrible plot makes it nearly impossible to look upon “What We Become” with anything but bitter disdain. If you somehow felt any kind of satisfaction at the end of this episode, please tell me how. I really wish I could understand.