This episode is different. It’s a different ending, written just for this miniseries, for example. It’s also a different title.

The original title for this episode was “Coda: Frannie in the Well.” I’m not sure why they changed it. Maybe they thought it took away the suspense. If that were the case, then it was a futile gesture for me. I never had any doubt. 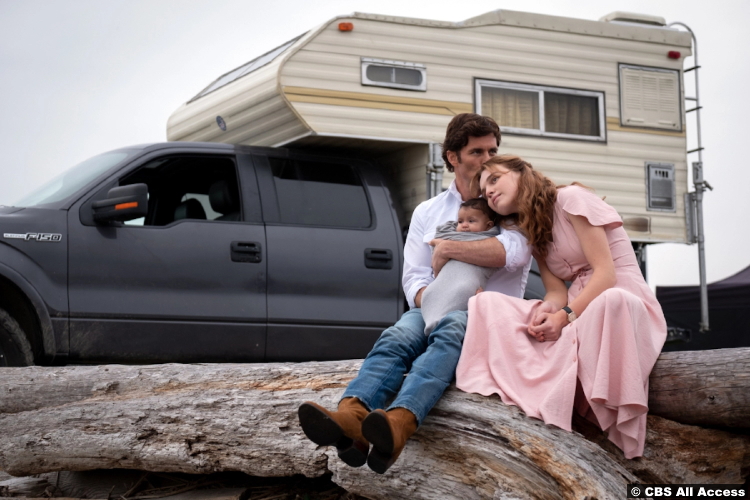 Anyway, the ending isn’t entirely different. Like the book, it still has Frannie wanting to go back to Maine. I’m not sure if I thought about it that much when I was reading the book, but I’m thinking about it now, and it makes absolutely no sense. I get that Frannie (and Stu) might want a quieter life, but, uh, just move to Golden?

I say this because I’m thinking of the practicalities of it. Like, yeah, the Atlantic is beautiful, but why would you move yourselves and your baby to a place with no kind of support? What if one of you gets really ill? What if both of you do?

I guess it can be seen as a test of their faith, but I’m kind of thinking about that parable about the drowning man who refuses all help because God’s going to save him. Then he dies and God is like, “I sent you two boats and a helicopter.” That’s why I think if you were going to strike out on your own, you might want to try doing it a little closer to (what’s left of) civilization before zooming off clear across the country.

I guess I buried part of the lede, though. Stu did survive, coming home with both Tom and Kojak. By the time he gets there, Frannie has given birth to Abagail, who catches Captain Trips and then recovers from it. And when Frannie wants to return to Maine, he’s all in, even though everyone else thinks it’s varying shades of ridiculous.

And at first, it goes well. Then they stop in Nebraska, prime Children of the Corn territory, and you can tell from the camera work that it’s going to get weird. Stu goes to a neighboring town to load up on supplies, while Frannie stays with Abagail and Kojak at an abandoned house. That’s where Frannie has to make her stand. 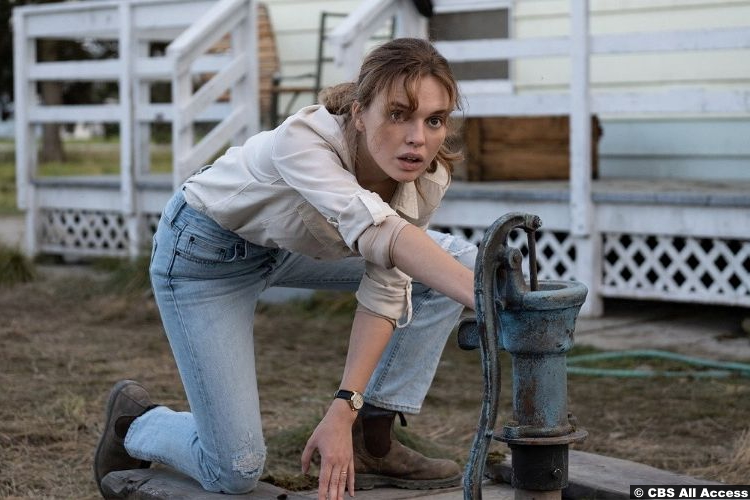 While Stu is getting a flat tire on his way back, Frannie decides to investigate an old well and pump. That’s when Flagg, who never truly dies, whispers in her ear. It startles her, but not as much as the rat in the pump. (Stephen King loves rats in a well. See also: 1922.) Flailing around, trying to detach it from her fingers, she falls straight through the old wood covering the well.

And Flagg strikes. He catalogs her many injuries, including a basically shattered leg and a punctured lung. Then he offers her salvation. He will save her, and keep Stu and the baby safe. All she has to do in return is seal it with a kiss, and allow him the use of her body “from time to time” so that he can see the world through her eyes. 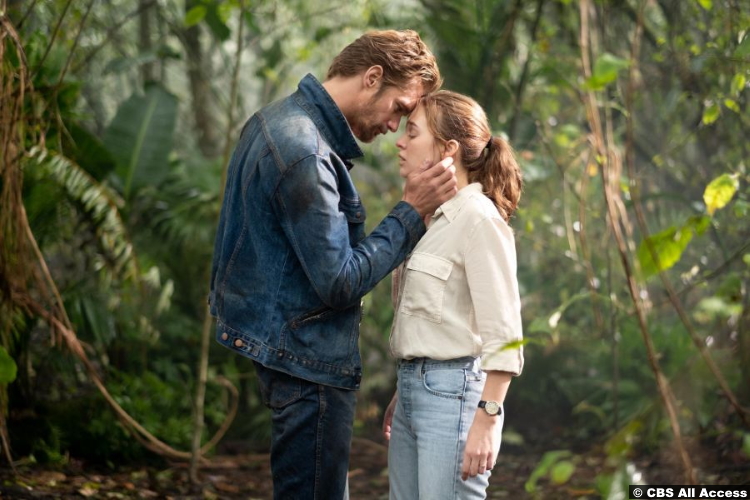 This scene is obviously meant to be reminiscent of a Biblical story, one of Satan’s temptations. However, as I mentioned, there’s little to no suspense here. Frannie has never shown any interest in Flagg or what he’s selling. I guess we’re just supposed to believe that things are so dire that she would succumb now? I mean, as it is, she barely hesitates before she’s yelling “Get thee behind me!” and then calling him something I can’t repeat on this family website.

As soon as she rejects him, she’s spit out into the cornfield at Mother Abagail’s old place. That’s where she finds out that she and Stu will basically be the new Adam and Eve. That’s also where I began to be like, wait a minute. Mother Abagail pops back into this story–in two forms–just so she can save Frannie. And I mean, I like Frannie just fine, but this miniseries has never given us much of an explanation for why she’s so important, besides this last-minute “Oh, and she’s going to repopulate the earth.”

That would be a little weird, but generally okay if this were the end of the episode–Stu and Frannie sitting on the Maine coast, talking about how many children they’re going to have. But then the show pivots to an Indigenous tribe that Flagg had mentioned earlier. They’re so isolated that they were completely untouched by Captain Trips. But now they’re just set dressing, thrown into this story with no agency or identity, existing only so they can worship this asshole?!

5/10 – This could have been a perfectly fine episode, but then they just had to keep that ending, and I do not care for it.