The Stand S01E08 Review: The Stand – Dealing with a bunch of ding-dongs

And in the end, the evil king is something a little less powerful than a malevolent Wizard of Oz. Or maybe even Tinkerbell, because he’s only as strong as he is because people believe in him. 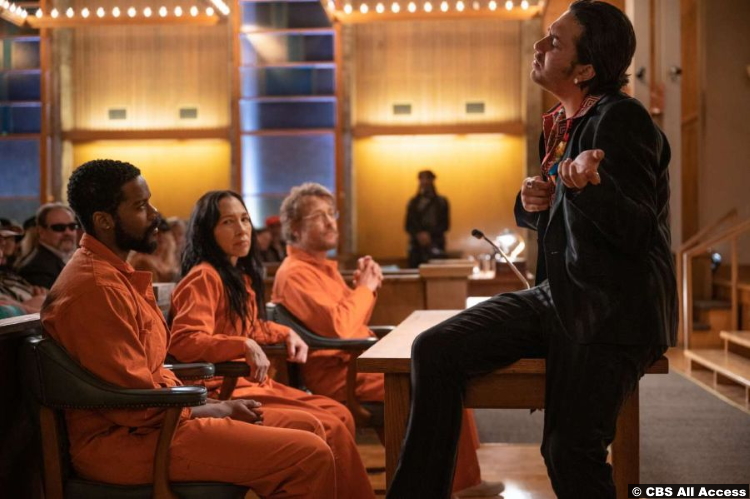 We see the first glimpse of that at the show trial of the Boulder spies. It’s all flash and stage presence, and it’s Glen who starts vocalizing what he’s already realized. Randall Flagg doesn’t have the loyalty of these people because they love or respect him. They fear him because he’s the kind of guy who crucifies dissidents.

They’re basically cult members, and it’s hard to shake that kind of programming. So when Glen does–or tries to, at least–Lloyd can’t take it. He shoots him. Glen, even wounded, doesn’t hold it against him. As he says, Lloyd doesn’t know any better. But Lloyd doesn’t want to hear that, so he shoots him again and again. And that starts it, the beginning of a crack in the Vegas crowd’s belief.

But the hits keep coming for Flagg. When Nadine visits Larry and Ray, for instance, she brushes off Ray’s assessment that she doesn’t look so good. However, Larry forces her to look at herself, to see what she literally looks like. Maybe it’s the shock of it that sends her into labor. 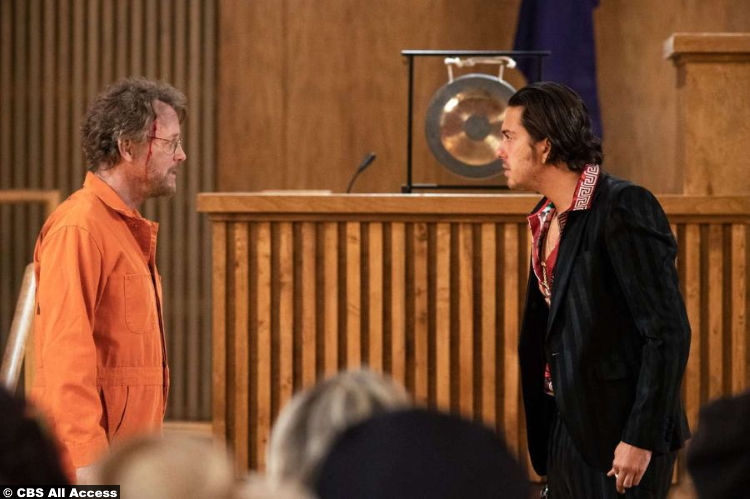 It’s not a healthy, normal labor, either, which Nadine realizes. All of it seems to come to her at once–that like Harold, she’s just a vessel, a means to an end. Flagg never expected or even wanted her to survive this terrible birth. So she uses the necklace he gave her to crack the window glass, then plummets to her death.

Flagg is visibly shaken by this, but the show must go on. And by “show,” I mean the show executions of Larry and Ray. They’re chained to the bottom of the hotel’s indoor pool, which is slowly filling with water. By the way, I just now noticed in this episode that the hotel where Flagg has holed up is called The Inferno. That’s apropos, especially later.

Anyway, the crack that Glen created widens when Lloyd wades into the pool to ask Larry and Ray for their last words. I’m sure it’s meant to be another part of the show, a morbid display that the crowd will find titillating. But Larry’s not on the same script. He tells Lloyd and Flagg and everyone assembled, “I will fear no evil,” to Lloyd’s dismay. Lloyd keeps telling him to stop, to shut up, but Larry just keeps saying it. Then a woman in the crowd repeats it. A man we’d seen at the trial, who looked disturbed by its proceedings, also starts to shout it. It’s all falling apart for Flagg, his grip on his flock loosening before his eyes. And then it gets worse.

The Trashcan Man returns with his bounty. Unfortunately for him, that nuke he picked up must be positively spewing radiation because he looks like an old candle. Unfortunately for Flagg, the Trashcan Man isn’t keen on the finer details. That is to say, instead of taking the nuke to a plane, so Flagg can drop it on Boulder, ol’ Trashcan has driven it right inside The Inferno. But still, it gets worse. 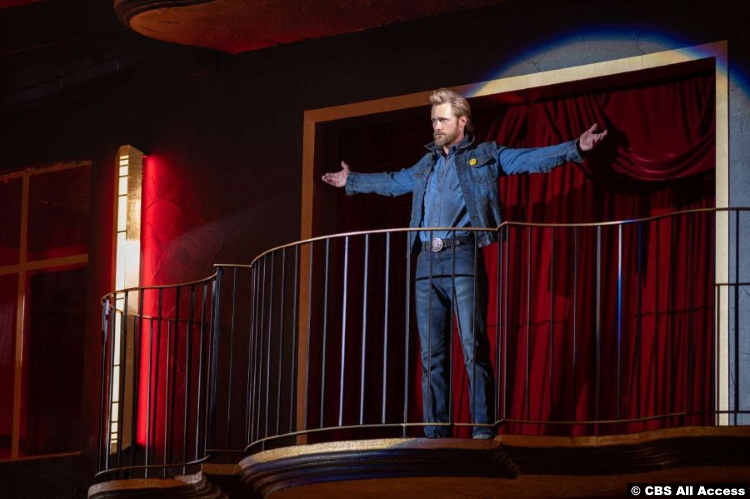 It begins with the roll of thunder. Then the lightning begins, striking down the people of Flagg’s Vegas. Lloyd is killed by a broken piece of hotel decor. Flagg is hit by lightning multiple times. And since Larry got to quote scripture, lemme do it, too: Vengeance is mine; I will repay, saith the Lord. Finally, the lightning hits the nuke, obliterating New Vegas.

Stu, who’d briefly contemplated suicide before Kojak snapped him out of it, sees the conflagration in the air. We, however, don’t see his final destiny, not yet. We do see Tom, though, who emerges from the smoke to find Kojak waiting for him.

Back in Boulder, Frannie and Joe are walking through town when Joe stops, also seeing the vivid colors in the sky. Frannie hustles to get the boy out of it, but he stops, sure of one thing. The bad man is gone. So what’s left now at the new, new restart of the world? We’ll find out next week with Stephen King’s new, new ending.

7/10 – As with the other episodes so far, this all feels way more slight than it should. It’s supposed to be an epic battle of good and evil, but mostly it just feels like three rational people dealing with a bunch of ding-dongs, which includes Flagg. He’s been truly menacing only in fits and starts, which is a shame because, on the page, he’s a much better villain than the show would have you believe.