And if things weren’t bad enough at this point, now enters the Trashcan Man (Ezra Miller). A childhood affinity for fire and a very tenuous grasp on reality, which hasn’t been helped by his surviving the pandemic, has now built…this guy. 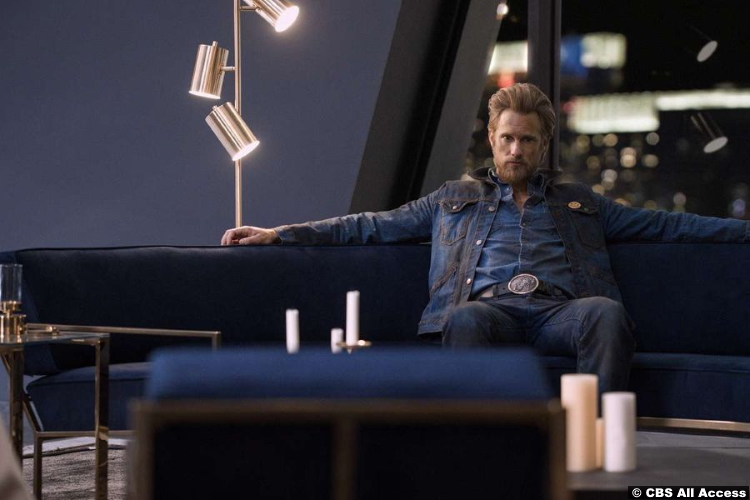 Look, Ezra Miller’s making a lot of, let’s just say, interesting choices with this portrayal, so I guess we’ll just go with it. Anyway, like a lot of people, the Trashcan Man has been drawn to New Vegas. But unlike probably most of them, he’s been called by Randall Flagg directly. Flagg wants him to head out to the desert to retrieve some “fire.” He’s being kind of vague in his speech, but not really. The reference to Tsar Bomba, the most powerful nuclear weapon of all time, makes it pretty clear. He wants this maniac to bring back a nuke.

Once you make plans to acquire (and presumably detonate) a nuclear weapon, you’d think you’d call it a day. But when you’re Randall Flagg, your day is never really done. To that end, he’s also concerned that he still can’t sense the third spy. Whenever he tries, all he sees is the moon. He knows the second spy, the judge, is about to make her move, though, so he puts Lloyd–and by extension, Lloyd’s men–on the job. 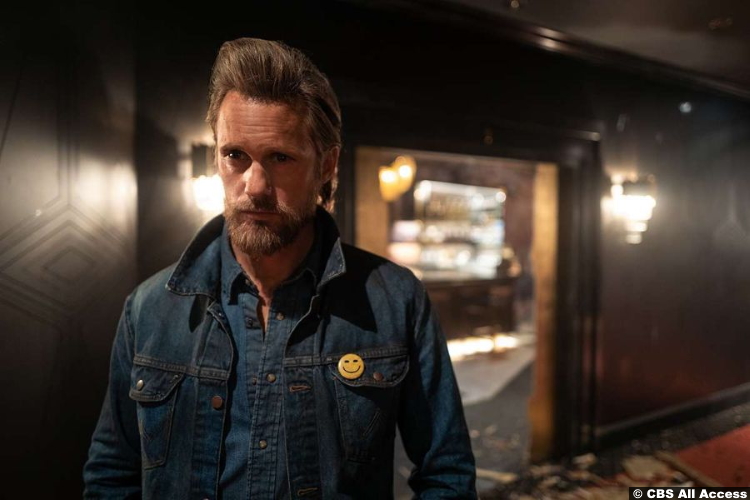 And in his words, they “screeeeeeeeeeeeeewed it up.” The wonderful Clifton Collins, Jr. joins the show for this one scene to play Bobby Terry, the biker who shot the judge. He half-heartedly tries to argue that it was self-defense, but he doesn’t really care. Unlike most everyone else, he doesn’t seem to be afraid of Flagg. That is, until Flagg materializes in the elevator with him and tears him apart. Moments later, he overhears a housekeeper call for a crew, including a big guy, whom she calls “Mr. Moon.” 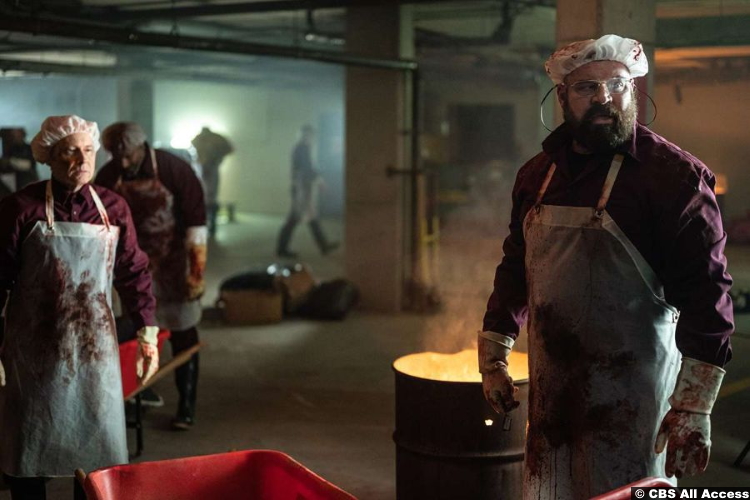 Tom, alias Mr. Moon, had been puzzling over the note Dayna left for him. He noticed it matched a command on a machine, though, so he asked a woman what the button said. When she tells him (“RUN,” in case you forgot), he tucks that information away. Somehow he knows to do just that when Flagg comes looking for him, as Tom climbs into a truck bed full of corpses. Maybe it was recognizing Julie.

Meanwhile, back in Boulder, Harold is also thinking of explosives, specifically as a way to kill the committee and who knows who else. Nadine helps him out by planting the bomb. It’s pretty easy, actually, because everyone’s distracted looking for Mother Abagail. For her part, she apparently helpfully came back and corrected the spelling on her note. Most of her time in the episode, though, is spent wandering the woods, much like Jesus wandered the desert. I’m not the one who came up with that comparison, though–that was Randall Flagg, who came to “see” Mother Abagail. 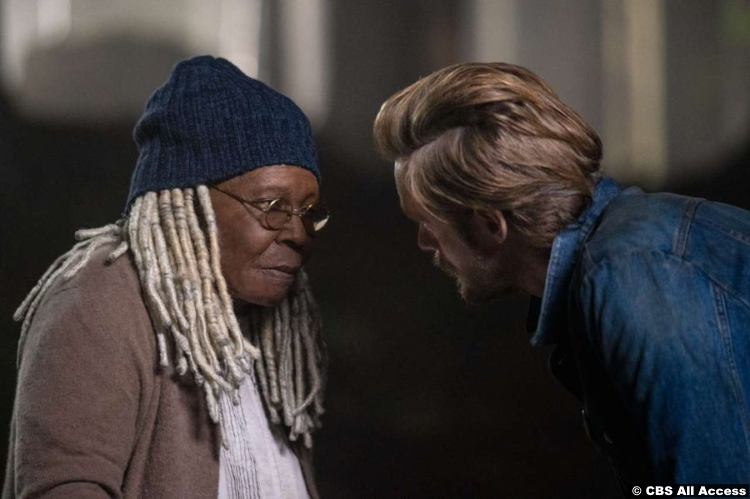 Since everyone’s busy, though, Frannie takes that as her opportunity to get a look in Harold’s place. Fortunately, she’s much better at it than Larry, as she finds the basement where Harold keeps his biggest secrets, like a goshdarn manifesto. Unfortunately, Harold catches her and locks her down there. “You all threw me away!” What a [expletive deleted] baby. Like, no they didn’t–they made him a part of a community and gave him a role. I’m glad Frannie tells him as much.

As Joe is speaking for the first time, to whisper to Larry that “Nadine and Mommy Nadine are two different people,” Frannie manages to free herself from the basement. She gets the word out about the bomb, but not in enough time to save everyone. Sadly, Nick is the one who finds it, and thus, the one who takes the brunt of it. But it doesn’t look like he’s the only casualty this week in Boulder.

7/10 – Again, they focus so much on character development for Harold. That’s fine–and great for Owen Teague, who’s killing it–but it’s at the expense of other characters. I mean, we knew a little about Nick, but not enough to be as moved by his loss as we should be.