And for all the time that’s been given (devoted to?) Harold, of course it ends like this. Despite his suspicion that he’s the world’s protagonist, he was always a supporting character. At least he had the dignity to realize it in the end.

I don’t give a single tinker’s fart about it, but, you know–good for his self-actualization or whatever. Anyway, when we first see him in this episode, he’s practically begging for a comeuppance. Not only is he crowing about killing the entire Free Zone Committee–as far as we know, he killed only Nick–but he’s very spicy to Nadine. Since, again, he imagines that he’s the hero of this whole story, he doesn’t consider her role at all. Or if he does, he assumes she’s a minor player. 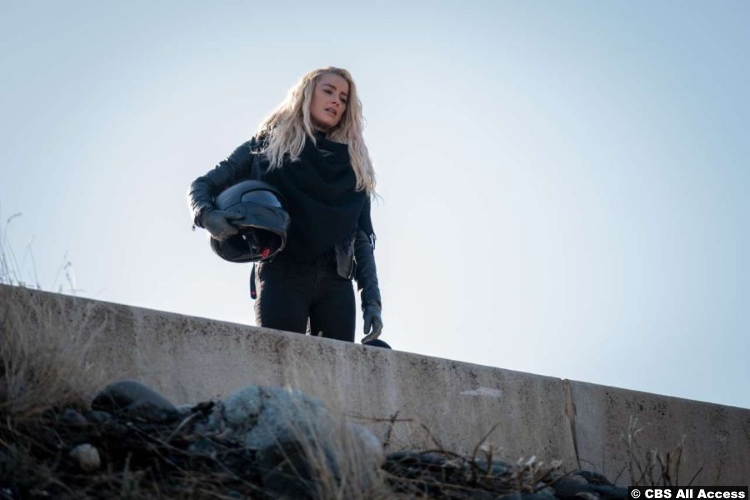 At first, I couldn’t read the look on her face when he dismisses her part in all this. I thought it might be regret, a momentary twinge when her good side wins out. But while I still think there is a tiny crumb of goodness in her at least, that’s not what she was showing. She’s tied to Flagg, and the poison is in the wound. So when she does what she does–manipulating Harold into a wreck and then leaving him to die–I think she does it believing that it’s what Flagg would want. Because it is.

Meanwhile, back in Boulder, the remaining members of the Committee meet with the dying Mother Abagail, who is expressing regret. She thinks that she’s assumed a larger role than she should have. In her words, she was thinking of herself as the potter rather than the clay. Still, that doesn’t stop her from firing off one more request/command. She wants Stu, Glen, Larry, and Ray to take the fight to Flagg, to go to New Vegas and make that titular stand. So that’s what they do, while Frannie, at Mother A’s request, stays behind. 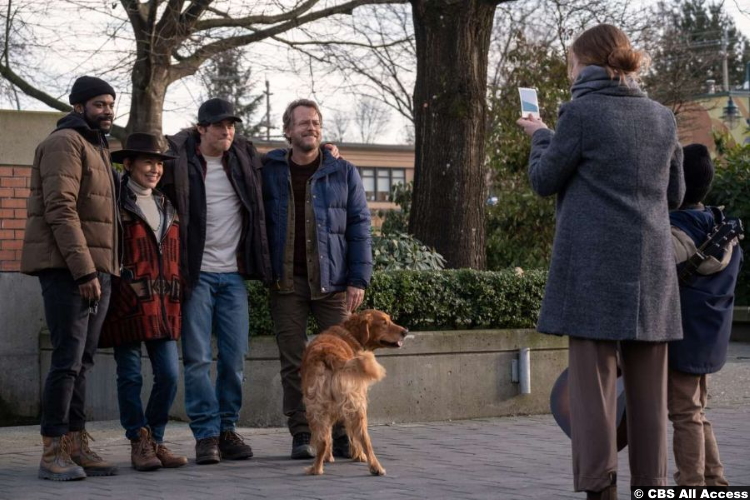 It’s unclear how long exactly it takes them, but I would estimate it’s about a month of walking. It’s also some of the most beautifully shot sequences of the series so far, especially the part that’s soundtracked to Radiohead’s “I Promise.” Eventually, they come upon Harold’s body. After writing out the last of what he’s learned, including the part where he accepts responsibility for allowing himself to be radicalized, he had taken his own life. And despite the awful things Harold did, Larry feels sympathy for him because Larry is trying to be a better person. So he covers Harold’s body.

By this time, Nadine has finally reached the next phase of her destiny. Flagg transports her to his suite in New Vegas, where he has sex with her. It’s all a beautiful illusion, though, as Nadine realizes too late. The edges of the fantasy dissolve to reveal that she’s lying in the dirt, and Flagg is a demon. And while this scene also shifts to imply that Nadine is no longer consenting, it is an improvement upon the scene in the book, which is a violent rape scene.

When she was preparing them for their journey, Mother Abagail had mentioned that one of them would fall. As it turns out, she meant that literally. The quartet–quintet if you count Glen’s dog, Kojak, which I definitely do–come to what is not so much a fork in the road, but a giant ravine. It’s not impassable, though. They can climb down into it and then climb back up on the other side. There are some hairy moments, though, but most of them make it safely up and over. That is, until Stu is almost over the side. The ledge he’s on gives away, and he falls to the bottom, breaking his leg. 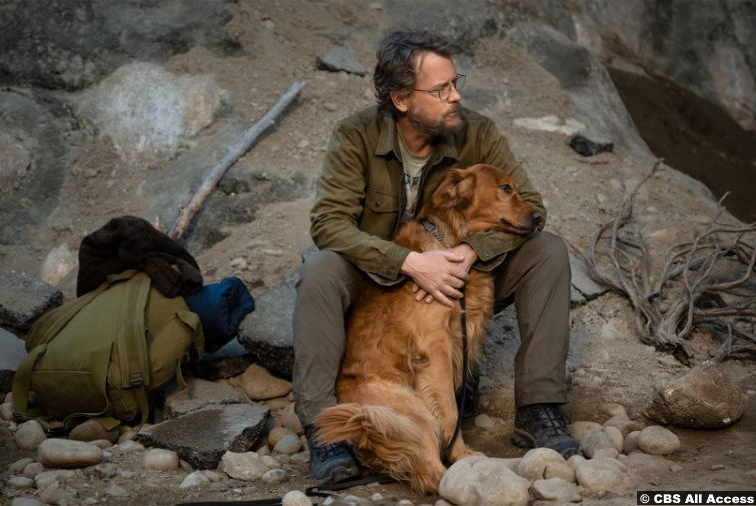 Stu is immediately pragmatic about it. Even though they set his leg, he can’t continue on with them. So he’ll wait in the canyon until they come back, until he heals, or just until. And the rest of them, save Kojak, who decides to stay behind with Stu, continue on.

They don’t have far to go, though, as Lloyd and Julie arrive in a limo to pick them up. The Free Zone group gets their first look at New Vegas, and boy, is it a nightmare. When Glen sees them replacing Julius Caesar’s head with Flagg’s outside Caesar’s Palace, he does get off a good crack, though: “Render unto Caesar’s.”

Their final destination is Flagg’s hotel, where Nadine greets them. She…has changed. Her hair has turned white since we saw her last and she is very visibly pregnant. In fact, her belly is actually moving from the activity of whatever is in there, whatever is draining the life out of her. I give it several yikes.

8/10 – This was probably the best episode since the premiere.

And yes, I caught Larry’s song playing in the hotel when they got to Vegas. It’s a bop, to be honest.