The Expanse S05E10: Nemesis Games – The beginning is the end is the beginning

Ty Franck and Daniel Abraham (collectively known as James S. A. Corey) are like the inverse of George R. R. Martin.  When they tell a story, they know how to tell a story.  Like, beginnings, middles, endings, rising action, falling action, characters you care about, storylines you can follow, This is literary hard sci-fi.  This is science fiction they should teach in school, along with Dune and everything by Asimov, Bradbury, and Clarke.  And somehow they’ve managed to take their literary sci-fi and turn it into just astonishingly compelling television.

So here we are at the finale of season 5.  Seems like just yesterday we were starting this season, but that’s how prestige television goes – 10 episodes, and Bob’s your beratna.

Cas Anvar’s alleged sexual misconduct may have been the reason that his character in the show dies here while his book counterpart lives on, but the show actually did a pretty good job figuring out how to kill Alex in a way that made sense for the plot and his character.  Not an easy task, and kudos to the showrunners for doing the right thing here.  And Bull will make a perfectly fine Alex substitute next season.  Once he stops using racial slurs to refer to Belters, that is. 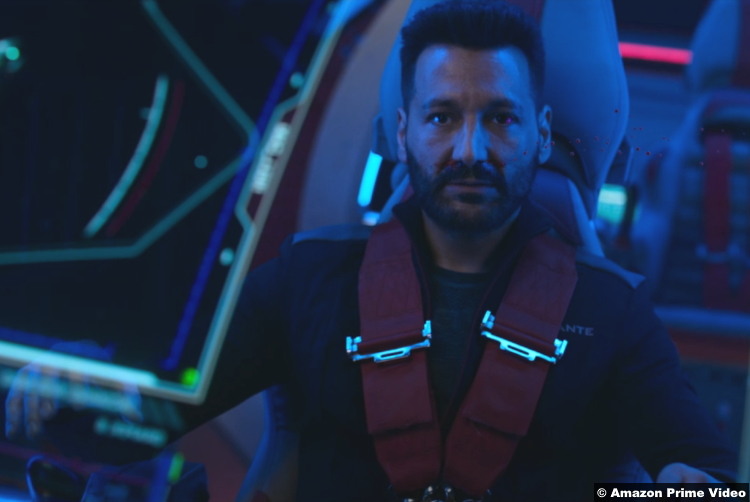 But who’s the real hero of this season?  Is it Drummer, whose revolt against Marco to save the Rocinante causes Marco to kill her crewmember, leading to the dissolution of her tribe and the loss of several of her closest allies – including a woman she deeply loves?  Her story this season is one of powerlessness and rage – and of love lost, and balancing loyalty and self-preservation and preservation of her crew and the people she loves.  Cara Gee continues her standout performance here, showing both fear and conviction, the uncertainty of what her betrayal might mean showing on her face even as she powers forward.  She’s terrified in the moment, but she knows, she knows she can’t do anything else.  That little moment of hesitation before she fires on her fellow Free Navy ships – it’s such a small thing, but it means everything.  Loyalty.  To the Belt, to Marco, or to Holden and the Roci?  And then she hits that button. Damn. 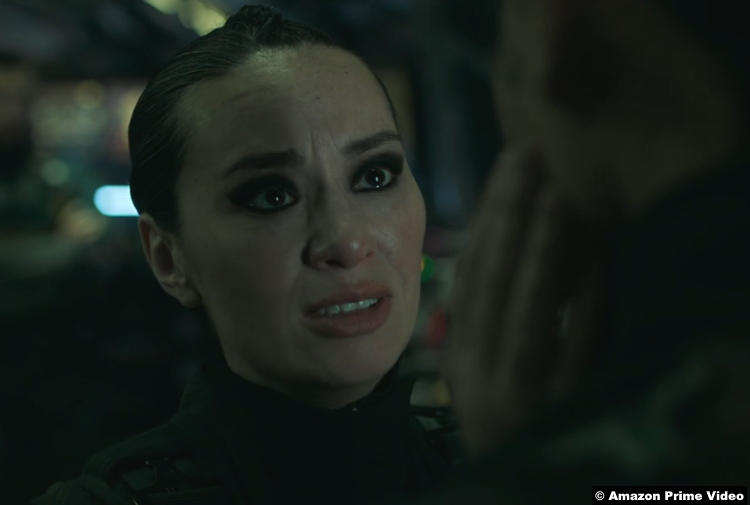 Is it Holden, who spent most of the season hunting a phantom sample of protomolecule, only to later discover that he may have let it slip away in the firefight with the Zmeya?  Whose engagement of the Belter ships starts as heroic self-sacrifice to buy Bobbie and Alex time to rescue Naomi, but turns into something else?  It seems more like Holden’s arc this season has been about saying “oh wait, hang on…” a lot.  Quite honestly, if I think about it, his story has been kind of weak compared to a lot of the others. 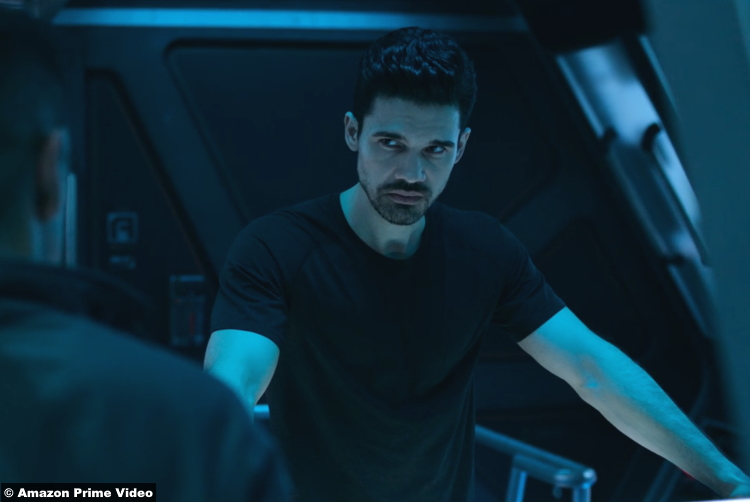 Is it Naomi?  Yes.  God damn, but it is.  For the second time this season, she leaps out into cold space just hoping of the minuscule hope she has of either rescue or, at least, of saving Alex and Bobbie from the Chetzemoka’s explosion.  If you didn’t get a little bit emotional watching her struggle to remain conscious, throwing those Belter danger signs, crying “See me, Alex…”  I swear…I’m getting emotional just watching that scene again.  And then she is rescued. 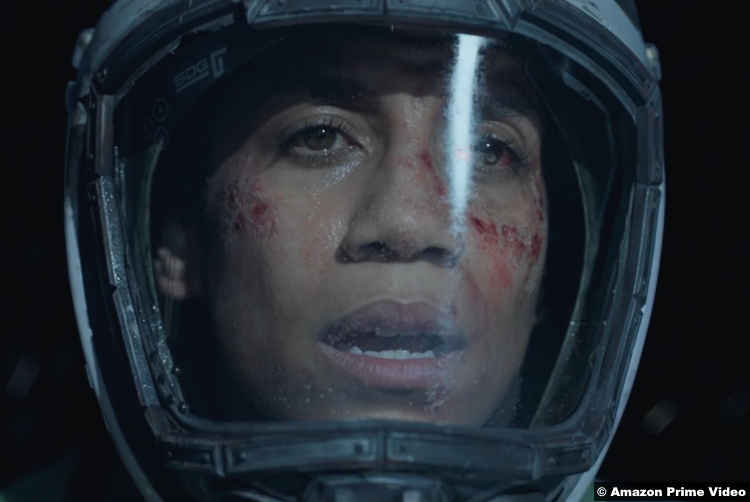 Ok, speaking of scenes that made me misty…when Naomi plays her “if I’m dead” message to Holden, and they stare at each other, and…I just can’t even. 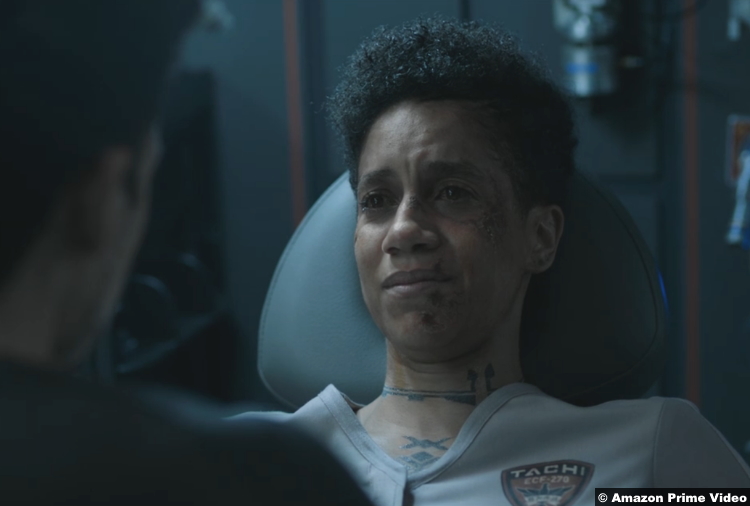 What else?  Well, Amos, whose arc this season has also been about loyalty, and redemption, and processing the past, and saying goodbye to it.  He’s always the hero in his own way, although he’d never call himself that, and his unique, blunt, black and white approach to the world works for him, and Wes Chatham’s portrayal is picture-perfect.  The scene at the end where Amos backhandedly convinces Holden to let Peaches join the crew…that was art. 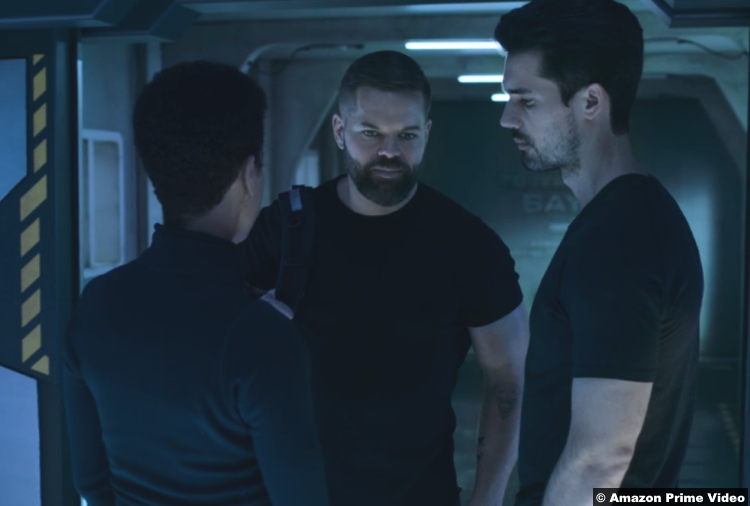 Crisjen Avasarala…what can you say about her?  She started sidelined, alone, frustrated, isolated, after losing an election, and she ends the season where she should have been all along – at the head of the UN, right before a new Big Bad emerges from the rings.  The tragic loss of her husband didn’t shrink her into a ball of self-pity like it would have any lesser human – no, it made her even more determined to do the right thing, to find peace with the Belt instead of bursting into all-out war.  Little does she know… 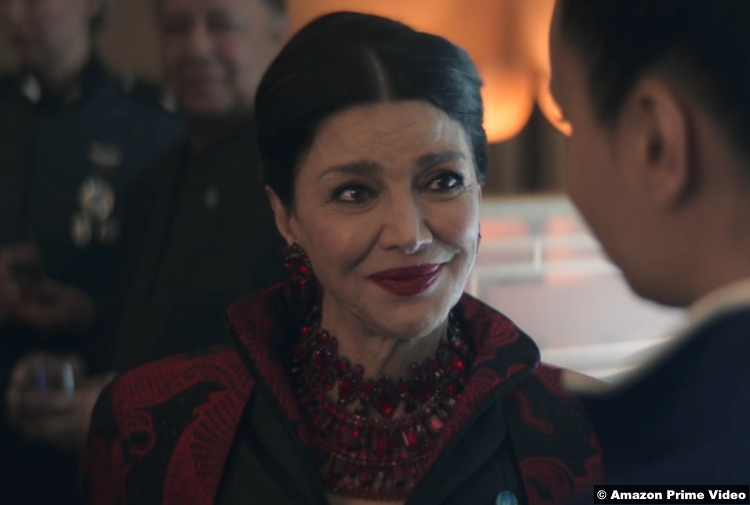 Speaking of which, let’s talk about this season’s Big Bad.  Marco Inaros’s cool psychosis could be way too Bond villain, and that made his arc this season weaker than it could have been.  And a lesser show wouldn’t have been able to balance that weakness properly, and it would have had an outsized and distracting influence on the rest of the show.  But this isn’t a lesser show, and – of course, as a book reader, I know what happens next – and the truth is that Marco’s story is crucial to the next bit of terror that our heroes will face. 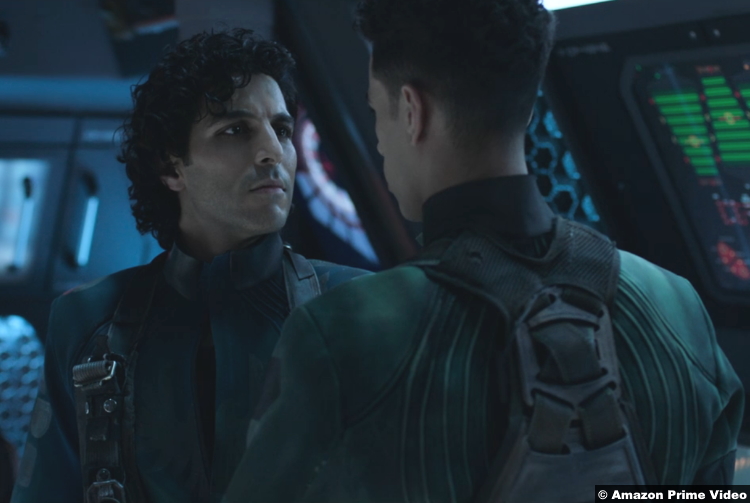 So let’s talk about next season.  You’ve heard the word “Laconia” now, and Admiral Duarte, and well, if you haven’t read the books, I can’t say much else about what any of that means.  Suffice it to say that Season 6 will see our heroes facing a massive and daunting challenge that even their book counterparts haven’t fully recovered from yet. 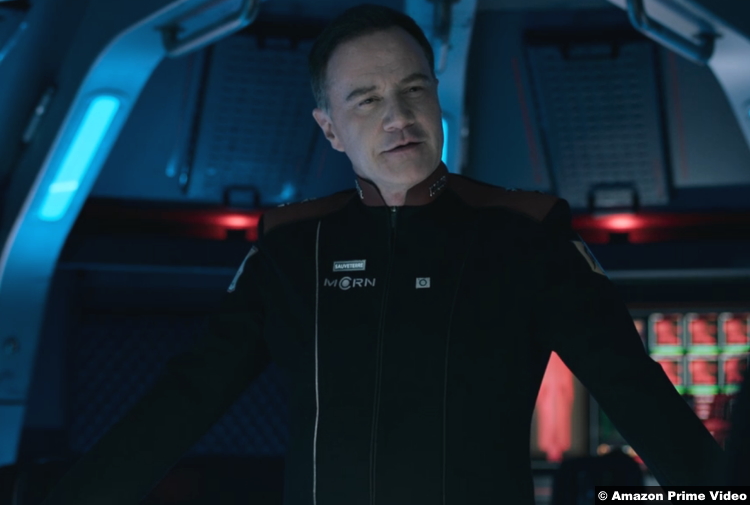 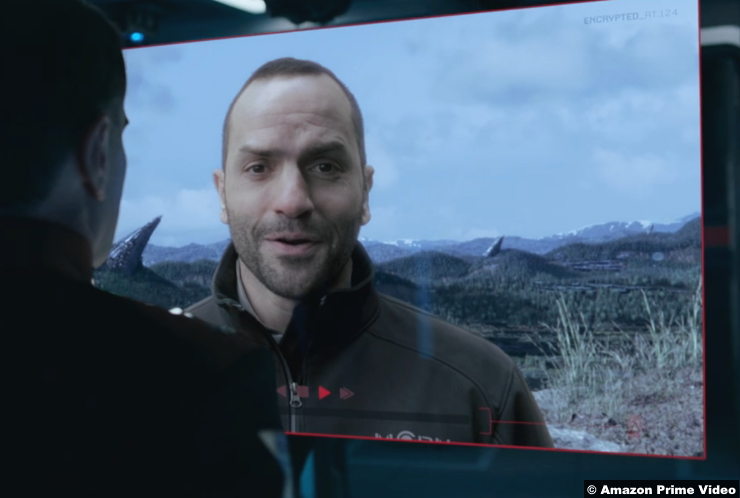 Onward, beratnas.  If you haven’t read the books, READ THEM.  I’m so very much looking forward to the release of the final book in the series, Leviathan Falls, later this year.

-The show continues to do fun stuff with the low gravity on the moon.  Amos dropping the bottle and watching it spin slowly downward, and him screaming “A LITTLE HELP!!!”  Just a great moment.  And the show kept it up during the reception at the end of the episode – all those drinks sloshed slowly around their glasses.  It’s just so cool that the show cares about that stuff.  Ok, it didn’t get it right 100% of the time, but it got damn close.

-If you’ve noticed, the show has been labeling Laconia in the opening credits for a few episodes now – prepping us for what’s next.  Interesting.

-The look Holden gives Peaches when he sees her, and then she says “Hi,” as if her entire arc last season hadn’t been about destroying him.  Perfection.