How much shit do I have to eat before you treat me with some respect??”

I swear to Sagan – I’ve never seen a better season of television in the history of ever.  I include…everything.  This show is just so, so good.  I’d put it up against not only any other science fiction show out there, but any other kind of epic television.  The Expanse is in the top tier of any show ever.  I’m not even being hyperbolic.

Three parallel stories take center stage here, and in each, there is dissent, disagreement, or outright conflict.  And each story is about tribes – the kinds of tribes that Amos told Peaches about, that shrink and grow depending on how stable society is.  But Peaches takes a different lesson from Amos’s tribes analogy.  He thinks tribes shrink when social structures collapse; she thinks people band together to survive.  And this episode has an ambiguous message about which of them is right.

Our first tribe: Drummer’s crew, mostly resigned to working for Marco and his Free Navy.  Mostly, that is, except for Drummer. This tribe is held together by fear and control.  Marco calls on them to destroy the Roci, and Karal makes sure the crew acquiesces to their new orders – including Drummer. But Oksana knows what Drummer is capable of, and takes away Drummer’s weapon. 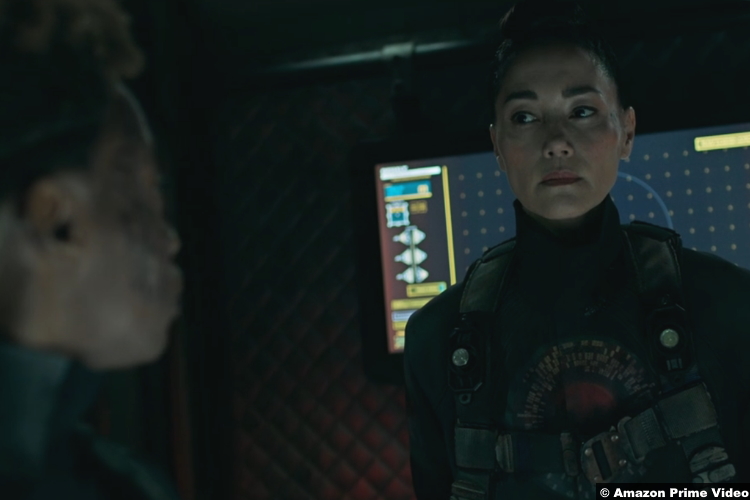 Drummer knows something’s afoot – it doesn’t make sense to destroy the Roci if the Roci is just going to be blown up by Naomi’s ship.  Oksana knows that Naomi’s alive, but Karal swears her not to tell Drummer.  Karal is ruthless, cold, a true believer.  Drummer goes to Oksana and demands the truth – in a beautifully acted outburst of rage and indignation.  Marco killed Ashford and Naomi, and Drummer has been the good Belter going along with it, because she had to protect the people she loves, so she snaps when Oksana hides the truth from her.  But Oksana reminds her of the stakes – does she love her crew?  Of course she does.  Then Oksana drops the bomb.  Naomi’s still alive, and killing the Roci is a way to prevent them from rescuing her.  Drummer starts to run off, but Oksana stops her.  They’ll all be killed.  For this tribe to survive, they have to play nice with their oppressor – for now.  The look on Drummer’s face at the end of this scene could melt plasma.  Cara Gee, like so many of the actors, has just been phenomenal this season. 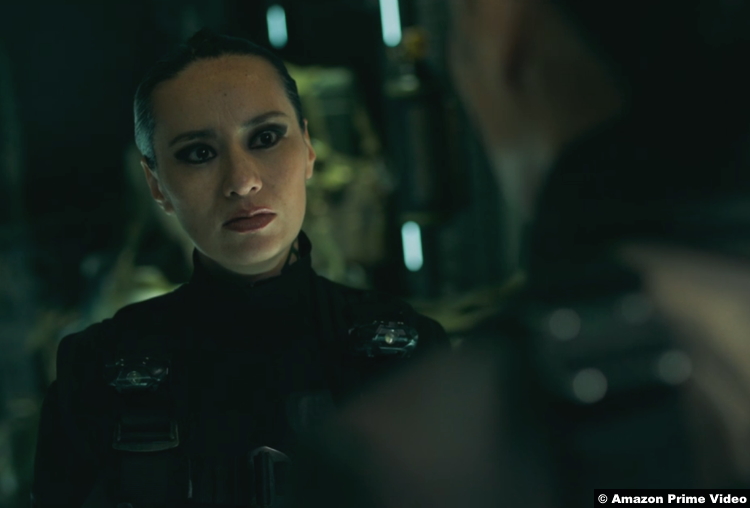 Our second tribe: Amos, Peaches, and Erich and his crew.  They’ve made it to the rich people enclave where they hope to find a ship to take them off the scarred surface of the Earth.  They find a likely ship, break into the house, and find the winter maintenance crew cowering inside.  And thus, their tribe grows.  The winter maintenance crew shares their food, and Amos and company agree to take them along to Luna.  Then the tribe grows again, with the arrival of more starving winter property crew. Dissent is here too – Erich and his crew are all about self-preservation; Clarissa is still trying to redeem herself and wants to take everyone along.  And then this tribe is threatened by another – the “security patrol” also stuck on the island, who also want the ship.  This is where the only real action scene of the episode happens – a brutal, uncompromising firefight between the Amos tribe and the security tribe.  Ultimately, Amos’s tribe prevails, and they shoot off to the moon.  This tribe grows, fights, and survives. 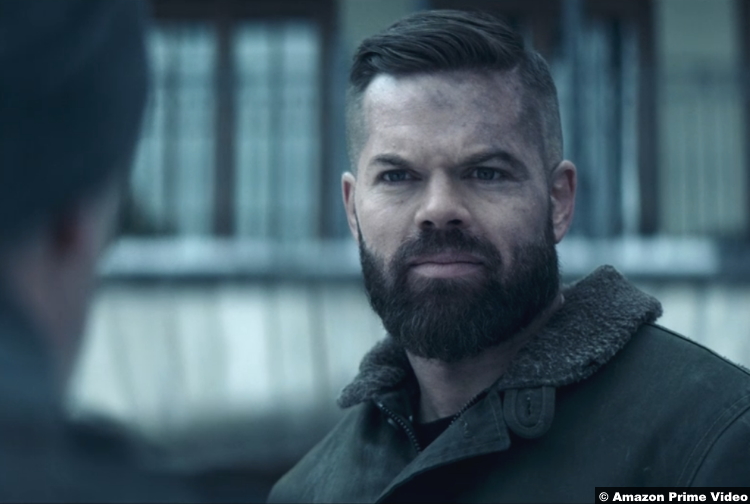 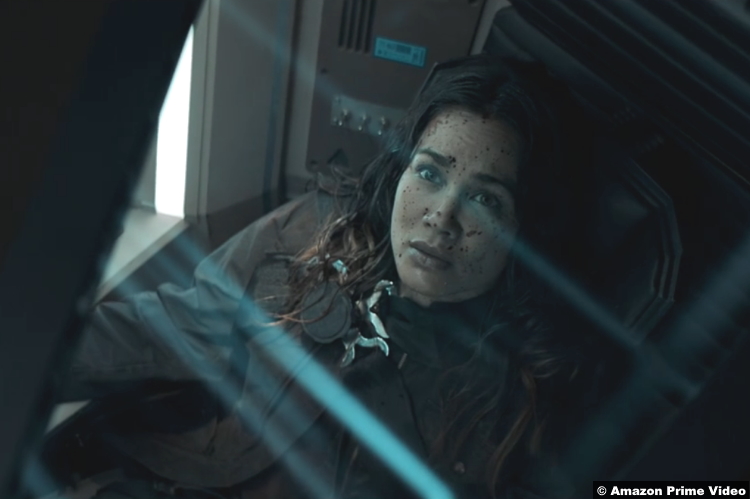 Our third tribe: The UN Security Council on Luna.  Avasarala’s tragic revelation that her husband died on Earth is coupled with an equally appalling betrayal by Admiral Delgado, who has convinced the new UN Sec-Gen to blow up Pallas, killing a huge number of civilians.  Delgado’s hawkishness has the Sec Gen’s ear, and they’re actively plotting to blow up more Belter targets, including Ceres.  But Avasarala isn’t having any of it.  She has just lost her husband, an innocent civilian, to an attack by Marco, and she can’t believe that the UN has retaliated in kind, making everyone who had family on Pallas just like her – mourning the senseless and unjustified death of a family member.  But the hawks have control here, and she’s had enough.  She resigns, and half the council goes with her.  The tribe dissolves.  And in a tragic and poignant scene, Avasarala adds Arjun’s name to the holographic wall of the dead.  Then, surprisingly, there’s a vote of no confidence, and Avasarala is put back in charge.  As she bloody well should be.  A new tribe is born. 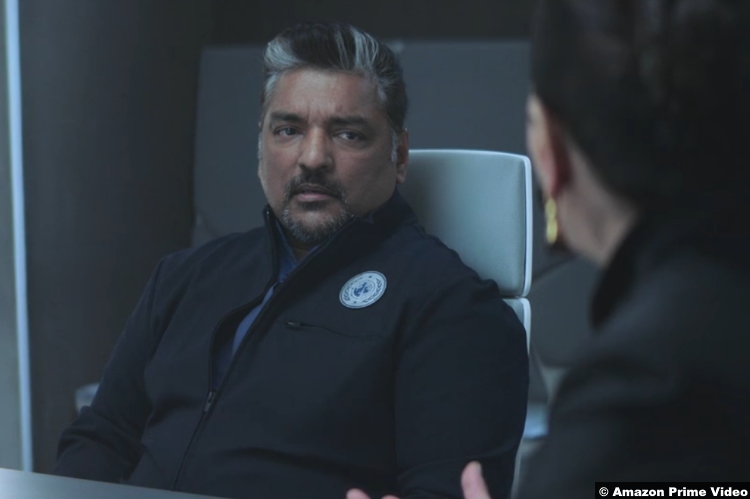 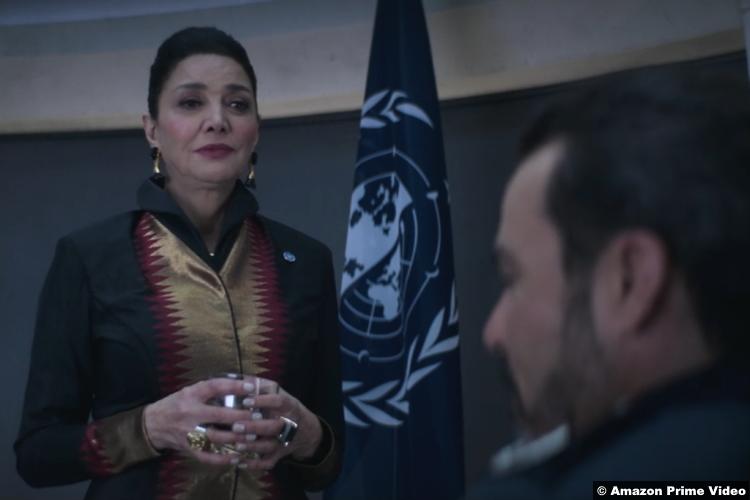 And then there’s our tribe of one, trying not only to survive but to prevent her comrades from falling into a trap.  Naomi is alone, trying to do something, anything at all to signal to Alex and Holden that they should not come to rescue her, but there’s just so little she can do.  She can change the fake message Marco left, but not into anything that means “stay away.”  Just enough to mean “maybe I’m alive.”  Her tribe of one is in grave danger.  But she’s not going to give up until her literal last breath. 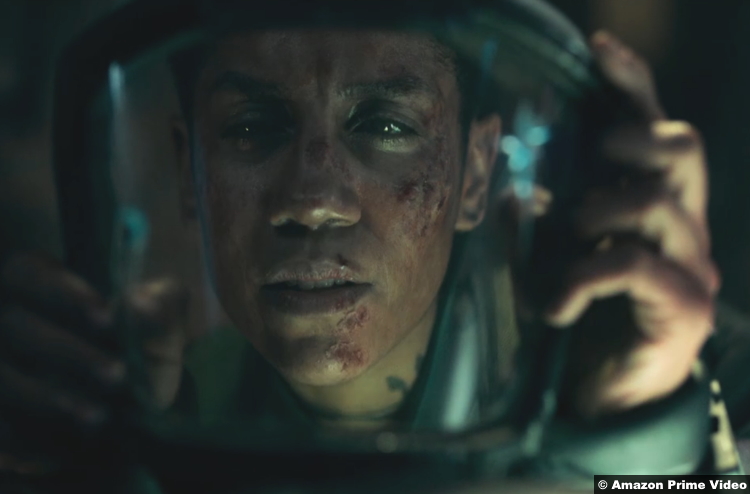