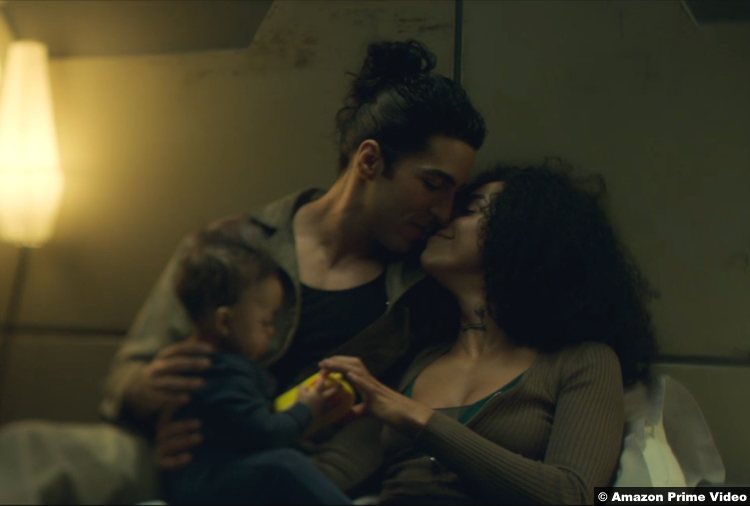 I was going to open the door, and then I  realized that pressing that button wouldn’t change anything for you.  Either way, alive or dead, you were going to grow up without a mother.  I never wanted to leave you, but walking away was the only choice I had left.  Walking away is the only choice anyone ever has.

Walking away is the only choice anyone ever has.  And that’s certainly true of Naomi in this episode.  Her arc has a tragedy to it that really is heartbreaking, and emotionally raw, and just beautifully executed – especially in this episode.  She really has had two goals this season: escape Marco and save Filip.  Along the way, she’s made some hard choices – knocking out her old friend Cyn to warn the Roci about the malicious code was just the most obvious one.  This episode brings her arc to a shocking and tragic conclusion. 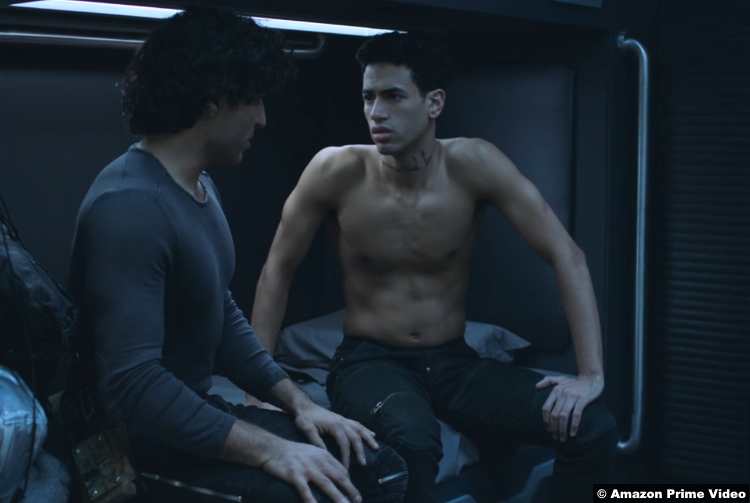 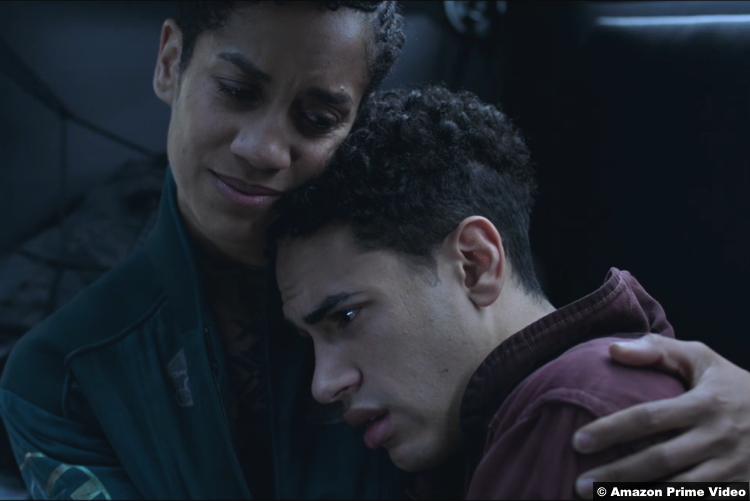 It’s not just that Marco’s manipulative hold on Filip is stronger than anything Naomi can possibly break, or that Filip is, at his heart, a coward who gravitates toward the strongest force in the room, and that he lacks the self-assurance to make the hard choice.  It’s also that Naomi is so damn determined to get Filip back, and she beats on that wall so hard, and for so long, and with such raw, boiling emotion, that when she finally breaks, the tragedy is bigger than any of them.  It’s not just the final scene that rips into the viewer with visceral horror – Cyn trying to save Naomi like he did the last time she walked into an airlock – “You shouldn’t have followed me,” she says, and leaps out – soaring toward her ship.  That scene is brilliantly executed, from the suspense of whether Naomi would make it, to the ultimate tragedy of Cyn’s death. 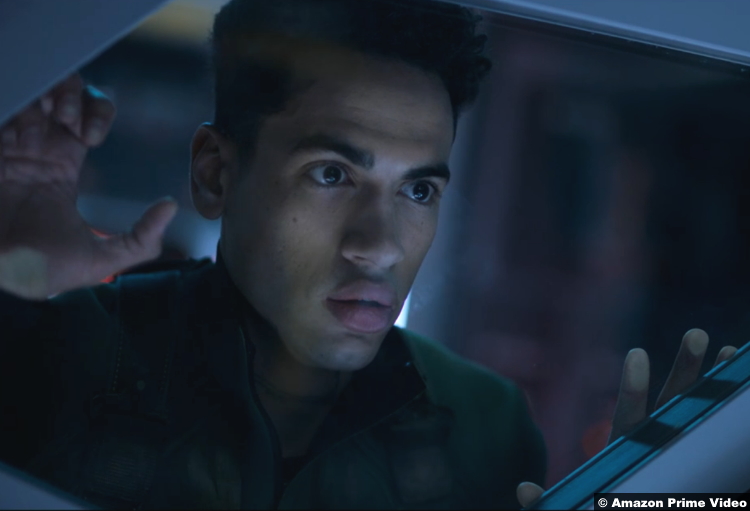 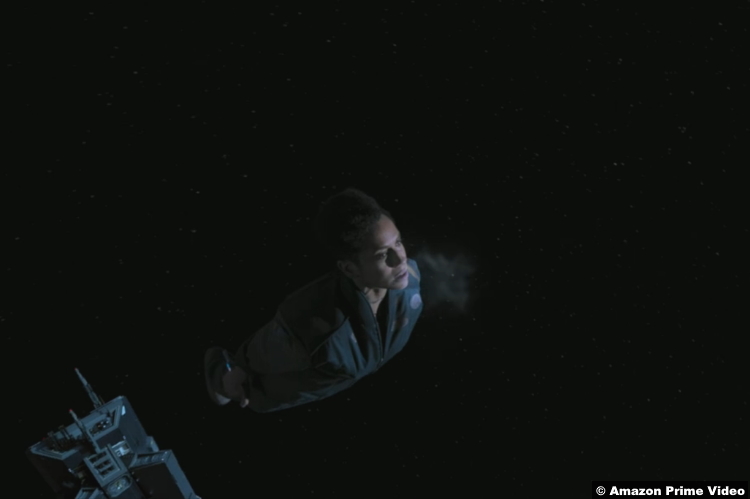 But it’s also the scene before that when Marco reveals his plan to use Naomi’s ship to lure the Roci and destroy it, and Naomi sees that all of her efforts to turn Filip and Cyn against Marco have failed, that she has no allies, and she is truly, utterly alone.  That scene bites hard, and once again, Dominique Tipper is more than up to the task – I’m not ashamed to say I got misty here, just feeling for Naomi’s rage and tragedy and heartbreak and all of it.  But so is the actor who plays Cyn, whose moral uncertainty has been very well illustrated throughout his arc.  And here.  He knows that Naomi’s on the edge, and he tries to save her again – and then… 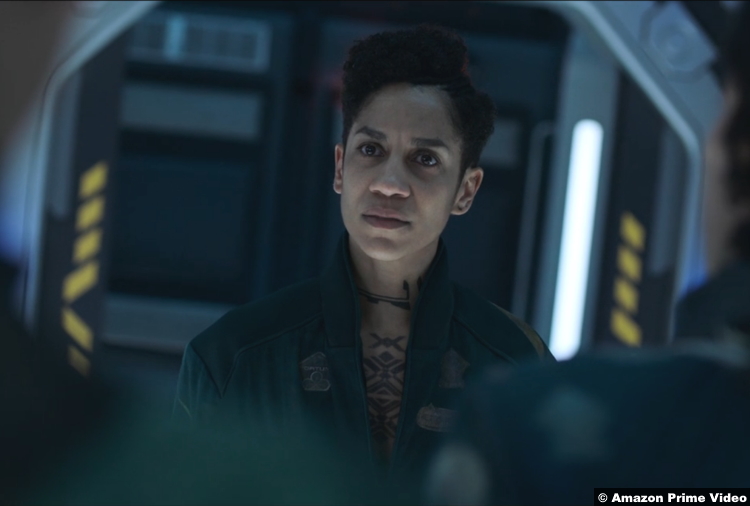 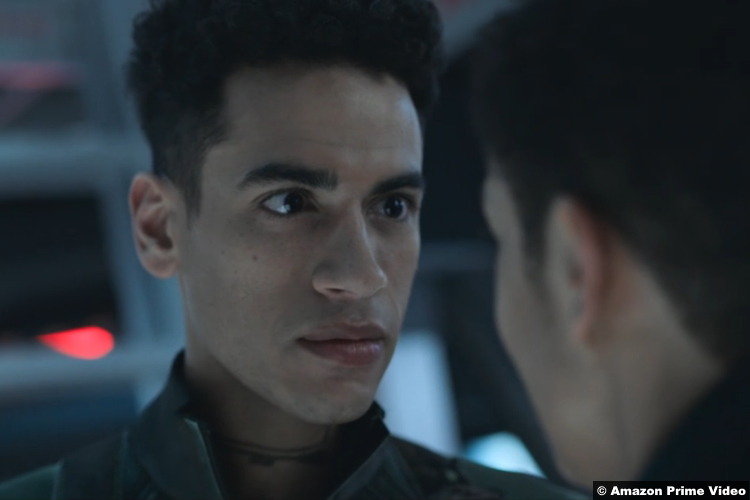 Filip’s flipping back and forth between maybe moving toward Naomi and then pledging his undying allegiance to his father is a little ham-handed, and as I said in my review of the last episode, Tribes, I don’t quite buy the whiplash, but it’s not enough to take me out of the episode.

Those of us who have read the books pretty much know where Marco’s rebellion is going to end up, and seeing the pieces beginning to line up for…ah, but that would be spoilers, wouldn’t it?

Someone way up the MCRN food chain must be backing him

If you’ve read the books, you have the same knowing nod that I do. 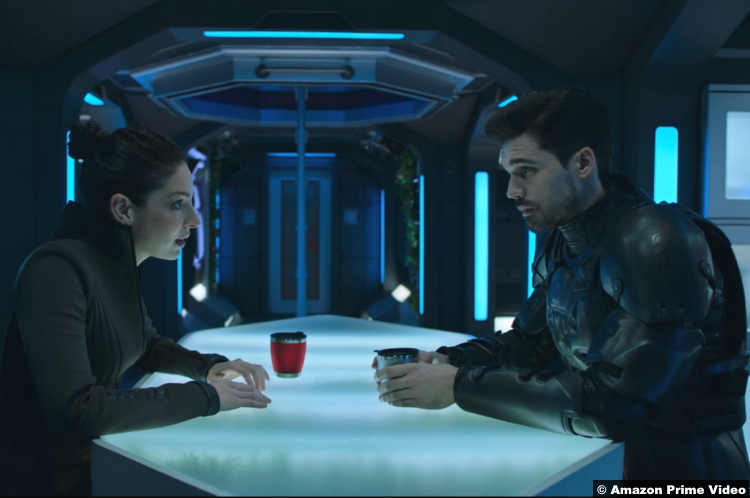 But the real tragedy of Holden’s arc here is that it’s the sample that was on the Roci that became the sample that Fred had, and now that Marco has.  And Holden can’t help but blame himself for literally everything, and to try to fix literally everything.  And he’s conflicted – he knows he needs to destroy that sample, but the Zmeya might have info on where Naomi is being held, so Holden tries to thread a needle he doesn’t actually have, and loses the Zmeya in the process.  Does that mean the protomolecule isn’t on the Zmeya? But when it explodes, we see blue shards.  Hmm…

The scene where the Rocinante engages the Zmeya, and the Zmeya throws a “shitload of incoming” at the Roci…it’s beautifully done as usual, the tension of the Roci trying to destroy the missiles before they hit it, the sheer bloody realism of the space battles in this show as compared to Star Wars or Trek or anything else on TV. Nothing wrong with Trek or Wars or anything else – The Expanse is just different in a way that, when it works, it really works.

A quibble.  There’s kind of a funny scene between Alex and Bobbie near the beginning of this episode.  Bobbie is picking something out of her uniform – bullets.  “You got shot?” Alex asks.  “Yeah, a lot,” Bobbie answers.  I laughed at this line – it’s good.  But then Bobbie does something very, very stupid, that nobody in the Expanse would ever do.  She throws the bullet away.  She throws a loose bullet onto the floor of a spacecraft. 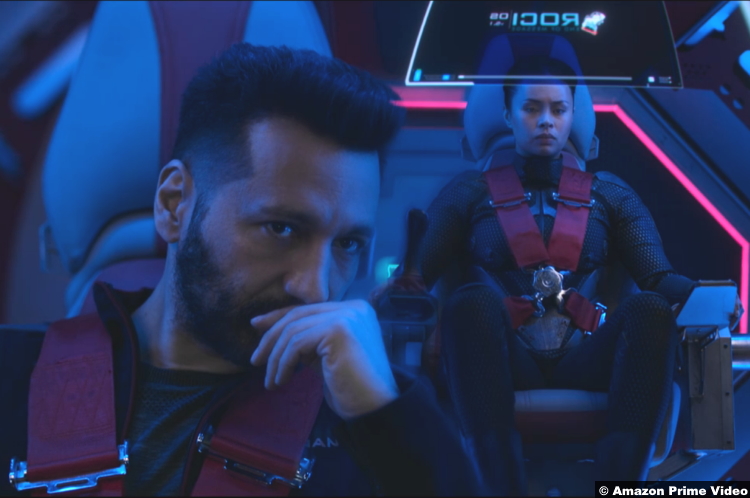 Um, the first time they go for a hard burn, one of the two of them is going to get shot with that bullet.  Am I missing something here, or was there not a major scene in an earlier season where some unsecured tools nearly kill some of the crew?

The Expanse is heading toward its endgame this season, and it’s going to be a big one.  And I can’t wait to see what happens next.

9/10 – One point off for the bullet thing.  Best actor for the season award goes to Dominique Tipper, and it’s not even close.  Her range of emotional acting ability is just astounding, and this episode brings out the best and most heartbreaking of Tipper’s talents.