Riverdale S05E05 Review: The Homecoming – What must Greendale think of this?

Wow, I never thought that the bonkers teen soap would pivot to being a bonkers adult show about civics and stuff. Of course, there’s still a lot of that makes no sense, but ba da ba ba baaaa, that’s Riverdale.

As we know, Archie’s come back to Riverdale to reboot the high school’s ROTC program. However, there’s no point in that if there’s not going to be a Riverdale High School. The school’s running on a skeleton crew as it is, and now Hiram’s trying to get them stripped of funding. 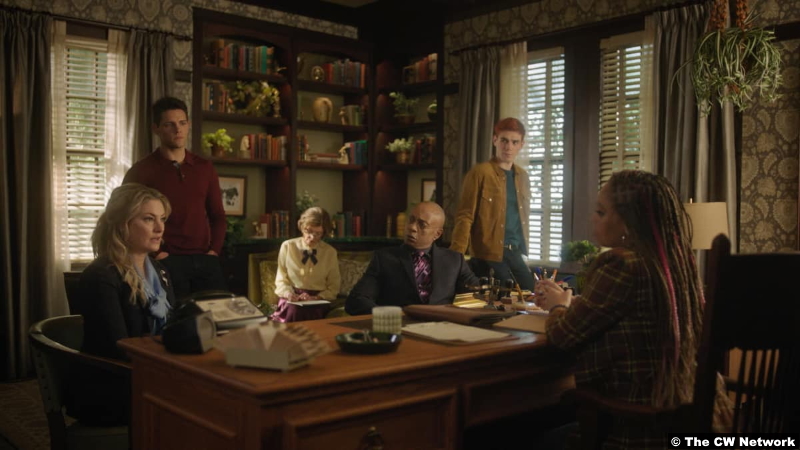 Of course, if he succeeds with his ultimate plan, having Riverdale unincorporated as a town, then it won’t really matter. They’ll lose their funding, anyway. Thanks to the ragtag group that Archie’s assembled, though, only half of Hiram’s plan comes to fruition.

Toni manages to bring Cheryl out of her solitude long enough to talk her into funding Riverdale High as a private school. It’s a little bit of emotional blackmail, but on the other hand, Cheryl was making noises seven years ago about making things better. So now she can literally put her money where her mouth was.

They don’t, however, save Riverdale from losing its status as an incorporated town. In a very casual show of hands–one of the things that make no sense–incorporation loses. And speaking of things that make no sense, at first, I was like, why would the residents of SoDale, even if they are “bougie mobsters,” want to live next to the Mad Max post-apocalyptic world that Riverdale has become? Like, wouldn’t they prefer to live next to the odd but functioning suburb it was before? 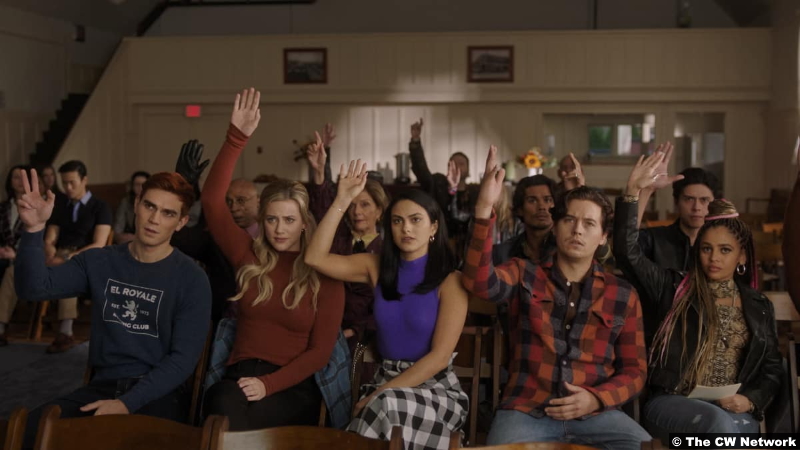 Then it hit me that this might be one of the most realistic developments ever on the show, whether or not it was unintentional. After all, in real life, rich communities live right next door to communities that have been left to fend for themselves. I’m thinking specifically of the “over the mountain” communities that surround Birmingham (Alabama), but it happens everywhere. New money and old money right down the street from no money.

And as I wrote this, I thought about what Greendale must think of this, but, eh, they’ve got their own problems. Anyway, Archie and Betty slept together–ain’t that fun? They’re now old enough, though, that they don’t make a big thing out of it. I hope that means that Archie won’t write a song about it, but you never know. While I’m on the subject of Archie changing, I must also say that I’ve noticed that he’s gotten…how do you say, undumb? He must have done a lot of reading in the Army–you know, on his days off from The War.

That military experience does come in handy, though, for another one of the items on his agenda. Specifically, he wants to evict the Ghoulies from his family home. He could do it the official way, but Reggie, who is now a bemulleted goon of Hiram’s, would just tip them off. So that’s what Archie does. With Reggie in tow, he tours the house, but can’t find any contraband.

However, it turns out that Archie–who, again, is smart now?–just took that little tour as a ruse. He knew he wouldn’t find anything he could use to kick them out. Instead, he was getting the lay of the land, finding out how many people were in the house, etc. Pretty sneaky, sis!

So then, in a scene that’s soundtracked by Sam & Dave’s “Hold On, I’m Comin’,” for some reason, Archie, Betty, et al kick a lot of ass. The Ghoulies are vanquished. For now. 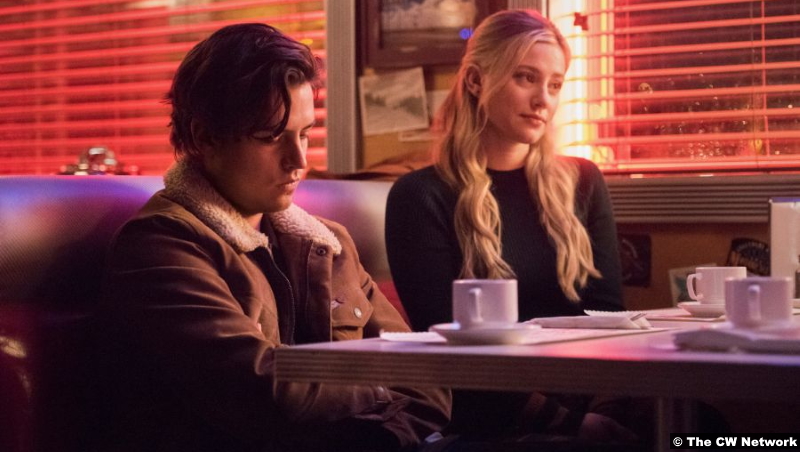 It was the Serpents, mind you, that helped in flushing out their enemies. And speaking of enemies, Jughead. It seems that he borrowed pretty darn liberally from real life to write that book he’s trying so hard to repeat. Fangs, aka “Toothy” in the book, and Sweet Pea (“Popeye”) are none too pleased.

And it’s not as if Jughead has a whole lot of other friends these days. The debt collectors, who must be really dedicated to follow him all the way to Riverdale for less than $10K, are on his trail. And with nowhere else (he can afford) to stay, he’s back in that fetid bunker. But hey, his agent says he’s got another book right there. All Jughead has to do is borrow some more town lore.

8/10 – This was basically supposed to be episode 2 of the new season, so that’s why it still feels weirdly like table-setting. It’s a slow one, but not a bad one. I just can’t get over how much more enjoyable the show is to watch now than it has been.