Well, that was unexpected. It turns out that when they jettison absolutely bonkers plotlines about a cursed roleplaying game or a serial killer or an agricultural cult or another serial killer, the show can produce a good and moving episode. Wild.

Since they wrapped up all of their ongoing (bonkers) storylines last week, we’re free this week to focus only on the graduation. And again, for once, everything’s relatively drama-free. That doesn’t mean, though, that there are no bumps in the road. 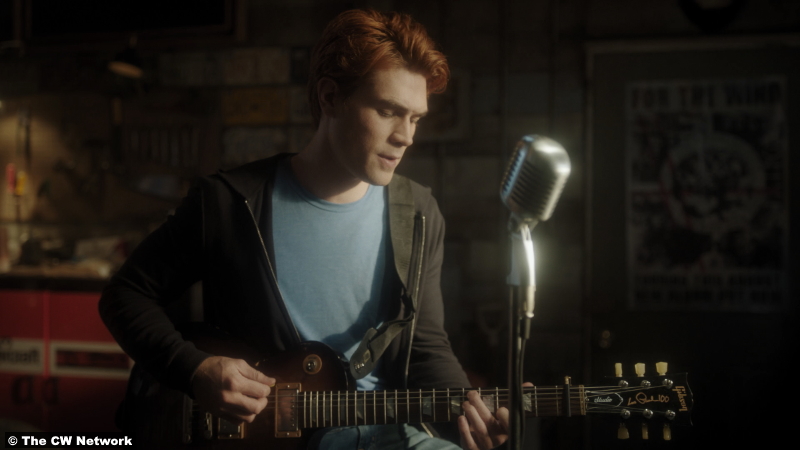 Archie, for instance, gets one right off the bat. After his disastrous senior year, I think he expected that he’d have to go to summer school to make up his credits. Unfortunately, it’s not that simple. He’s apparently so light on credits that he’ll have to repeat his senior year if he wants to graduate. Principal Weatherbee will let him walk with the rest of the grads, but that’s little consolation for Mr. Andrews. 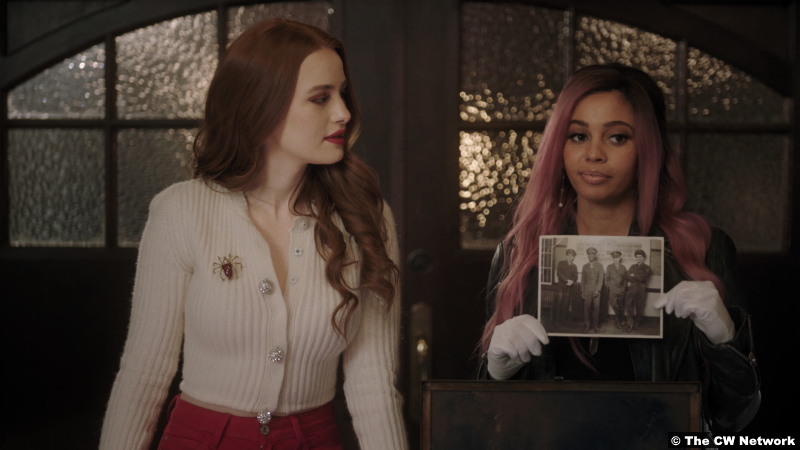 However, he does come up with an alternate plan. After the kids open an old-time capsule and Archie sees a pic of some Riverdale grads headed off to war, he also sees their ghostly visages at graduation. Then he marches straight over to the recruiting table and signs up for the Army. Veronica, to say the least, is taken aback. She asks Archie if he realizes “there’s a war going on,” and oh, my Lord. I am desperate to see this “war” going on in the Riverdale universe. They never really acknowledge any real-world stuff, like presidential elections or whatever, so this is going to be incredible, I just know it. Judging by the promo for the next episode, Archie is going off to fight in the trenches of World War I, and I could not be more excited for this ridiculousness.

Meanwhile, Jughead cannot help but notice the weirdness between Archie and Veronica, which he notes to Betty. That, of course, is a cue for Betty finally to tell him about what happened with her and Archie. Jughead’s little “oh, no” when Betty says she has to tell him something broke my heart, I have to admit. They even seem okayish in the moment, but they drift apart as the days creep forward, until Betty decides to leave early for school. 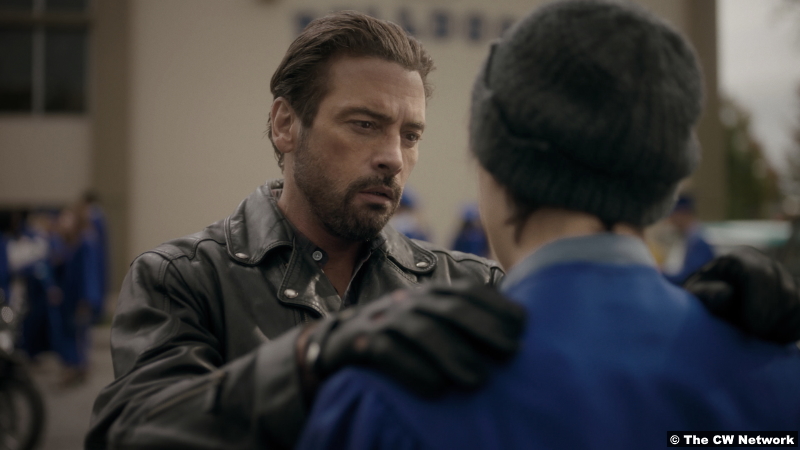 That sadly leaves Jughead all alone, as FP has taken Jellybean and moved with her back to Ohio. In a move that brings him right back to where he was when we first met, Jughead’s basically transient for the rest of the summer, staying first in the Andrews’s vacant home, at least until the gas is turned off. Then he spends his remaining time in Riverdale in the world’s grossest bunker.

Before they all part ways, though, they see off Archie, who’s leaving town on a US Army bus. A US Army bus, mind you, that pulls over when Archie asks nicely. What world is this? Anyway, it gives the core four a chance to say goodbye to each other. No worries, though, because they all plan to meet up at Pop’s the following year. Aw, but not so fast–Jughead is the only one who shows up. At least Pop owns his diner outright now, though. 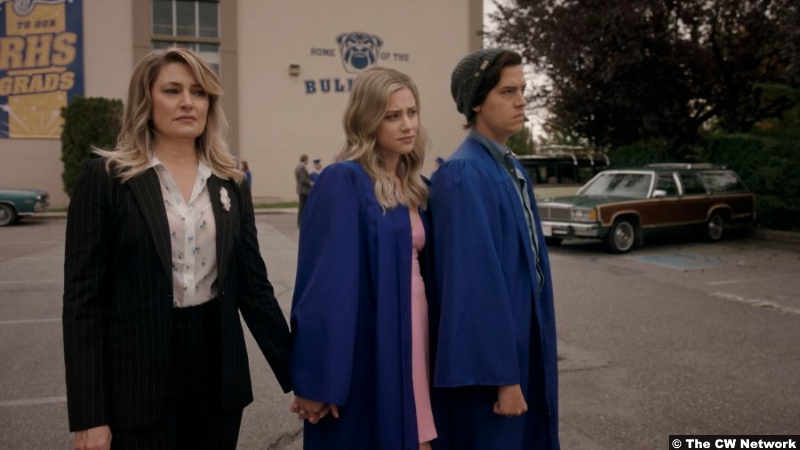 As for Cheryl and Toni, they also go their separate ways. Toni’s family is becoming more comfortable with the thought of her being involved with a Blossom. However, Cheryl decides to do an unselfish selfish thing. Instead of going off to college, she announces her plans to stay for a while in Riverdale and rebuild her family’s reputation. That’s a big hill to climb, but if anyone can do it, it’s Cheryl freakin’ Blossom. I have a feeling that when we come back after the time jump, she’s, in the words of Billie Eilish, “gonna run this nothing town.” (Welp, no. I’m now getting word that in seven years, it’s basically Hiramville.)

And that pretty much it. Next week, we’ll jump seven years into the future, when Archie’s a vet, Betty’s an FBI agent turned ace reporter, Jughead’s a famous author, and Veronica’s…married to someone called Chadwick. Alright, I guess.

9/10 – Again, by laying off their most absurd tendencies, the show is actually good? Big but true.