In the end, the solution to The Auteur mystery turns out, like so much of Riverdale, to be simple, sad, and silly at the same time. It also feels, like much of this episode, wildly rushed, since they have to finish up all these plotlines before we jump 7 years into the future. 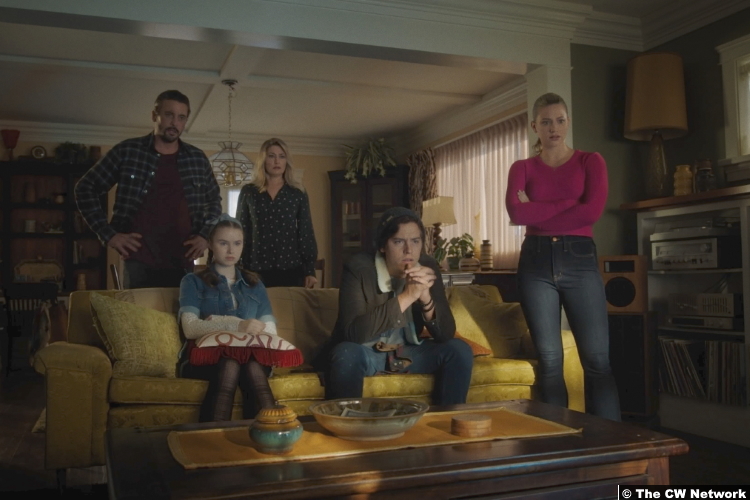 That means, for instance, that Betty and Jughead have to solve two mysteries at once. They don’t really know it while it’s happening, but The Auteur and the string of murders aren’t actually related. Well, the same person or persons is not behind both.

It all starts when Bret calls “Ponytail,” claiming he has info she needs to know. In exchange, he wants her to get him transferred to solitary. (In case you forgot, Hiram owns the prison. Anyway, I’m sure Veronica would love to do Betty a favor right now.) Betty kinda blows him off in the moment, but the next morning, she and Jughead head over to the prison. And that’s when they find out that Bret has been murdered, when they’re told by the least concerned corrections officer in history. He’s just like, “Ho-hum, oh, him? Yeah, he got his eyes gouged out–you know how it goes.”

But Bret is not the last of the Stonewall Prep kids to die this episode. And after his death, it’s very strange to me that Betty also blows off Joan when she calls, asking for help. Joan, too, is murdered. Once again, Betty finds this out through a very calm conversation. And once again, she’s not the last victim. David, the owner of Blue Velvet, is also found dead.

After the who-cares reveals of the murders, the reveal of the killer and the reveal of The Auteur both land with about as dull a thud as one can imagine. In fact, imagine it. I set up a drumroll, but it’s just me tapping on my desk with a coffee stirrer. Because The Auteur is…Jellybean.

It seems that she was so upset at the prospect of the brother she barely knows and hardly ever spends time with leaving town that she (and friend Ricky) concocted this unsettling prank. Jughead and Betty crack that case, FP half-hits the roof, and JB is off the hook with a mild apology. But I still want to know how she or anyone knew the details of Archie’s encounter with the Black Hood. Not only was she not even in town yet when that happened, but I’m also pretty sure that few people know exactly what happened. I’m honestly surprised that they didn’t throw in another reveal about her having corresponded with Hal or something.

Anyway, speaking of Betty’s family murderers, the serial killer. It’s Charles, because of course it is. We knew he had the serial killer gene (like Betty*), and we knew that he was up to something shady, because we already knew he had a relationship with Chic. So again, dull thud. And that’s it for those stories–done and dusted. Jughead still doesn’t know about Archie and Betty, though. 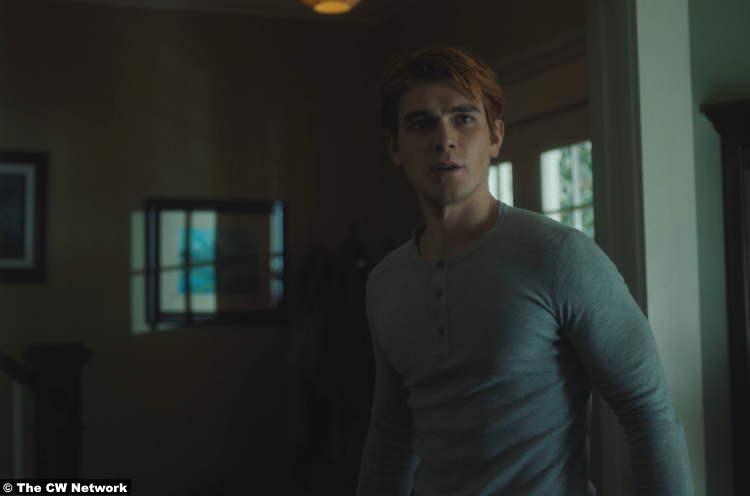 As for Archie, he finally comes to terms with Fred’s death. And again, it’s all very rushed, but KJ Apa does really well with the material he’s given. I understand that it would be hard to forgive the boy who killed his dad, but it’s something he needed to do. Carrying that anger for something that was ultimately a terrible mistake would only eat him alive. And I think Fred would have wanted him to let it go. 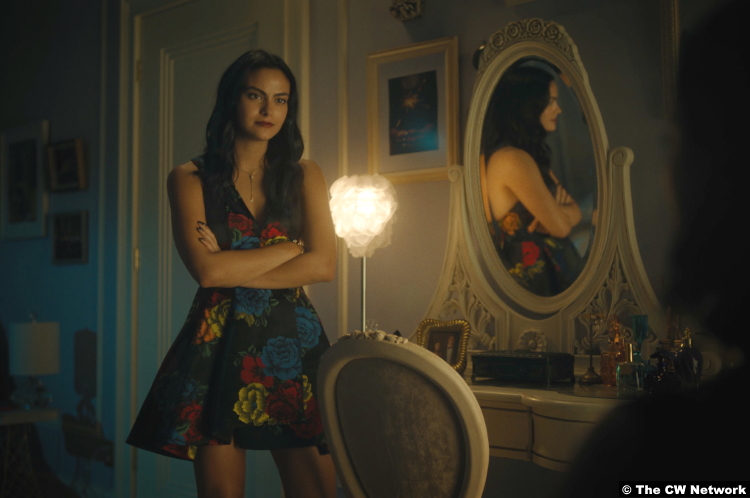 In other news, Veronica teams up with half-sister Hermosa to take over Daddy’s business. Hermione takes that as her opportunity to resign as well, except she’s leaving her marriage to become a Real Housewife. Alright. 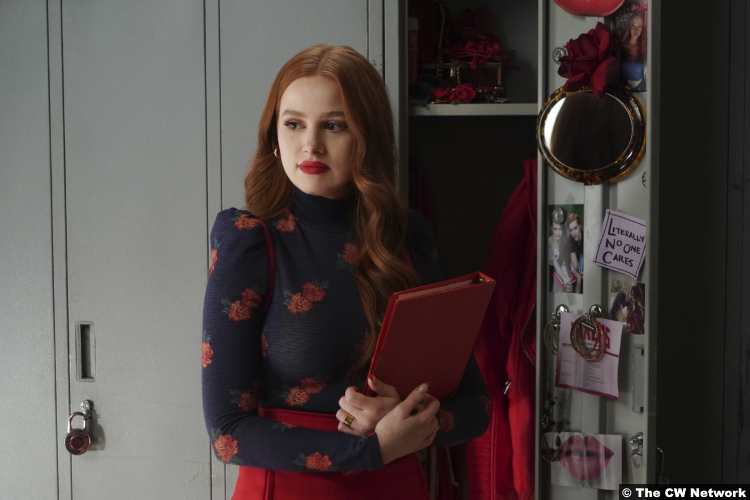 And Cheryl’s also making business moves. She appeals to her extended Blossom family to join her in making things right as the shareholders of Blossom Maple. They rebuff her efforts, partly because they’re still sore about Bedford Blossom’s death. And they just don’t want to give up anything to the Uktena people. So Penelope just up and murders them all, which, yep, feels right for her character. Just like that, everything’s wrapped up and ready for the 7 or 5-year (accounts have varied to the exact length) time jump.

7/10 – Again, this all would have played better if they’d put a little more time and surprise into the reveals.

*So since Charles and Betty share the gene, it would seem that they inherited it from Alice, huh?