Okay, so that wasn’t as easy or successful as me and the Drew crew thought it was going to be. But then again, whatever is on this show? 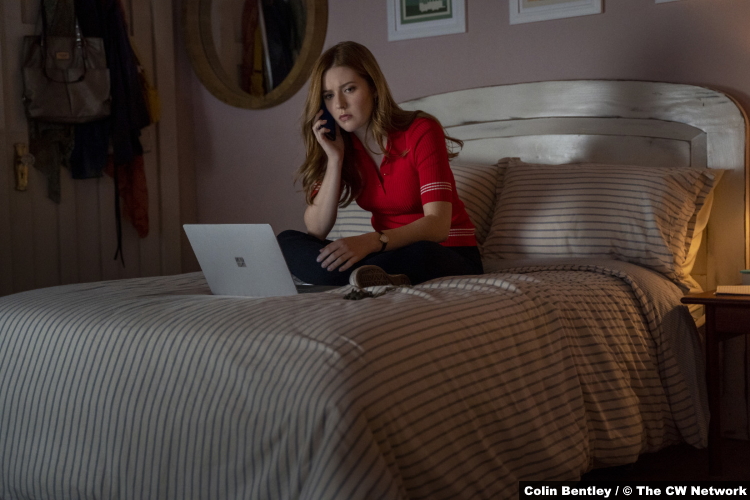 Before we get into it, though, let’s congratulate everyone, because Nancy Drew was renewed for a third season. I’ve liked the show from the beginning, but I have to say that I’ve really been enjoying this new season. I mean, don’t get me wrong–I’ll be glad to finish up the Aglaeca story and find some new mysteries. But I still like the ride so far.

Anyway, step one of the new phase of the Aglaeca plan is to find out who’s leaving those flowers. Imagine their surprise when Nancy does a little snooping at the florist’s and discovers it’s one Carson Drew who orders them. That means, of course, that Nancy has to talk to the dad she’s been ignoring for days.

It goes pretty well, all things considered. And despite Nancy’s first assumption, Carson is not at the center of yet another mystery. He has been putting in the orders for the roses but at the behest of a client. That client’s name? AJ Nishiyama. Or as the public, which definitely includes Bess, knows him, as AJ Crane (Peter Shinkoda), famed horror author. 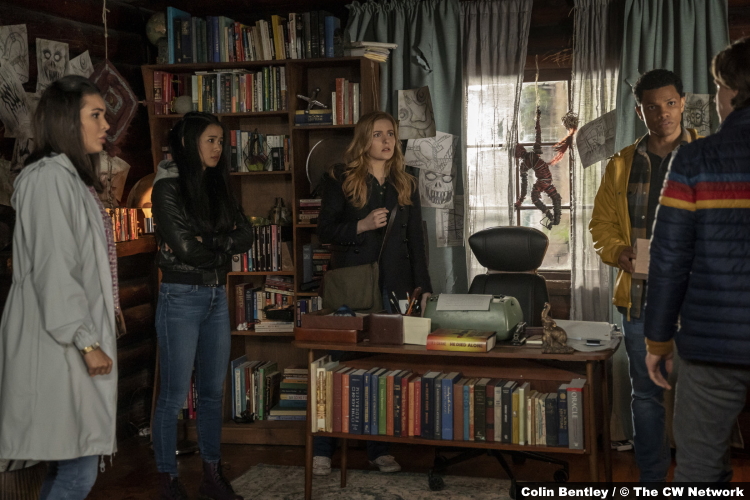 Carson agrees to take Nancy to meet the reclusive author–the solitary scribe, haha–at his creepy little bungalow in the woods. (I want one!) And since nothing has been simple so far with the Aglaeca business, it doesn’t start now. When he finds out why Nancy is there, AJ wants nothing more to do with her or any of this. So Nancy, who was doing so well with maturing, steals a talisman hanging outside the home. Babe, you remember how you get into this mess, right? By messing with magic that you didn’t fully understand? I just wanna make sure that we’re on the same page.

And speaking of stealing, the rest of the Drew crew is cottoning to a kind of plan B. What if they just return what the Aglaeca gave them? Surely that would pay the toll. So Ace steals the piece of Lucy’s skull from the police station. Again, it doesn’t quite work out like they’d all hoped. First, Ace agrees to have dinner with his dad* for Shabbat.

They don’t dine alone, though, because Tom has invited Detective Tamura to join them. Ace thinks he can throw Tamura, who’s said he’s half-Jewish, by asking him to recite the blessing over the bread. It’s actually pretty funny when Tamura starts rolling out perfect Hebrew. (Also funny: Ace’s “No, this is my Shabbat face” and Tamura saying, “No bones about it.”)

So obviously, Tamura knows that something is up. But they’ve got a bigger problem. The talisman isn’t meant to ward off evil; it’s meant to attract it. That’s how AJ thought he was fighting off the Aglaeca–by inviting meaner spirits to scare it off. Who can argue with a plan like that?

Anyway, none of this really matters much in the end. Because after a bit of hesitance, Nancy agrees to return her mother’s bones to the sea. It’s really a two birds situation. They can say “thanks, but no thanks” to the Aglaeca, while Nancy and her two dads can say goodbye to Lucy. Of course, and say it with me, it doesn’t work out like that.

First, AJ gets himself good and dead. We learn, by the way, that he and the ’75 gang called the Aglaeca to save Hannah Gruen’s life after they plowed into her parents’ car. Anyway, it looks for a minute like he thinks he can stop the Aglaeca if he returns Hannah to…not being alive? Great plan, chief. I’m sure the Aglaeca, presumably a murdered girl, loves it when you murder girls, especially in her name. Big surprise, then, that it doesn’t play out as he hoped. Again, he gets murdered (by a weathervane). 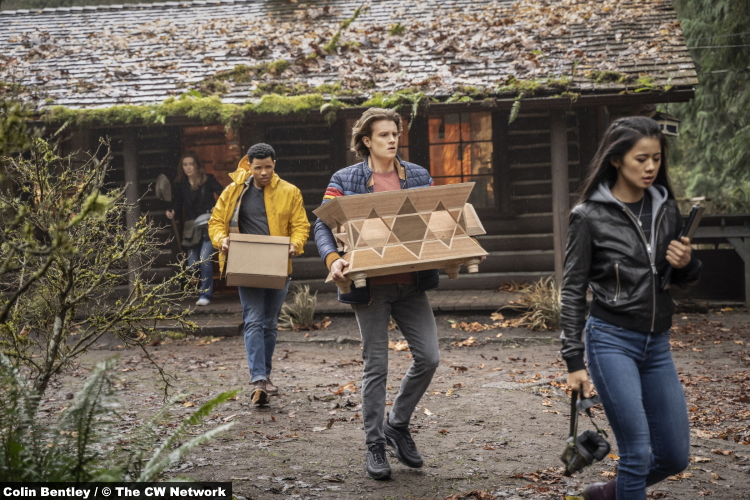 8/10 – There were a lot of sweet moments this week, which might be surprising in a show so full of ghosts. But I like that they take the time to flesh out these characters in a way that feels real and earned.

*And on that note, I cannot for the life of me find the name of the actor who plays Ace’s dad. But I love him.