You’d think that finding the right ghost-battling sea shanty in coastal Maine would be difficult, right? Regular ol’ needle in a haystack. But nope, it turns out to be pretty easy, even with the weekly ghost encounter.

Actually, make that multiple ghosts, because the Drew crew finds out that they’ve been having encounters with several of them. We already know about Rita, of course, the woman who applied for a job at The Claw. Well, she wasn’t the only one. Remember that guy who was weird with Nick (in a way that felt lowkey racist) at the Marvins’ party? Yep, ghost. 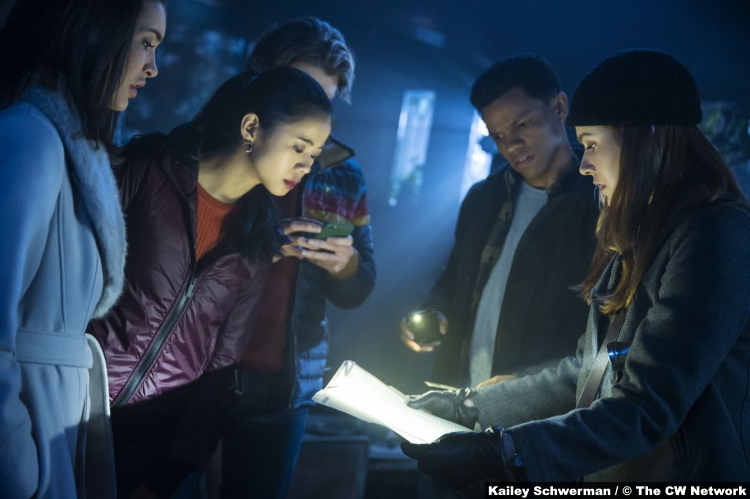 He’s John “Mac” MacDonald, who’s apparently confusing Nick with his one Black friend, Buddy. Mac had the 45 upon which the shanty was recorded, but it’s now missing. So now that the Aglaeca is looming, it seems that it’s stirred up Mac’s ghost, who keeps coming after Nick, wanting both a drink and the record.

And he’s not asking in a nice way, which is probably the most unsurprising aspect of the episode. The Drew crew are old hands at dealing with vengeful ghosts at this point. Anyway, all of this is complicated by the arrival of Nick’s mom, Millie. She’s come to try to convince Nick to come home, prompted by the death of a family friend’s son. This not only introduces some interesting dynamics into the storyline but also provides an opportunity for the show to incorporate some real-life issues in a way that feels earned. To that end, Millie worries about Nick, not just because he’s her son, but also because he’s her Black son, and so she has to worry that people will see him as threatening. 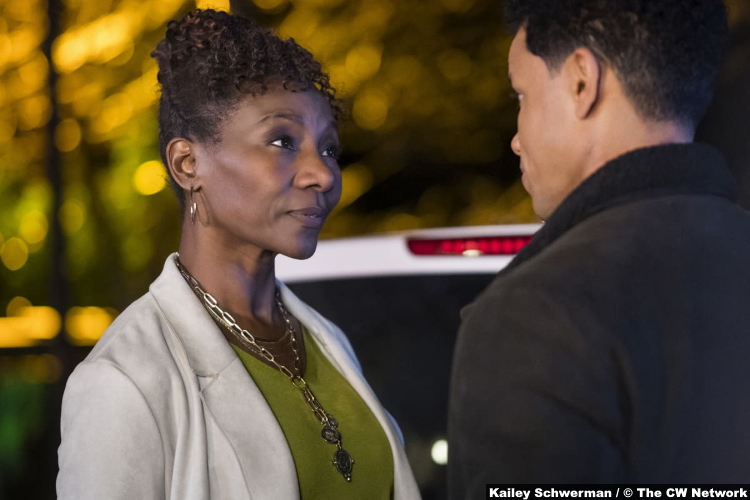 Again, it’s all done very well, as is her thawing relationship with George. They got off to a rocky start when they had a meet-uncute in town that culminated in George describing her as “bird-brained.” George later apologizes for this, explaining why she is as prickly as she usually is. That helps, but seeing George step in to defend Nick from Mac without a thought for her own safety really seals the deal.

That incident, by the way, also ends in the crew finding the 45. Unfortunately, the shanty, while a banger, is light on actual practical details. By that, I mean there’s no “If you want her to leave you alone, then bring her a coffee and a pretty gemstone” kind of advice. (Man, I should take up writing sea shanties.) However, it does lend some details on the real woman behind the Aglaeca. 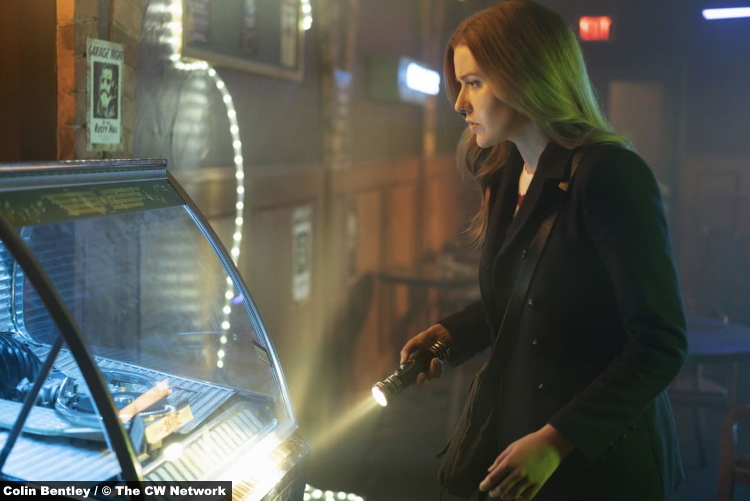 According to the song, Marvin was bringing Odette back to the States as his bride. Sadly, though, she died on the voyage and was “given to the sea,” after which she went full-Aglaeca. Odette, though, hid her own message within the song. She says she was not Captain Marvin’s wife, but instead they “stole [her] fortune and took [her] life.” If you don’t pay her toll, then you have a cool week before she comes for you. So that leaves, uh, approximately 3 days for the crew to figure out how to survive her.

But there might be a hint to that. When the gang visits the graves of Mac and his friends, all of them apparent Aglaeca victims, there are flowers and messages on their graves. Some of the messages are too degraded to read, having been rained on, but at least one is still legible. Someone signing their name as “Kitsune” says that they’re sorry. 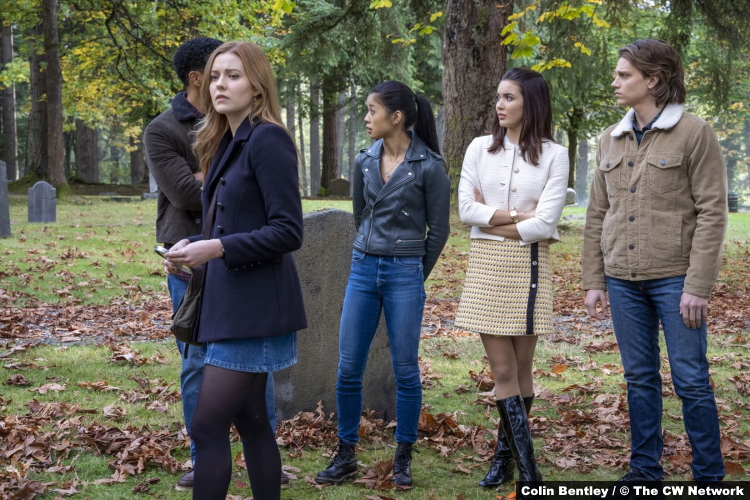 In case you didn’t know, kitsune is Japanese for “fox.” Conveniently, Nancy remembers seeing a fox–it was a tattoo on the arm of one of Mac’s friends. It appears that at least one of those friends survived. They determine it’s AJ, and if he’s able to leave fresh-ish flowers, then he’s probably still alive. And that means he knows how to beat the Aglaeca. And I know some other people who would also like to beat the Aglaeca.

8/10 – Another great episode! They’ve managed to keep the scare factor this season, while also increasing the emotional moments, which makes for a well-balanced show. Now if only we could see some thawing between Nancy and Carson.