Man, Nancy Drew (the character) has been through such an emotional wringer recently. So much so, that when this episode began with her in tears, I had to take a moment to remember why she was upset. Was it her dad? Whichever one of them?

And then I remembered. So I guess Owen is really dead, after all. And there’s no lack of suspects. Obviously, Ryan tried his hardest to make himself the prime suspect, but he needn’t have bothered. There are so, so many Marvins, after all, and any of them stands to gain from Owen’s death. 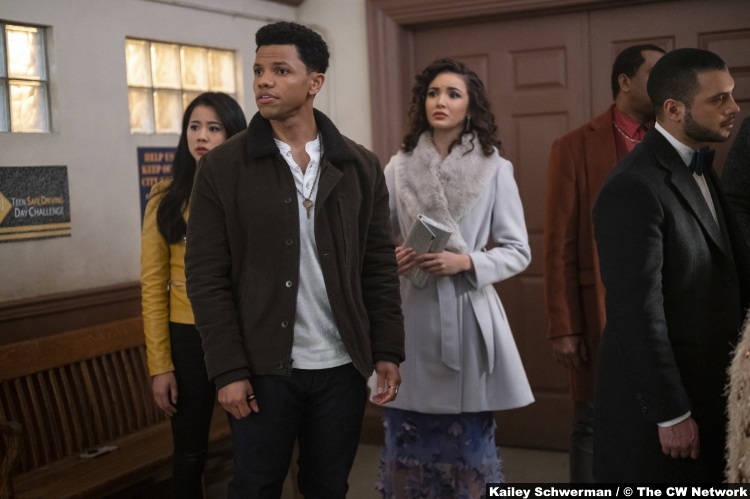 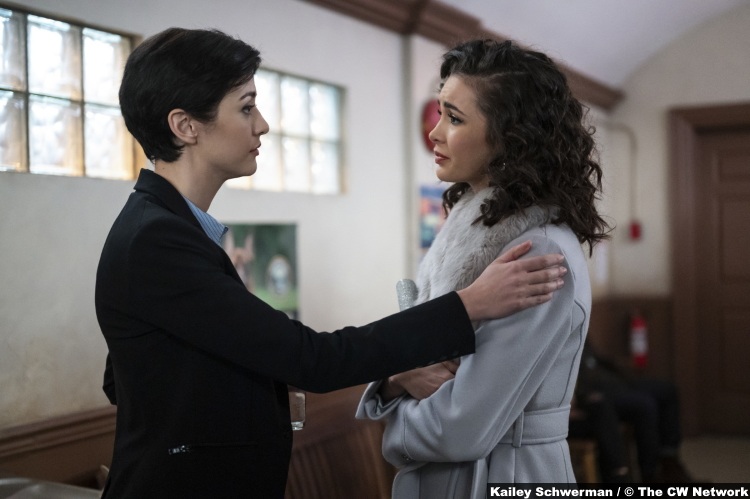 But as Bess discovers from Lisbeth’s investigation (and her own), none of the Marvins really had it in them to kill Owen. So, the Drew Crew assumes this must be Aglaeca business. And then they do what they always do in situations like this: conjure up a spirit.

Like, whaaaat? Yeah, because it’s gone so well with her so far. Anyway, let’s do this mess.

The conjuring ritual turns out to be a success, in that the Aglaeca shows up, but she’s not exactly forthcoming. I’m not sure what they expected here, though. Her previous appearances have been marked by terror–were they thinking she’d just pull up a square of carpet and chat with the gang? 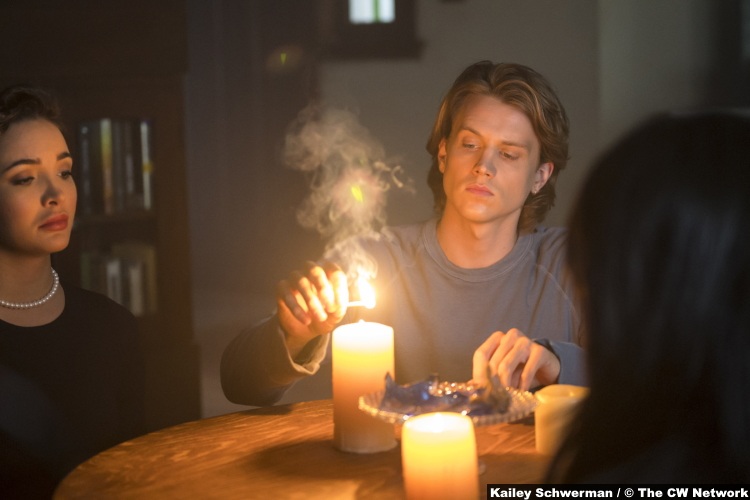 So, they have to go at it another way. And I’m really trying not to be judgy, but I’m tired and I’ve had my first round this week of our annual tornadoes. So my patience tank is a little low. But anyway, I can’t believe that it’s taken this long for them to think, hmm. Perhaps we should do some research on this angry wraith whose tumultuous rest we keep disturbing. After all, it was only last week that we all realized she was a real, live girl. 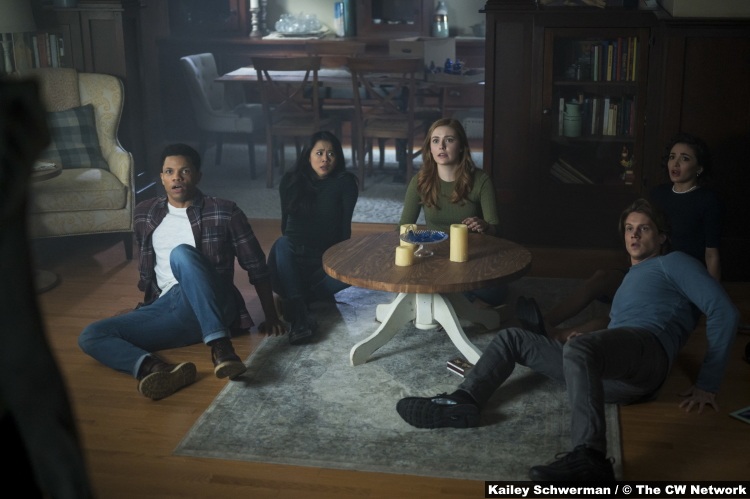 And the realizations keep coming. As Nancy and Ace go back to the historical society well, they find out a very important fact. They’d been assuming that since they didn’t pay Aglaeca’s toll, she’d be coming for them next. That is a reasonable assumption, I think, since they all had those scary visions. However, the historical society lady, whose name I still haven’t caught, disabuses them of that notion.

Apparently, when the Aglaeca takes what’s owed, she does a full sweep. In other words, she doesn’t kill folks one by one. She would have killed Nancy and Ace and the rest of the Drew Crew at the same time she killed Owen. In other other words, the Aglaeca didn’t kill Owen.

And if we weren’t talking about Owen’s murder, it would be kind of funny. They’ve all gotten so used to the supernatural that it didn’t even occur to them that it could be a regular degular human murderer. (It occurred to me, though, and I’m still wondering about that weird interaction Nick had at the party.)

So we’re back to humans again. And again, Ryan would be a great suspect, but he just found out Nancy was his daughter. I don’t think he’d murder Owen immediately after finding that out, especially knowing what he meant to Nancy.

In any case, traces of motorboat fuel lead Nancy to the real killer, her uncle Joshua. He looks like hell right now, after the electrocution, and he probably feels like hell. He did just find out that he killed his niece’s boyfriend because he wouldn’t help lure her to her death. If there is a silver lining in that ugly mess, it’s Nancy’s scene with Patrice. If she’s going to start to build relationships with her newly-revealed biological relatives, then I’d like her to have one decent one. Lord knows the Hudson bunch is sorely lacking in those.

And Lord knows Nancy’s going to need some support. Because the initial Aglaeca culling may be over, but there are signs that trouble is still coming. Outside of Bess’s scene, whose effects looked a little cheesy, those portent scenes were disturbing as hell. And so was the revelation that one Marvin knew about the Aglaeca a long time ago. Did that great-great-great encounter her at sea? Or did he have a part in making her?

9/10 – Although this is the unintentional finale–due to COVID-19 halting production–I think it’s a decent stopping point. I still want to know what’s going on with the painting and all, though. It’s not uncommon for there to be…unflattering histories in how old money families built their wealth, so I wouldn’t be surprised if Pepaw Marvin did something awful to get his.

Also, the Ryan and George scene was grrrrrreat!