The Stand S01E05 Review: Fear and Loathing in New Vegas – Is that it?

In retrospect, it was not the greatest plan. As Dayna (with a Y) detailed in her meeting with the committee last week, the plan on its face was dangerous. And that’s all without the inconvenient detail that Randall Flagg might have seen it all coming.

In fact, it takes Mother Abagail to point that out, in an interesting departure from the book. In the book, Mother Abagail goes missing before the committee decides to send spies into Vegas. The show, on the other hand, lets her stick around long enough to yell at everyone about what a dumb plan they cooked up. And I mean, yeah. He’s appeared in your dreams–he can definitely get into your head. (See again: Tom last week, introducing himself to Mother Abagail as “Tom, from my head.”) 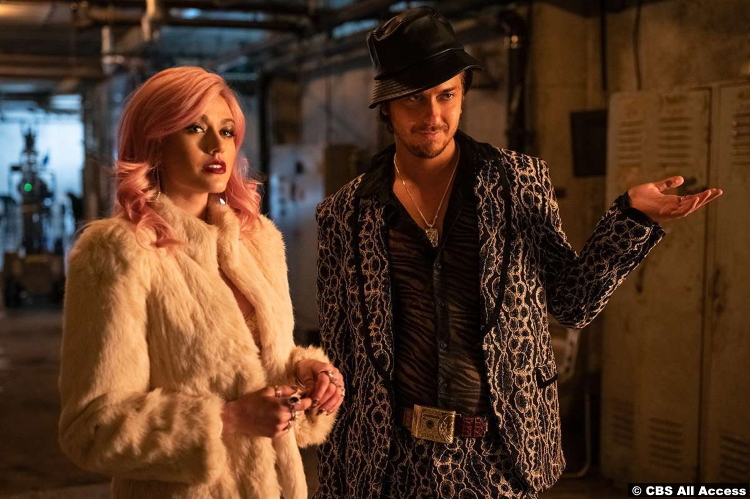 And it doesn’t help that Dayna is apparently asking so many questions that people are noticing. Even ding-dongs like Lloyd Henreid are noticing, to be specific. On a side note, I’m on the fence with his characterization. I think he should be a little more menacing as Flagg’s second-in-command. At the same time, they’ve made it clear that pre-Trips, Lloyd was about as sharp as a sack of wet mice. In the aftermath, his reinvention, which looks like he bought out all the pimp costumes at Party City, makes sense. This is the vision he would have of a cool and powerful guy. Or to put it another way, stealing a line from All the President’s Men that has become evergreen to me, especially in recent years: The truth is, these are not very bright guys, and things got out of hand.

Anyway, although both Lloyd and his new gal pal, the awful (but smarter than Lloyd) Julie Lawry, make some noises about Dayna’s questions, they really don’t seem that inclined to follow up. I’m not sure why a man like Flagg would install these two wastrels in his inner circle, but whatever, whatever.

Maybe that’s why he’s so keen on Dayna. I mean, obviously, he wants to meet her because he knows she’s a spy, but she also seems smarter than most of the people we meet. And better disciplined. We get just a brief glimpse of the new Vegas, but it’s kind of funny. Even knowing about the crucifixions and the debauchery we see this week, it almost feels quaint. Maybe it’s just the effect of my watching two seasons of The Purge (and the entire film series). Nothing I see here really seems that shocking. Perhaps it’s because everyone is still following rules. [Note: That’s actually the point of new Vegas in the book–it’s much more rigid and controlled than Boulder.] 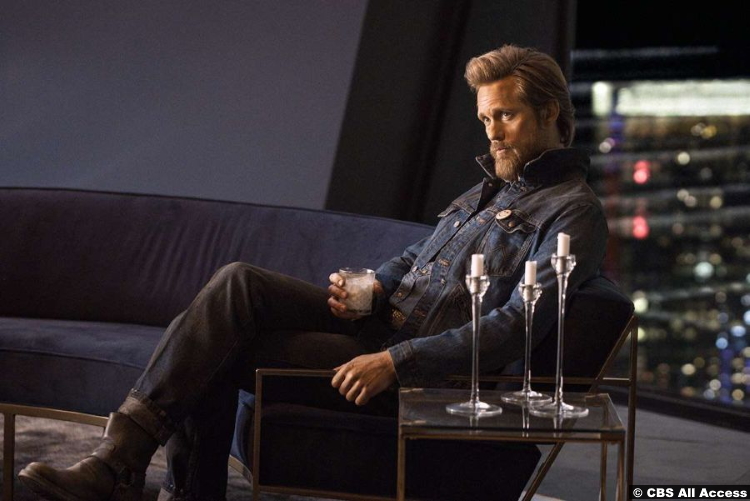 Whatever the reason Flagg wants to meet Dayna, I don’t think it works out as he’d hoped. At the very least, he’d planned to torture her to death to get her to reveal the third spy. Strange, though, as Dayna points out, that he can’t sense Tom. Stranger still since Dayna had a whole conversation with her fellow Boulderite. You’d think a community that crucifies people to send a message would have better eyes. Anyway, Dayna dies with her secrets, of course, rather than expose Tom. Let’s hope he heeds her warning, before Julie’s certain on his identity.

Meanwhile, back in Boulder, everyone’s buying the story Harold and Nadine sell about Teddy’s death. Or rather, didn’t sell–they seemingly just left him to be discovered as a “suicide.” Fran, however, doesn’t seem as convinced, probably because she’s known Harold longer than anyone there. As such, she invites him to dinner at her and Stu’s place. And he’s a creep during the dinner, getting Fran to “remember” a moment between them that didn’t happen. I have my theories on why he does this, but I’d like to hear from other people. 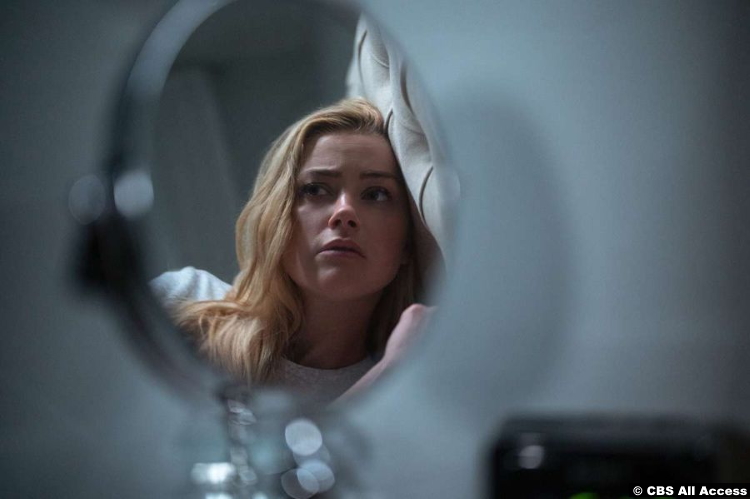 By the way, the real reason Fran’s invited him over is so that Larry can search Harold’s house. Like Harold, it’s creepy, but there’s no real smoking gun. But now he knows they’re onto him to some extent, and he’s planted a camera in Stu and Fran’s bedroom. At the same time, Larry’s agreeing to this task meant that he couldn’t bang Nadine. I know that sounds weird, but she’s desperate to lose her virginity because she thinks that Flagg won’t want her anymore if she does. Because despite the part of her that’s already tied to him, part of her is still good, too, as Abagail points out. But not much longer, maybe.

7/10 – This episode went over an hour, which is too long for the little amount of actual story they had. And again, Dayna’s recounting last week of her mission is more terrifying than the actual Vegas turned out to be. If they were going to change it so much from its source material, then they should have dialed down the camp, maybe shown us more of Tom’s life in Vegas, to make it more realistic. And please, I beg for a single crumb of character development. As it is, we barely know Dayna, so her death isn’t as moving as it should be. Owen Teague is doing a great job with Harold, though.

Other notes: Mother Abagail signs her goodbye as “Abigail” (with an I), which is weird. Both the book and everything having to do with the show use the with-an-A spelling.

Also, speaking of names, this episode was originally titled “Suspicious Minds.” That was the Elvis song–fun fact: my favorite Elvis song–playing in Flagg’s room when Dayna entered. That’s your first hint that he’s just going to eff with her.