The Stand S01E04 Review: The House of the Dead – Character development?

There’s a moment in this week’s episode that plays as fantastic and unreal as anything I’ve ever seen in a Stephen King adaptation. It’s the part where after they get the power back on in the BFZ, Larry plays a rousing rendition of “America the Beautiful” for a cheering crowd. The Stand‘s already had bad luck with releasing their pandemic horror in the middle of one, but watching a happy patriotic moment after that mess in DC just feels surreal.

Not that that’s really the focus of the episode. In fact, there’s not really any focus, which is one of the two biggest issues this week. The other is what I’ve mentioned before, that the flashbacks have no sense of urgency. Thank goodness they give us so many in this episode.

We see, for instance, Harold finally making his move with Frannie, who unsurprisingly rejects it. Tom Cullen often includes a detail in his introduction about his inability to read social cues. However, Harold rivals him in that category. Frannie could not be giving off more of a “please don’t” vibe, but still Harold forges ahead, telling her that he’s loved her since forever. 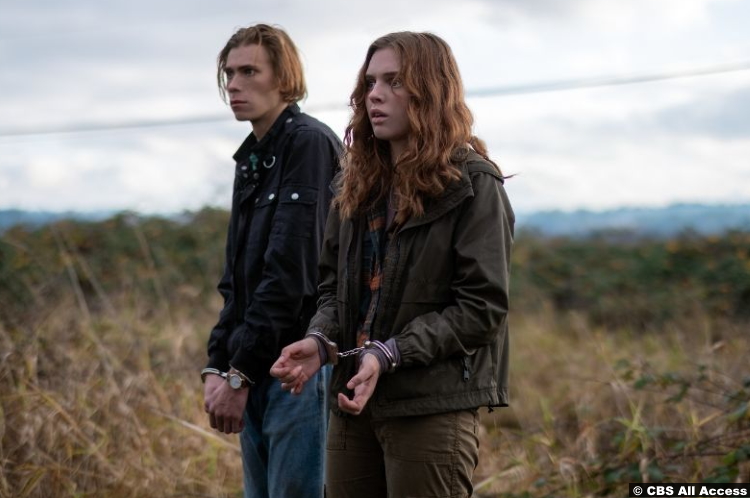 It doesn’t make that moment any better when they stumble upon a trap. I’d been wondering when and if the show would depict something like this–the violence that people would inevitably enact when there are no rules. After all, not all the survivors are angels.

Anyway, what they find is a guy apparently trying to build a harem. He humiliates Harold, which, to be fair, doesn’t take much work. And he’s about to sexually assault Frannie when Glen and Stu roll up. The women the stranger’s taken captive fight back. One is killed, but Dayna (Natalie Martinez) manages to beat the man to death. All of the survivors are now BFZ residents, though, so we knew they’d survive. The only surprise besides “Will Frannie be raped?” (ugh), is Dayna. So my question here is, why are they showing this to us? I think it’s for two reasons. 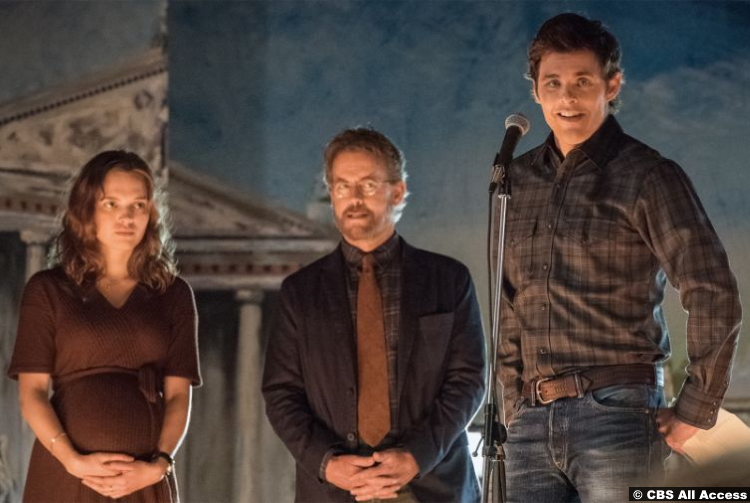 One, it furthers the Harold is a big dang loser narrative. And two, perhaps more importantly, it shows us what kind of person Dayna is. This will tie into the present time, in which the committee asks her to do something. But before we get to that, the rest of the BFZ residents are now predictably anxious. They may not have seen the sound and light show the visitor from Vegas put on, but they heard about his condition. The committee, maybe fatefully, decides to tell them an abbreviated truth. Yes, a man came and was in bad shape, to which they attribute his meeting some bad dudes on the road. I mean, yeah.

At the same time, they’re making plans to infiltrate Las Vegas. Mother Abagail doesn’t want them to do this, but I guess they all know better than the magic lady who appeared in their dreams. Anyway, none of them can go, so they have to pick people. It’s a tough decision, because the people they choose have to understand the stakes. 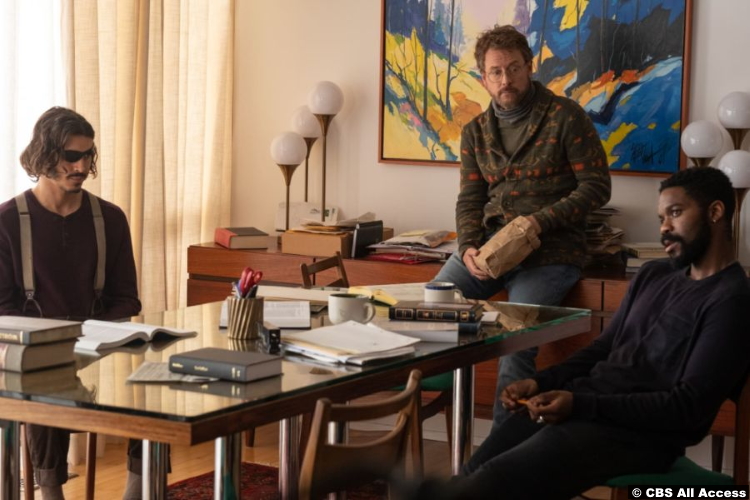 Dayna gets it right away. She has to travel through the mountains and the desert, where any car trouble will essentially be a death sentence. Then she’s got to talk her way into this dangerous community, learn enough but not seem too interested, and then sneak her way back out, crossing the desert and mountains again.

Despite the risks, though, Dayna’s in right away. And so is their next pick, the former judge Farris (Gabrielle Rose). However, their third pick is a little unconventional. M-O-O-N and that spells Tom Cullen. Tom, of course, might understand how treacherous this mission is. But he’s in, too.

We see through another flashback some of Nick and Tom’s travels. They meet Julie Lawry (Katherine McNamara), who’s awful. But is she really that worse than the committee sending sweet Tom off to meet basically the devil? (By the way, though, I did laugh when they found Mother Abagail and Tom introduced himself as “…Tom. From my head.”)

7/10 – Theoretically, the decision to send the trio into Vegas should have been the focus of the episode, but with so much else going on, the whole thing just felt scattered. Also, character development? Never heard of her.

Oh, but I have heard of Stephen King, one of the smiling seniors in the Hemingford Home ad Nick and Tom saw.