First of all, lmao to the show looking like it’s going to center a female character for once, then pivoting to show us more of Stu’s backstory. Truly stupendous, no pun intended. No one’s dunked on me this hard since the mean waitress at my favorite buffet took away my plate right when I was about to take a bite. (She’s the meanest; I love her so much.) 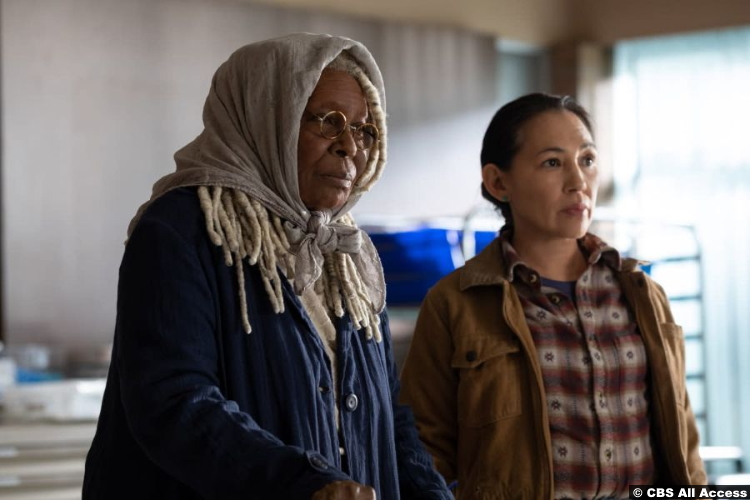 Granted, we do learn quite a bit about Nadine, enough to know that she’s a potential threat to the happy assholes (and their effin’ dimples) in the Boulder Free Zone (hereafter BFZ). Because while we’ve learned that the survivors of Captain Trips have been hearing from Randall Flagg or Mother Abagail since the outbreak, Nadine’s been getting the call since she was a girl.

We see this in a flashback to her youth, when she and some other girls at a kids’ home (?) try to play an innocent game with a writing planchette. Immediately it reacts, first spelling out just her name and then a whole heap of nonsense, including the detail that she’s meant to be Randall Flagg’s queen.

I realize this isn’t illuminated in that scene. However, I’m making assumptions based on the later one, when adult Nadine consults a writing planchette again. (And again, I’ve also read the book.) In this contemporary scene, Nadine seems somewhat conflicted. She desperately wants Flagg’s attention, mainly because like Britney Spears, her loneliness is killing her. Still, she seems hesitant when Flagg demands that she take out the BFZ Committee. The master manipulator may realize that she doesn’t have it in her to commit mass murder, so that’s probably one reason why he wants her to loop Harold into it.

The Committee, though, should realize that some kind of threat is coming, though. I mean, I don’t know how much plainer it has to be. A guy who’s previously been crucified, but not all the way apparently, manages to drive himself to the BFZ, where Stu and Larry find him. They take him to their makeshift medical facility, where he’s obviously unwell but still kind of stable. Then that, uh, changes. 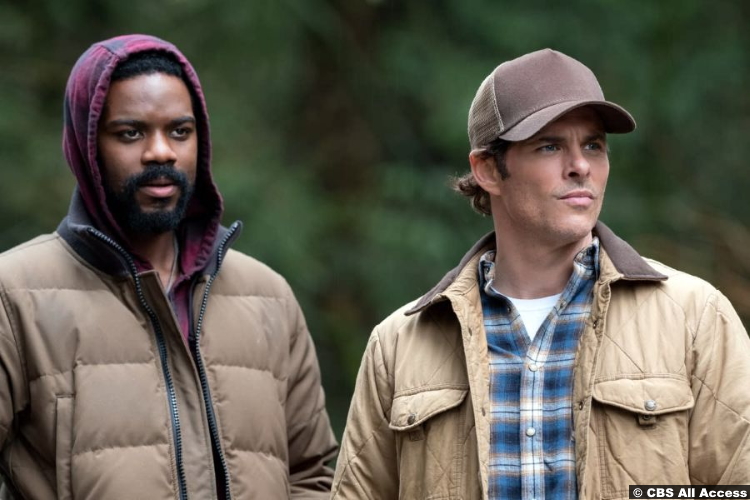 After giving a few details about what’s going on in Las Vegas–slaves and more crucifixions, yikes–he is filled with not-Christ’s not-love. Channeling Flagg, he goes full Big Bad Wolf–rude–and tells them, “I’m gonna blow your house down!” There’s no cool way to react to that, so the group is pretty much stunned.

The Committee, incidentally, includes Larry, Stu, Fran, and Nick Andros (Henry Zaga), all of them handpicked by Mother Abagail. (In a departure from the book and the previous miniseries, it might also include Ray Brentner (Irene Bedard), who’s also now a lady, but they haven’t made that clear yet.) We get part of Nick’s backstory this week, too.

One night Nick went to a bar, where he accidentally bumped a drunk guy’s drink. Nick is deaf and so, didn’t hear the guy when he was protesting. This apparently sent this fellow into a murderous rage, because he viciously attacked Nick. It must have been so scary for him, especially since nobody stepped in to stop it. Anyway, Nick is unconscious, likely comatose, for a while. In his dream state, both Flagg and Abagail visit him, and both offer him something.

However, Flagg offends him by offering to change him, as if there’s something wrong with him. Mother Abagail, on the other hand, just wants to help him reach his potential. Unsurprisingly, he leans toward her. Nick, after all, is the same guy who woke up in a very Walking Dead pilot situation–almost alone in an abandoned hospital–and found out that the only other patient was the man who attacked him. The man is now dying of Captain Trips and Nick comforts him in his last moments. That kind of guy doesn’t go with Flagg. He probably does go with Tom Cullen (Brad William Henke), though, since Mother Abagail told them to find each other. M-O-O-N. 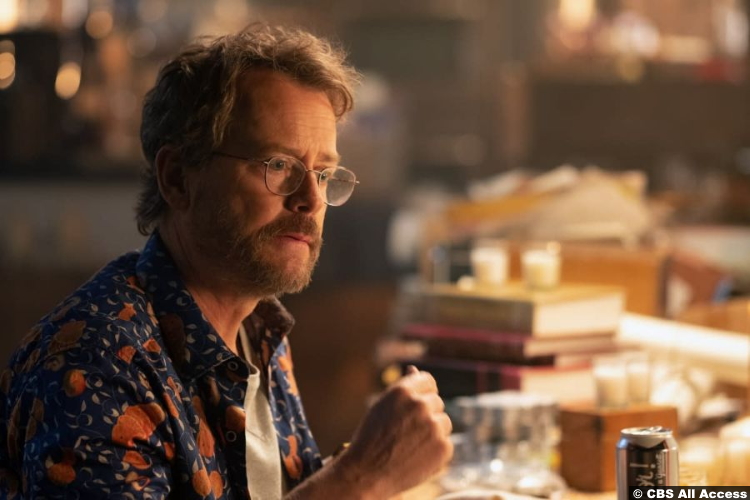 Also in flashbacks, we meet Glen (Greg Kinnear), a widower Stu stumbled upon. Glen too has been having dreams of Mother Abagail, dreams that he puts down on canvas. She’s not the only thing he paints, though, as there’s also a painting of a pregnant Fran. Hmm. What part will she (and her baby) play? We’ll find out.

(And on that note, Fran is concerned this week about her baby because his or her late father was not immune to Captain Trips, so she wants to know how that will affects baby’s immunity–another thing we’ll find out.)

7/10 – I’m still enjoying the show–I liked the book and I like these actors, so it’s hard not to. Still, it feels like we’re doing a lot of establishing and not a lot of getting to the story already in progress.