The Mandalorian S02E02 Review: The Passenger – Full of adventure

We’re covering Disney+’s flagship Star Wars show, The Mandalorian, which just kicked off its second season. You can find our coverage of past episodes here…

Last week brought us the first episode of a new season, and though it was a mostly inconsequential outing, it nonetheless offered plenty of fun moments and easter eggs to keep Star Wars viewers happy…

The Mandalorian S02E01 Review: The Marshal – A spaghetti western meets a kaiju

This week was, in many ways a carbon copy of week one, at least in terms of its fun plot and seemingly inconsequential point vis-à-vis the whole narrative of the show. There is one big difference, however, between last week and this, which made things a little better.

Last week felt inconsequential from beginning to end. When it was over my feeling, despite enjoying myself, was a slight sense of “that’s it?”  Not only did it feel like it added very little to the overall plot of the show, I didn’t feel like it did anything to entice me to watch the next episode.

Now, of course, I say that and I must offer two caveats.

First, clearly the brief cameo of Boba Fett (presumably) at the end of the episode added to the overall mythos and it’s reasonable to think we’ll catch up with Boba later. Nevertheless, since Mando never interacted with Boba, nor did literally anyone else, it feels like little more than a tease than actual plot development. That’s what I mean when I say nothing added to the overall story; nothing yet has.

Second, obviously I need little to entice me to watch the next one. I love Star Wars, I love the aesthetic and production value of the show, I love the father-son relationship between Mando and The Child. I am coming back next week, that’s a given. But there was nothing in episode one that specifically earned my return-viewing. It didn’t hook me and make me say “wow I can’t wait to see where this goes…” Maybe you thought that about the Boba tease, but the fact that there was no follow-up to that tease in this week’s episode should tell you that you shouldn’t have gotten excited based on the Boba Fett sighting.

So last week was a fun episode, loaded with exciting “Saturday morning cliffhanger serial” easter eggs, that didn’t do anything particularly special story-wise, and ended with me having a “that’s it” feeling. 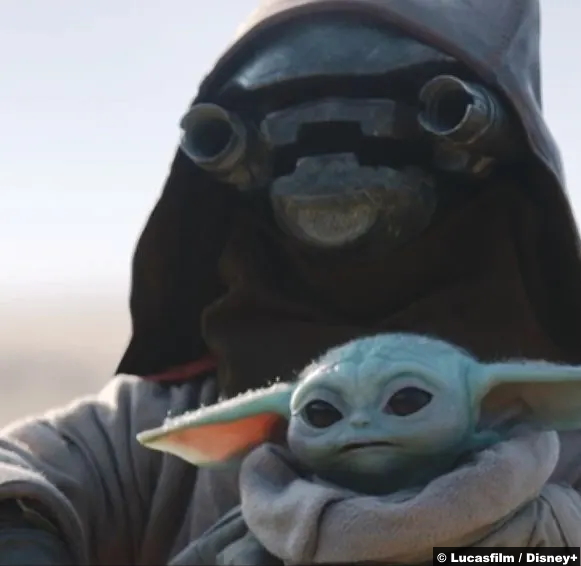 This week was a fun episode, loaded with exciting “Saturday morning cliffhanger serial” easter eggs, that didn’t do anything particularly special story-wise…BUT did one little thing that took away the “that’s it” feeling and gave me a specific reason to tune in to episode 3. What was that one little thing?

Strangely enough, it was the lack of an ending.

Seriously, this episode was only 42 minutes long, but they easily could have tacked on another 2-5 minutes at the end if they wanted to wrap up the story in a neat little package. They could have shown Mando and his passenger land on the rendezvous planet, watch the frog lady and her husband be reunited and have some kind of a music swell to the iris out. In fact, I was 100% expecting just that ending. It would have made sense too, and had it happened the episode still would have had a partial answer to the “that’s it” question: The family-focused reunion ending could have been presented as a microcosm of the Mando/Child relationship.

But that didn’t happen. Instead, the last shot of the episode was of Mando’s ship flying away from their harrowing escape of the ice planet. And instead of me saying “that’s it,” I watched the credits roll thinking “ah-ha…” The episode has left our hero in a changed state. He was the conqueror last week. He slayed a dragon, after all. Storytelling 101 says it’s good to give the hero some obstacles to overcome, otherwise there’s no drama. You can’t keep manufacturing one-off obstacles, either. That gets boring and every week the viewer becomes conditioned to see the villain of the episode as a paper tiger. Instead, your hero needs a wound, something that festers, lingers, keeps him less than 100%.

This week gave us that. 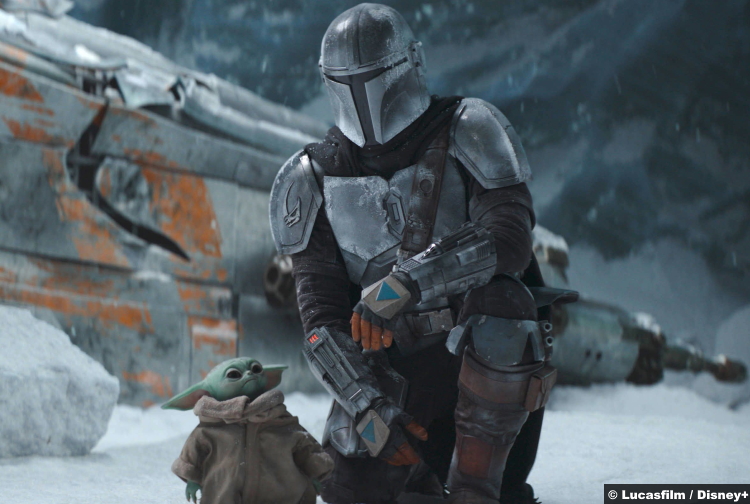 The final shot of the episode was not a ship flying away. It was a ship flying away, badly damaged, and unable (due to plot circumstances) to escape into hyperspace should trouble arise. They are, as the saying goes, fish in a barrel right now. So while the episode wasn’t really a cliffhanger, it had enough of an open ending to keep me wanting to find out what happens next.

Take that win and add to it the fun dialogue between Mando and the X-Wing pilots (with Dave Filoni making his second cameo as a pilot), as well as the appearance of the giant spider(s) that is a deep cut from Ralph McQuarrie art for Empire Strikes Back, and unless I’m mistaken, the alien that held a knife at The Child was the same species as the one that bothered Rey on Jakku in TFA (but that could just be a coincidence in terms of costuming). Either way, there were some fun easter eggs to point to, and I didn’t even go back to re-watch the Tattooine scenes, where I’m sure I missed a few more (was that Sabaac they were playing?). 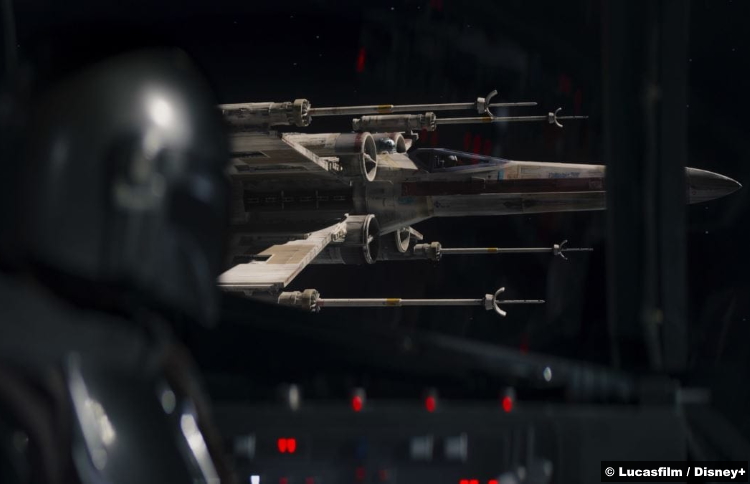 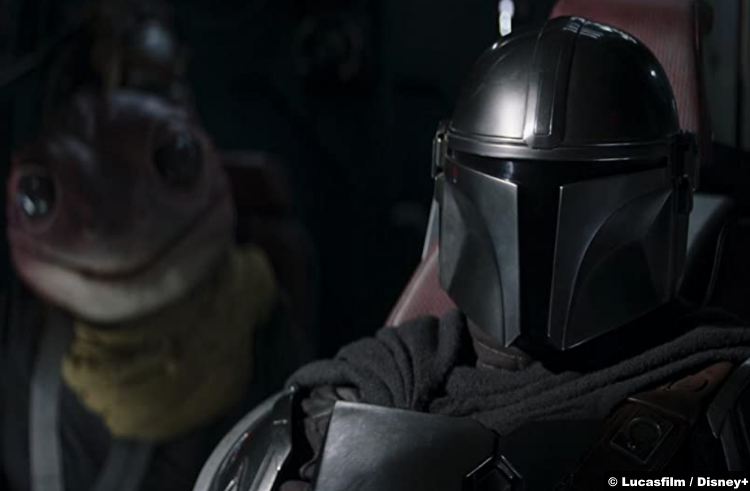 So, going by the multi-level grading system I used last week…

Did the episode satisfy me as a TV show watcher? Yes, more than last week because it had a solid hook at the end.

Did the episode satisfy me as a Star Wars fan? Yes, maybe not as much as last week, but yes.

8/10 – I almost want to give The Passenger a 9 but it didn’t do quite enough in terms of “wow” moments to merit that score. Still, this was another solid outing for what has settled into being a very solid Star Wars show.